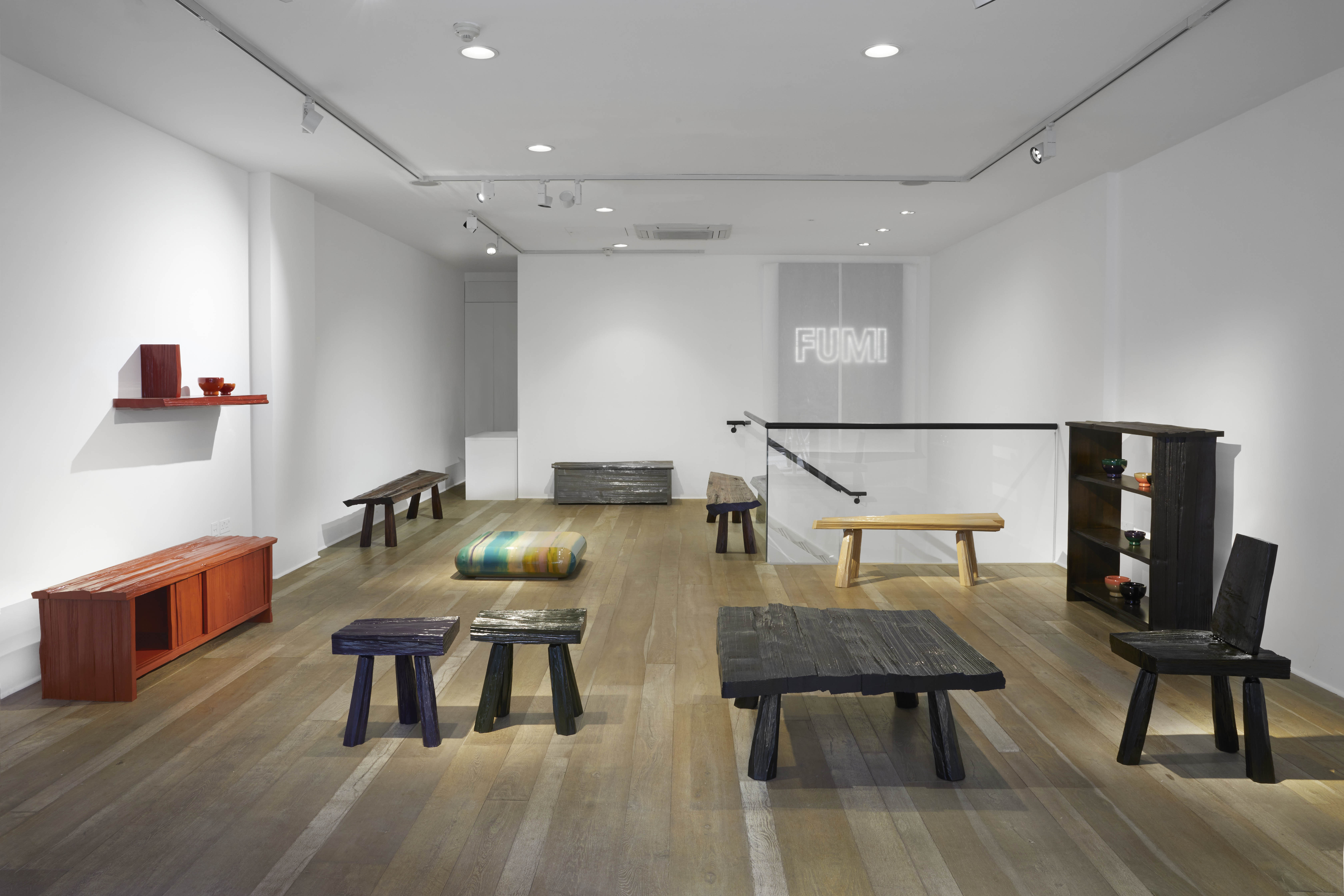 URUSHI Wajima is an exhibition of new work by Max Lamb for Gallery FUMI. The oldest urushi object is about 9,000 years old and was found in Hokkaido, Japan. Fast forward to the 21st Century and you will find Max Lamb travelling, on numerous occasions since 2013, to Wajima in Ishikawa prefecture, Japan to work with the craft of urushi lacquer. Max Lamb is a designer with a mission: give him an existing tool, or an existing material, or indeed both, and he will single-handedly transform it into something you will find immediately familiar but

which you have never seen before. This time (and time is the essence here), Max’s hyperactive no nonsense, no small talk attitude comes face to face with the incompressible time-making necessities of the urushi lacquer process. In this technique, the resinous sap from the lacquer tree ‘toxicodendron vernicifluum’ is slowly (extremely slowly by today’s production standards) coated layer by layer by layer, typically onto a wooden object, to create a stunningly crafted and highly durable product. Max is most comfortable being a swiss army knife of one. He makes everything himself, learning to use and brilliantly misuse tools and techniques. With URUSHI, however, he surrendered to an ancient method that is collaborative, in which a woodworker brings a wooden bowl, cabinet, table or stool to his neighbour who applies an urushi undercoat. They then take it to the other side of town to several craftspeople who in turn cover the previous artisans’ work in additional coats of lacquer. Each layer disappears below the next, until the last layer of urushi is finally perfected by one of the only two remaining polishers in Wajima who gives the inimitable shine of urushi by polishing the object with his printless fingertips. This slow human conveyor belt will last months as each layer of urushi dries the way nature intended, in actual time. For this body of work comprising tables, cabinets, shelves, stools, benches and chairs, Max Lamb learnt to work in a new way that relies on other people’s rituals and language, his modus operandi both uniting and colliding with the skills and minds of more than 22 craftspeople.

To celebrate this communality of the working process, Max has selected artworks designed and made by his many collaborators to exhibit alongside his own. URUSHI IS NOT ALONE. 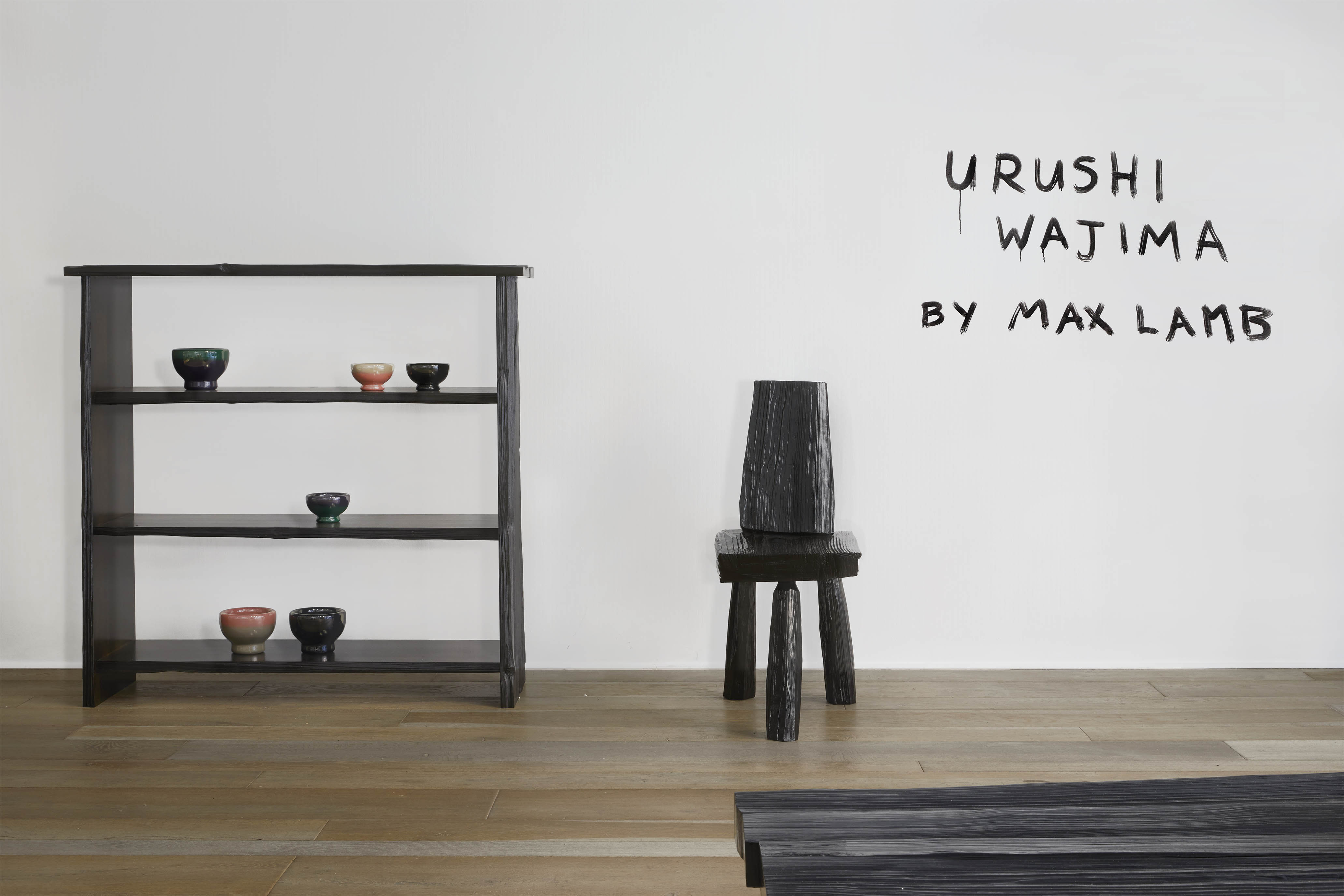 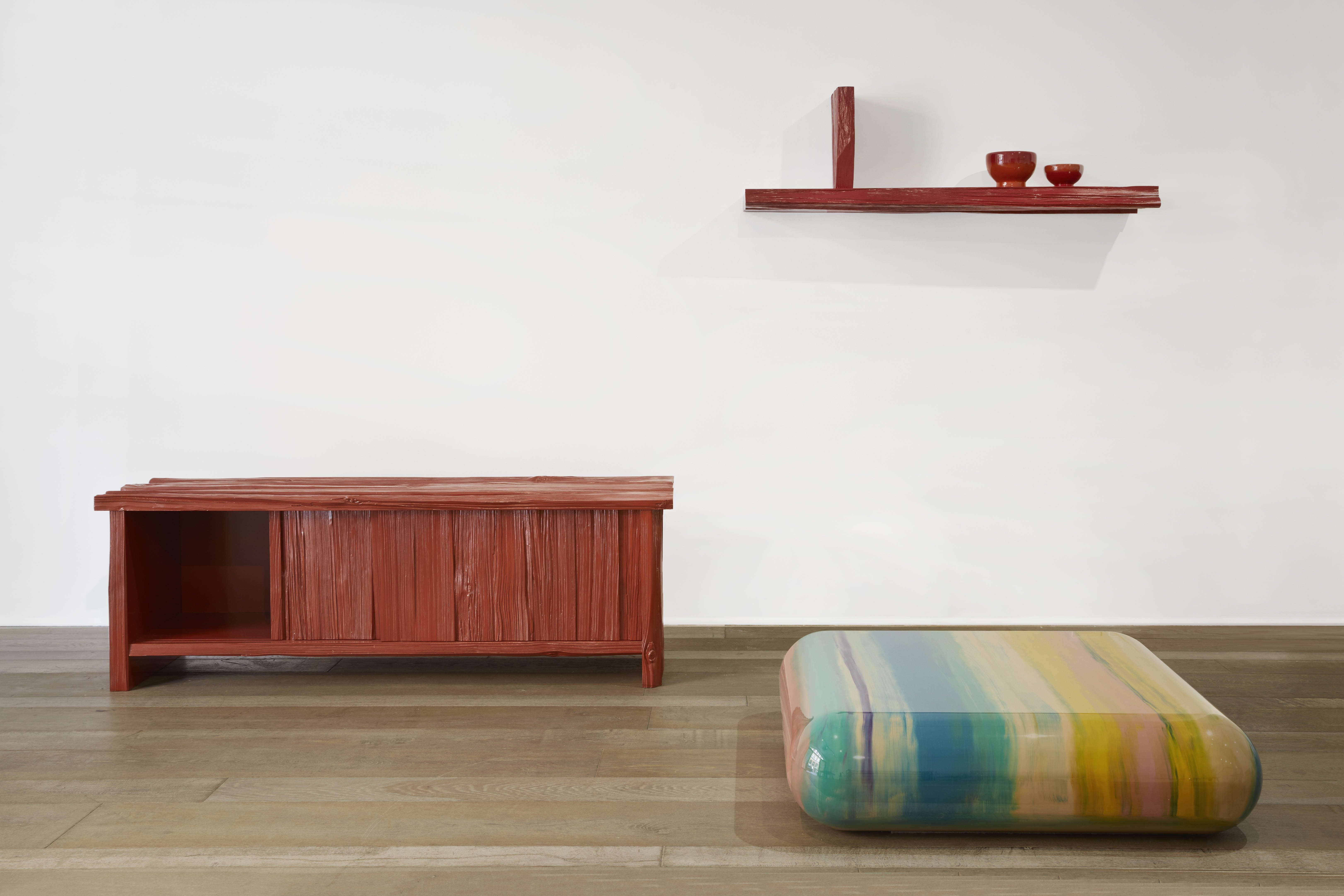 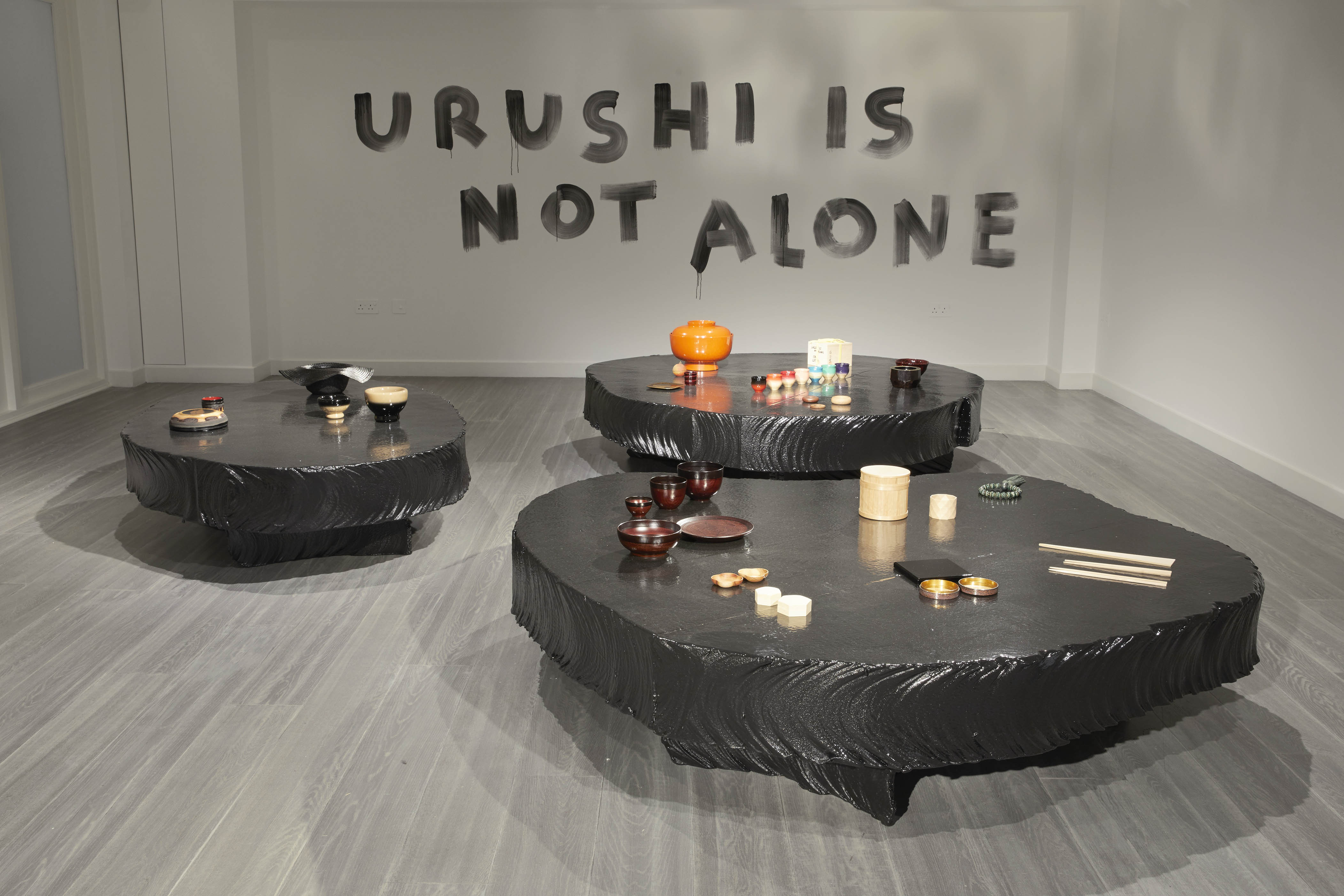