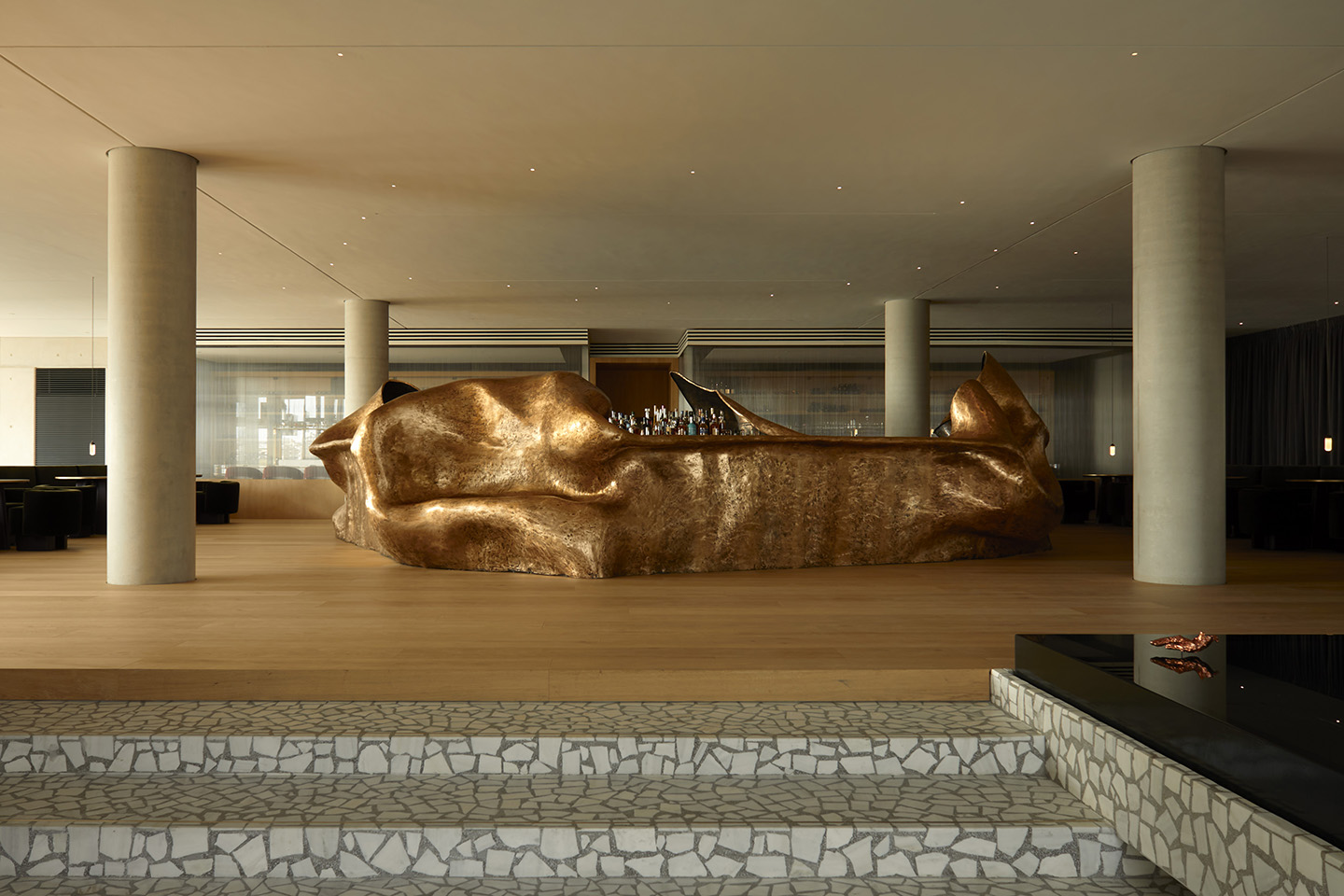 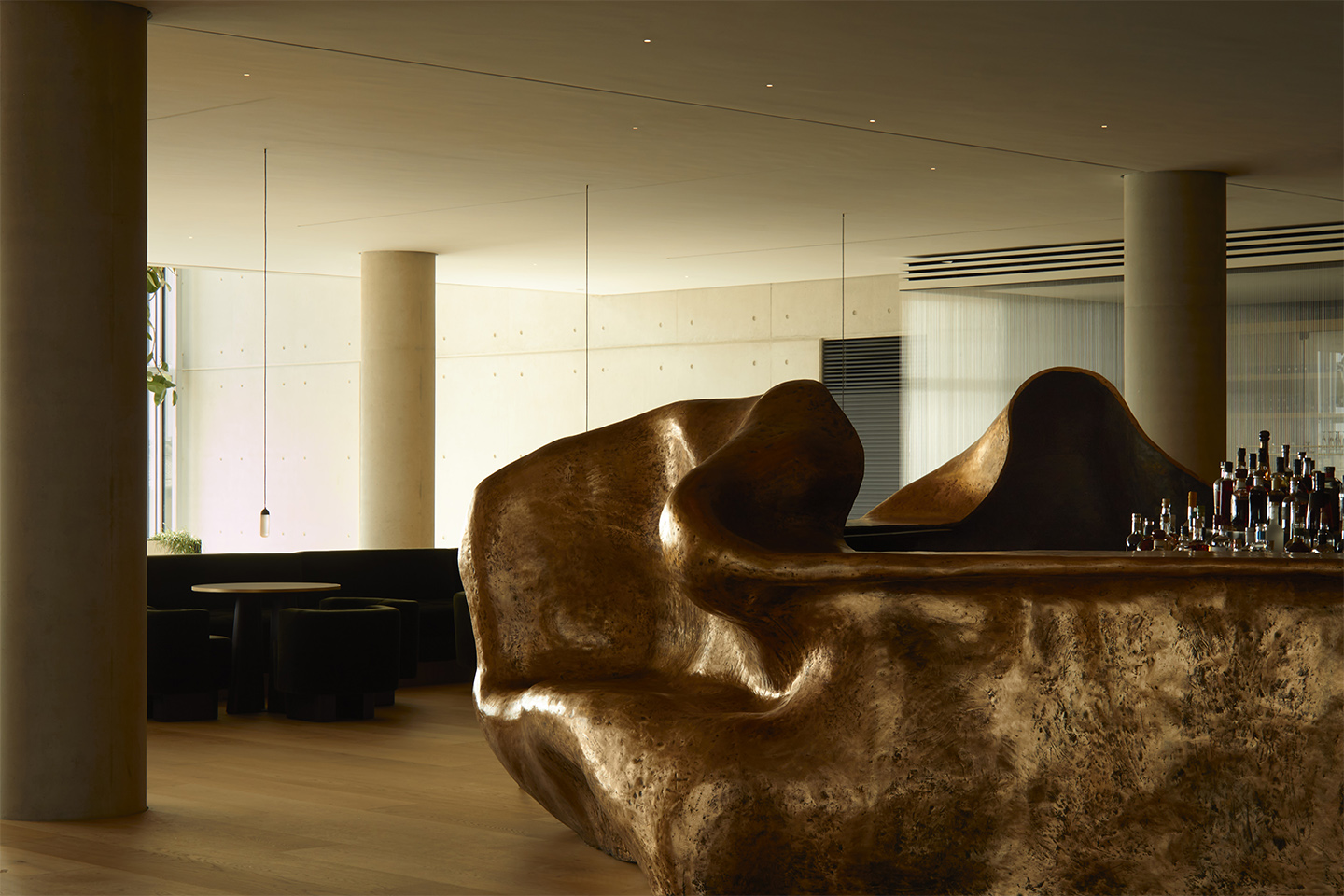 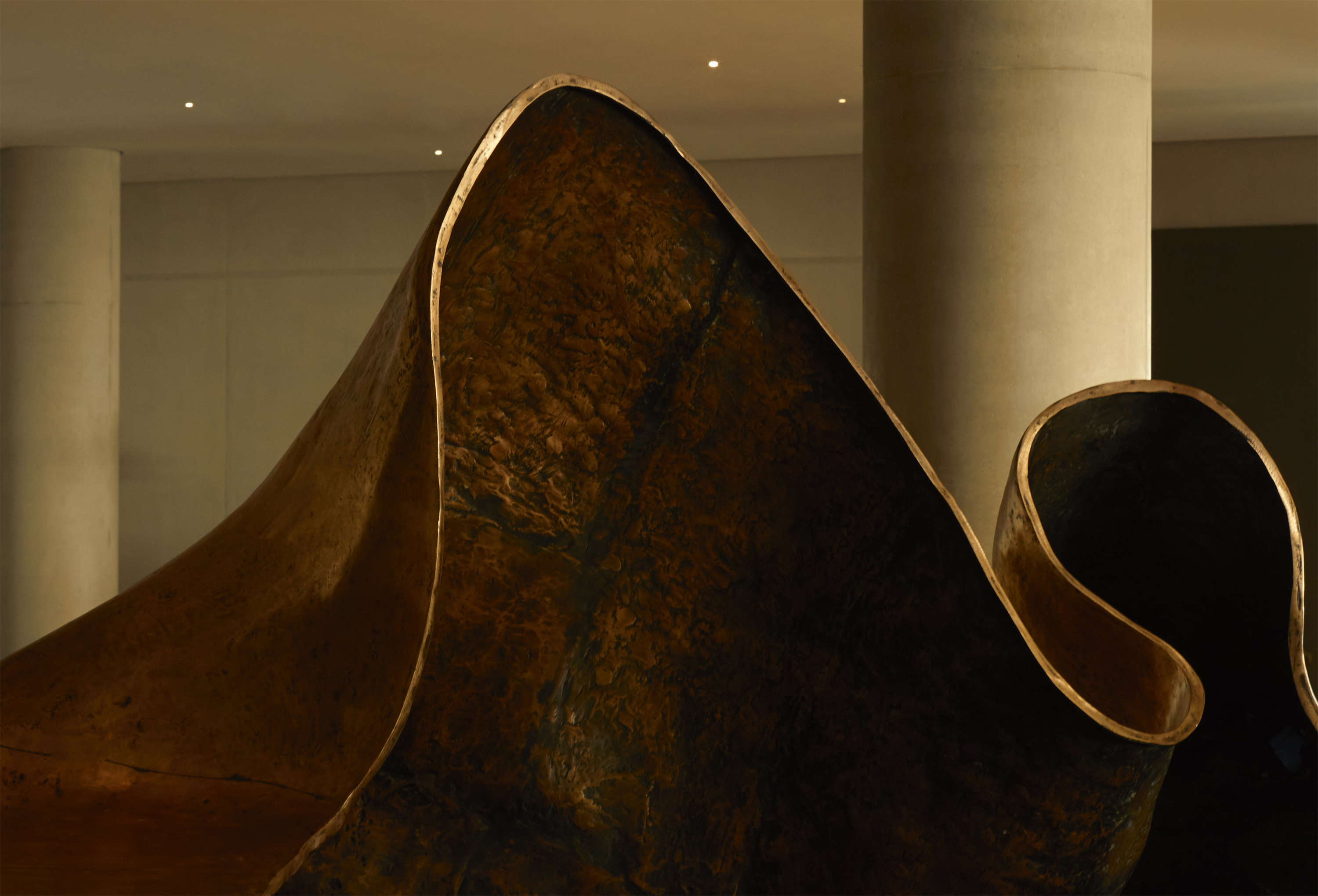 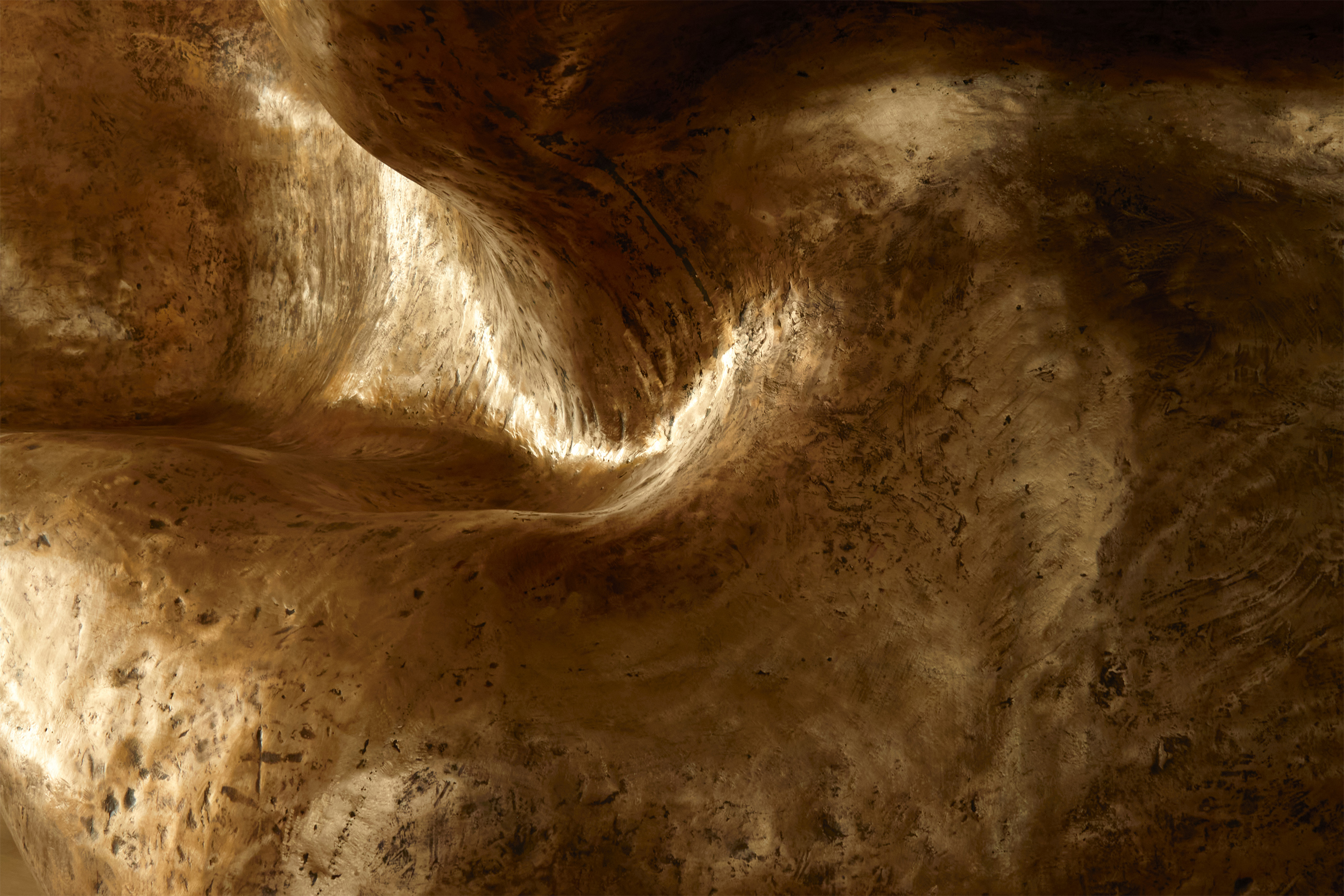 Fascinated by the sculptural bronze works by design duo Andreas Voukenas and Steve Petrides, Kois Associated Architects invited the designers to create a 16 seated sculptural bar positioned between the four columns of the grid-like space of the new Delta Restaurant.

Prompted by the architects to dare with their distinctive organic and voluminous visual language, the duo sought to create a structure that was both functional and would fail to go unnoticed: a simple and straight forward profile interrupted by sculptural seating sections, maximising functionality for the bartenders whilst creating a playful configuration for customers to interact in different and unexpected ways.

With only 6 months to conceptualise and complete the commission, the designers quickly moved from floorplan’s drawings to three dimensional 1:10 mock-ups; “we first modelled the structure using a metal screen” says Andreas Voukenas “that we subsequently covered with plaster gauze”. This technique is very similar to the process of creating their iconic gypsum seating, which involves the use of a steel mesh to reinforce the pieces before applying the raw plaster.

“Mock-up after mock-up, we managed to achieve the continuous form,” says Steve Petrides “a structure that morphs from a typical bar counter to convex and concave volumes that soften the edges and hold the entire composition together.” The resulting recesses act as informal seating areas, inviting people to interact with the forms and creating an intimate connection between the bar and the user; simultaneously, the same volumes create functional spaces behind the counter whilst protecting the bar tenders from an overwhelming full circle exposure.

As the end of 2020 was approaching, the final mock-up was approved; the duo worked relentlessly on the plaster full-scale prototype of the bar which was then sent to the foundry to cast in bronze. After several months of casting and polishing, the structure was craned into the fifth floor of the the Stavros Niarchos Foundation and assembled on site.

Located within a cultural centre that brings together a diversity of experiences and environments - Voukenas Petrides’ Sculptural Bronze Bar contributes to the restaurant’s contemporary Greek architecture. “The curvilinear form and the nature of its surface gives to the space the feeling of a constant dynamic movement" explains Stelios Kois, principal architect of Kois Associated Architects "it is the central episode of the architectural narrative".

The Delta Restaurant was inaugurated in July 2021and it is now open to the public. 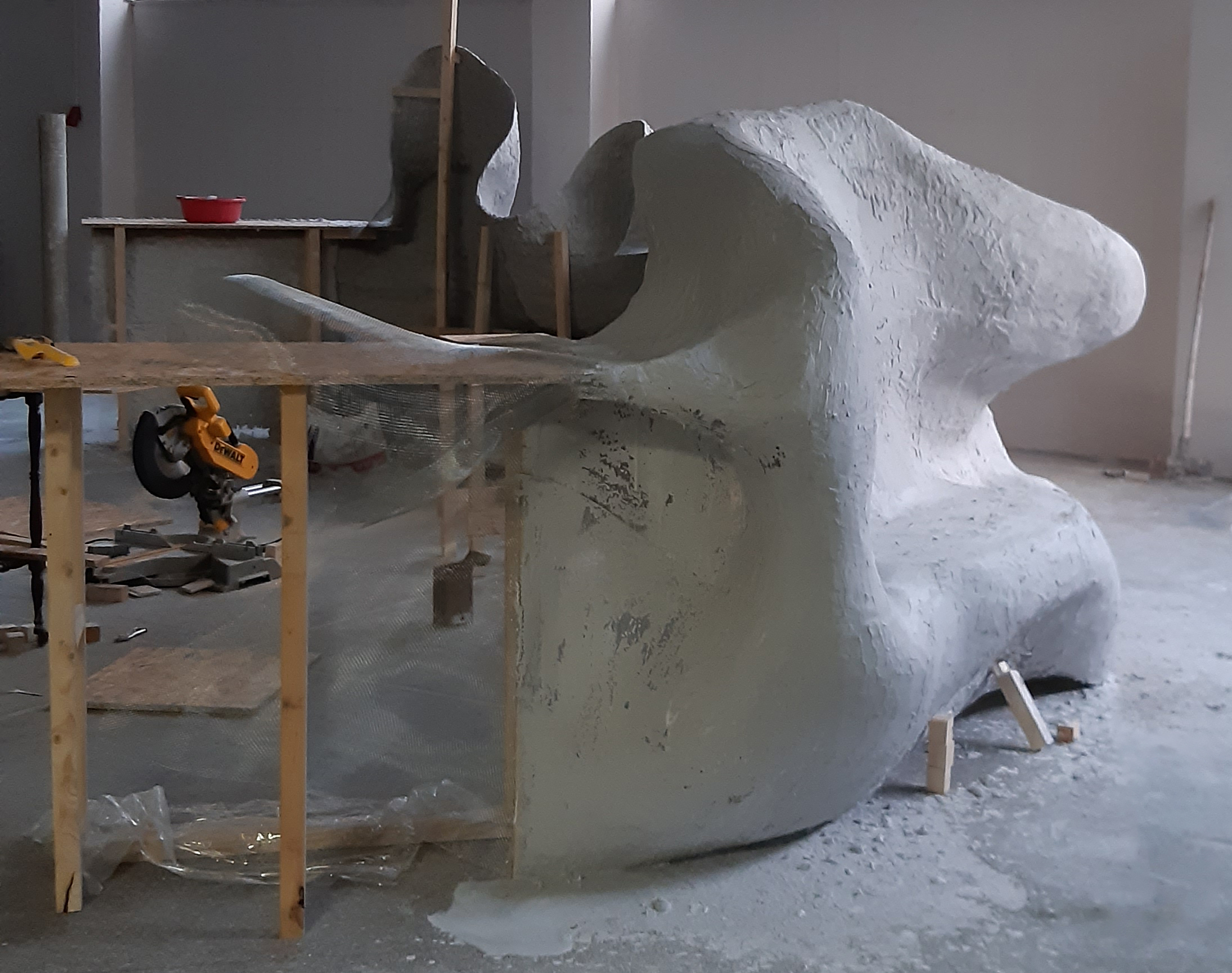 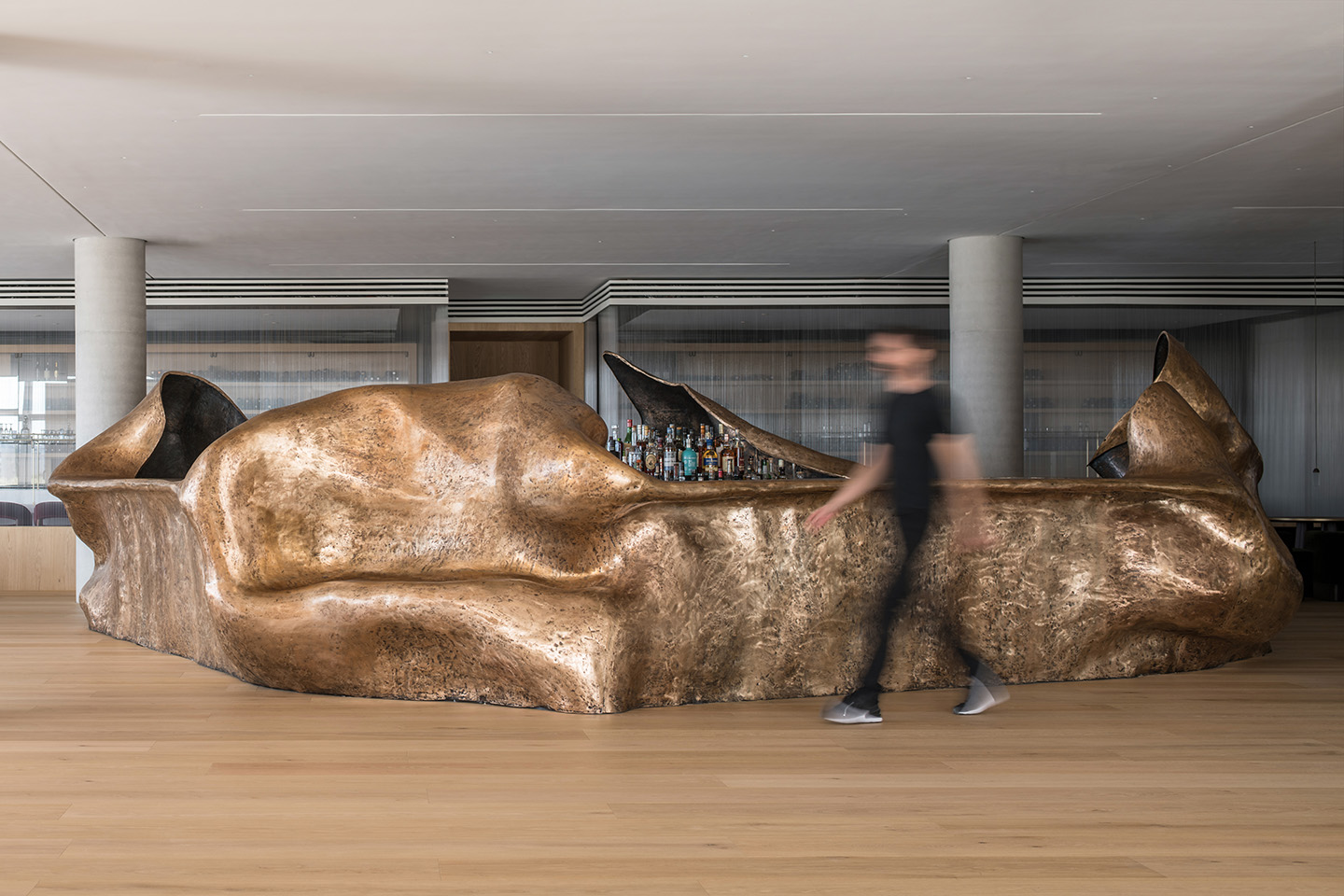 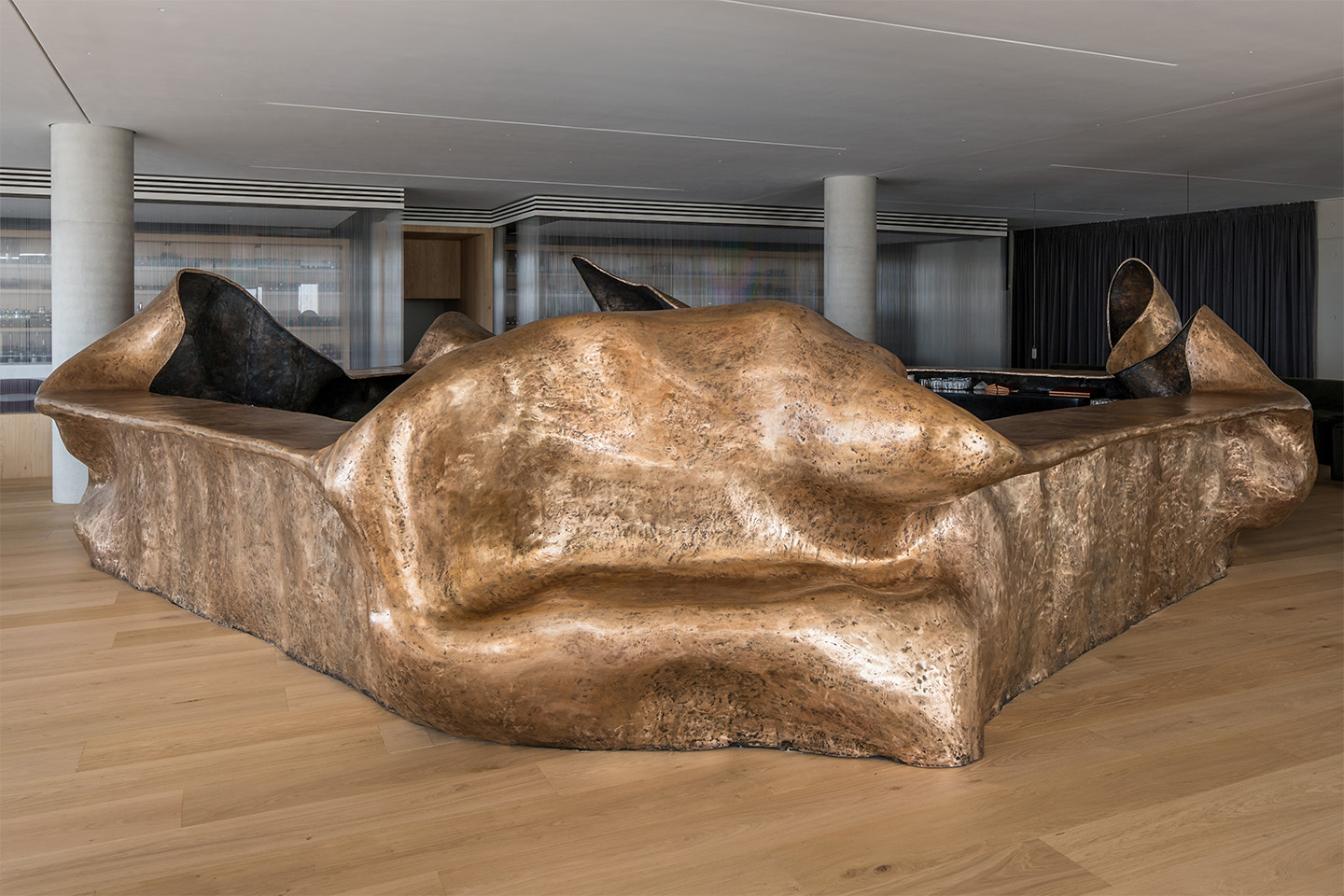 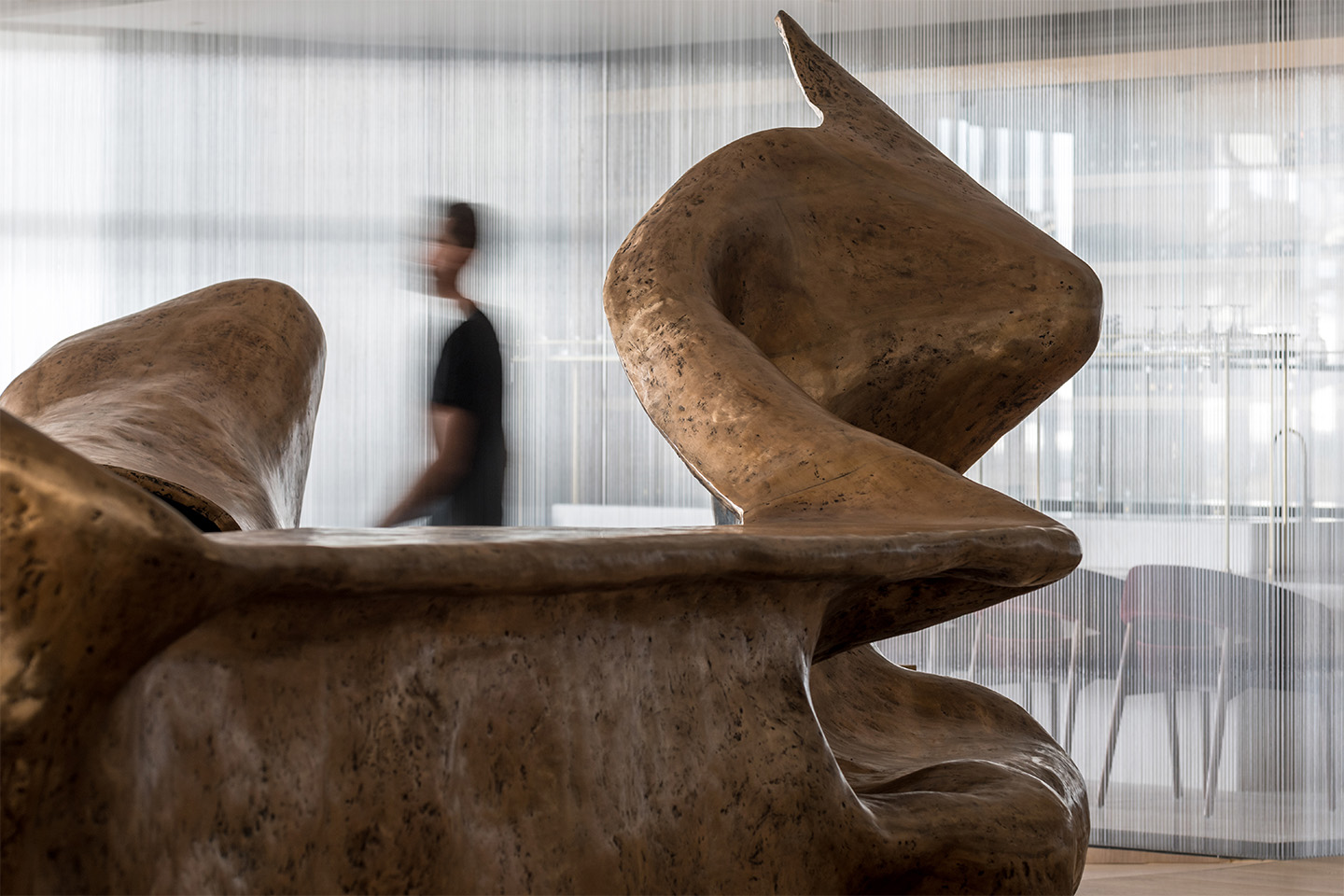