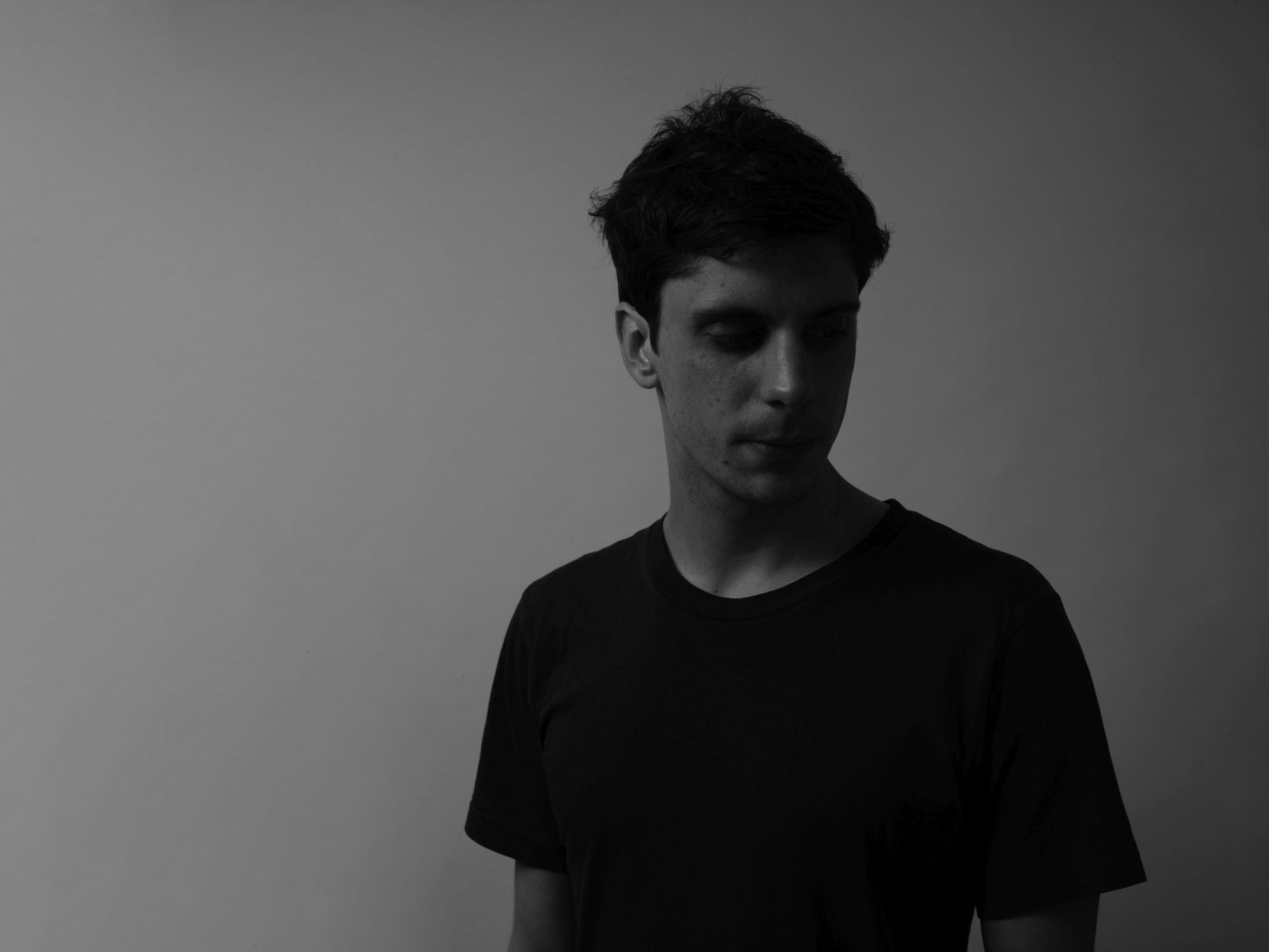 Rowan Mersh’s experience in experimental textiles is immediately apparent in his wall-mounted, sculptural assemblages, which use hard construction to achieve a soft aesthetic. The high drama of his earlier kinetic large scale installations and his sculptural fabric works, freestanding and for the body, is now translated into a more contemplative mode, in unique wall artworks of great maturity and elegance. The works are expansive, generous in their scale, yet close examination delivers the satisfaction of individually considered parts, meticulously rendered by the artist himself.

His process is labour-intensive, involving the hand-assembly of many thousands of individual components, selected for their specific sculptural qualities when used en masse and used in organic, extensive ways. He uses responsibly-sourced materials, ranging from windowpane oyster shell discs, and dentalium shell, with all its natural variation and idiosyncrasy, through to sticks manufactured in wood with a coating of marble dust.

The works raise inevitable questions about value: some of the shells were traditionally used as currency or sacred wealth, and leather components associated with luxury brands imply a premium; but the real worth here is delivered by the artist’s unique and dedicated vision in unlocking the creative power of these strange components. Their sheer numbers are evocative of ruffled patterns in nature – the layering of feathers, the disturbed nap of animal fur, accretions of coral, the tentacles of sea anemones. Undulations, peaks and troughs, in reality fixed, are animated by the movement of the eye across their eddying and swirling terrain, implying life, an internal energy beneath the surface. Large-scale wall pieces may be contained within deep frames or geometric forms such as circles or squares, or are borderless and freeform, with motifs coalescing and dispersing across the wall surface. They are at the same time complementary to interior architecture and invested with an internal, dynamic architecture of their own.

‍
In 2017, "Praeteritum, Praesens et Futurum" marked the first solo show of the artist with the gallery.

‍
Rowan Mersh's sculptures have been acquired by major private and public collections worldwide, most notably the Victoria & Albert Museum, Jerwood and The Crafts Council collections. His commissions and special projects include works for the Mercury Music Prize, Fendi and Veuve Clicquot. His Asabikeshiinh (Dreamcatcher) was awarded the Moët Hennessy Prize as Best Contemporary Design at PAD London 2016. 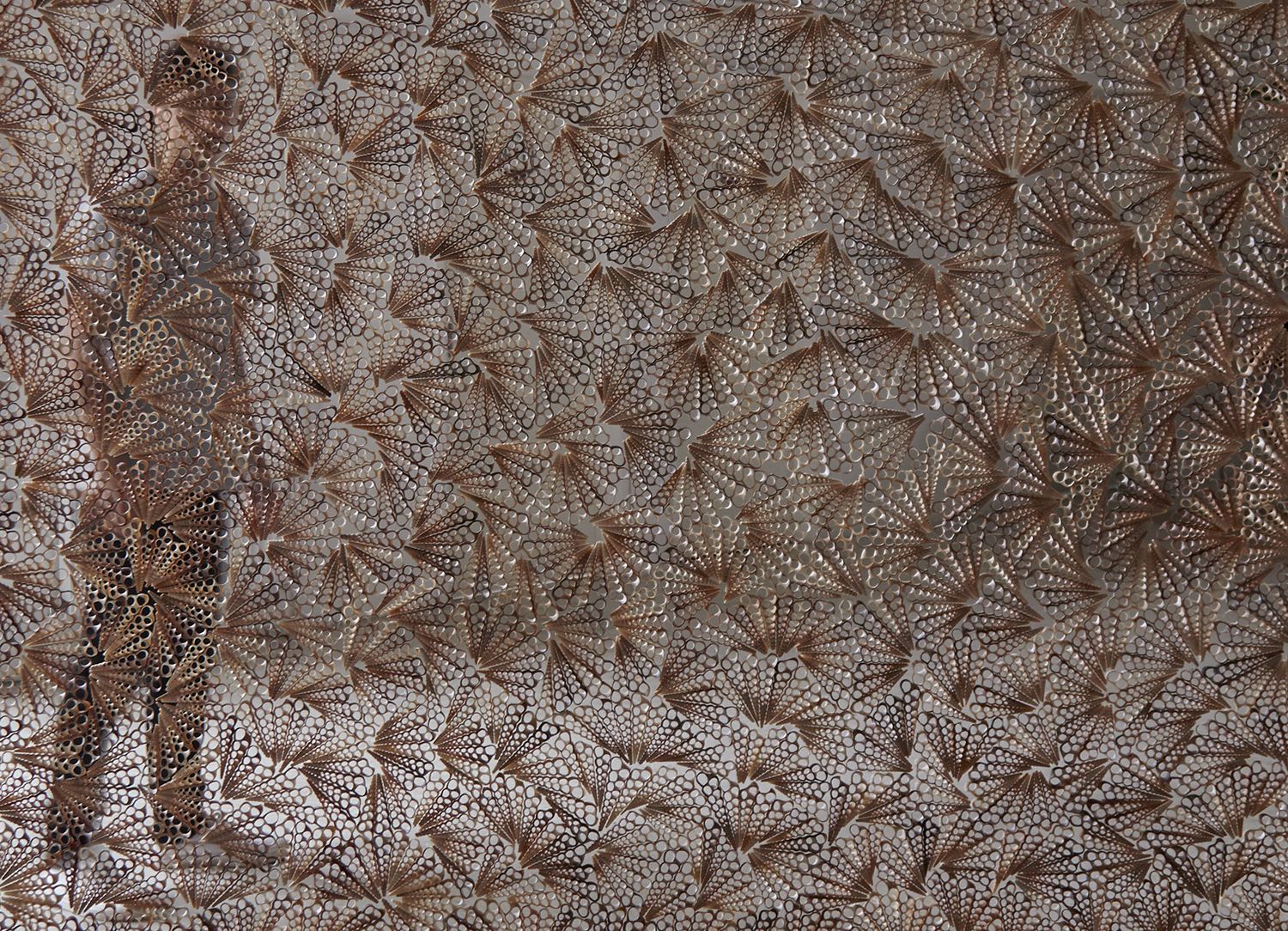 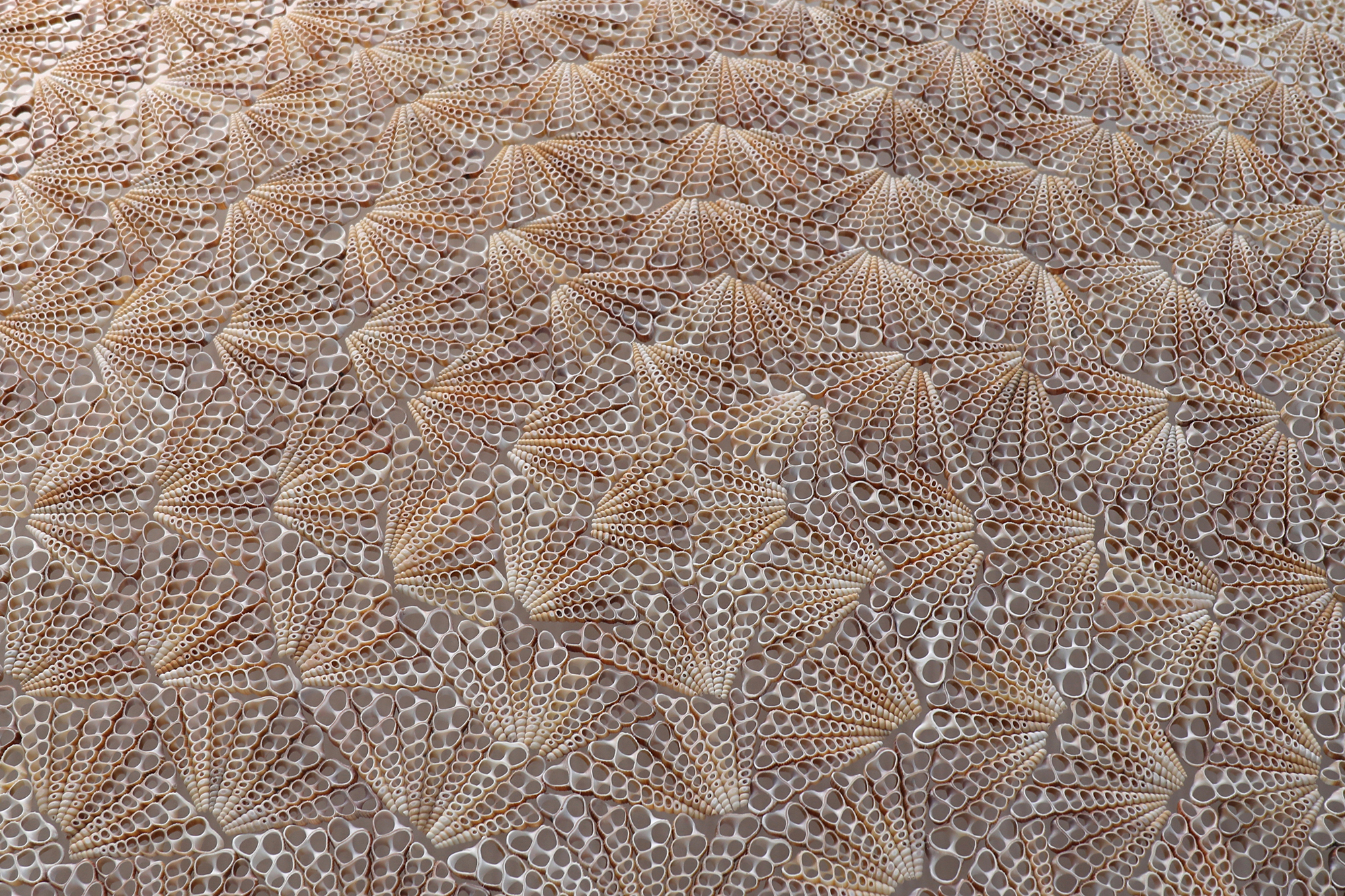 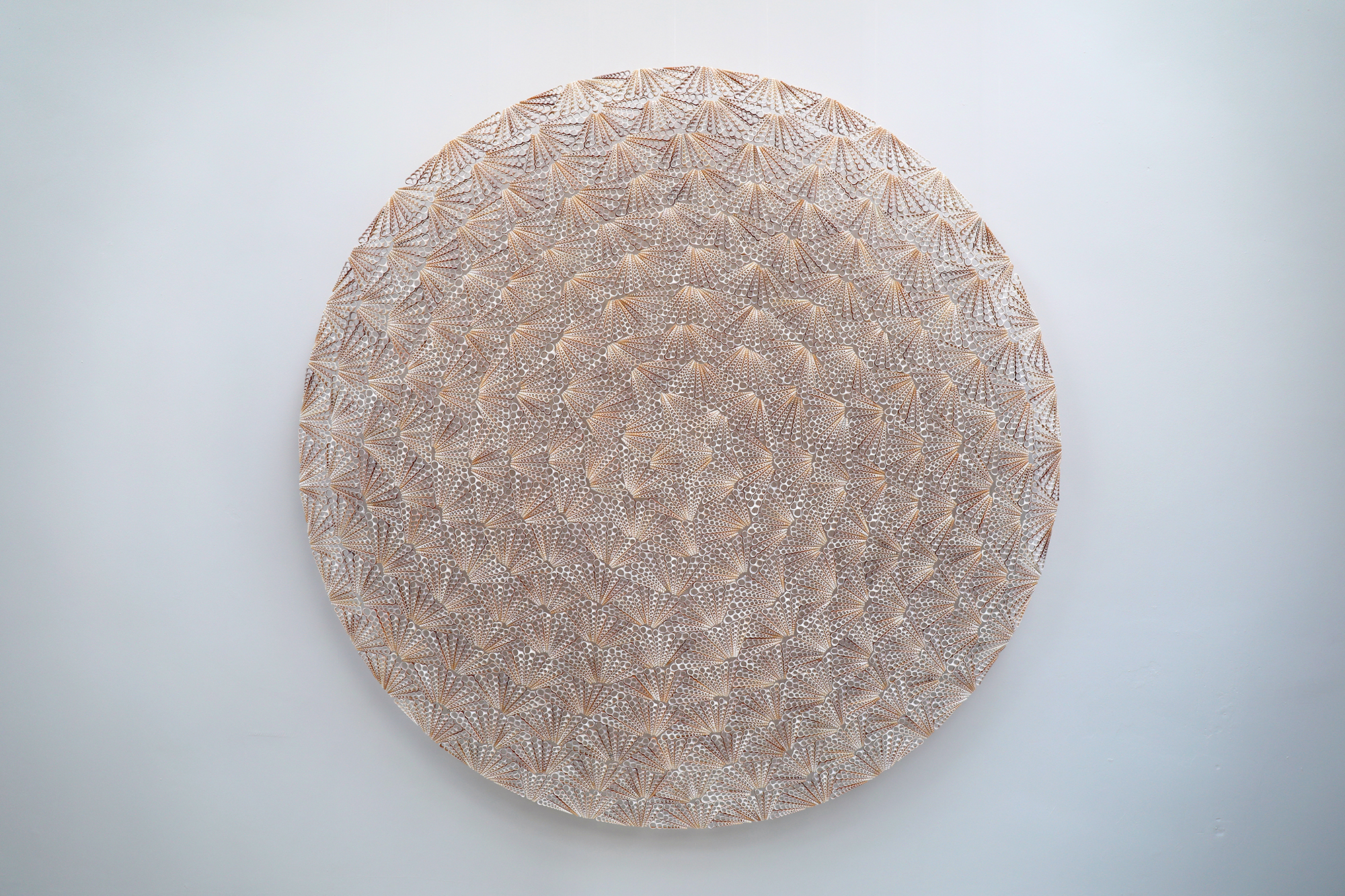 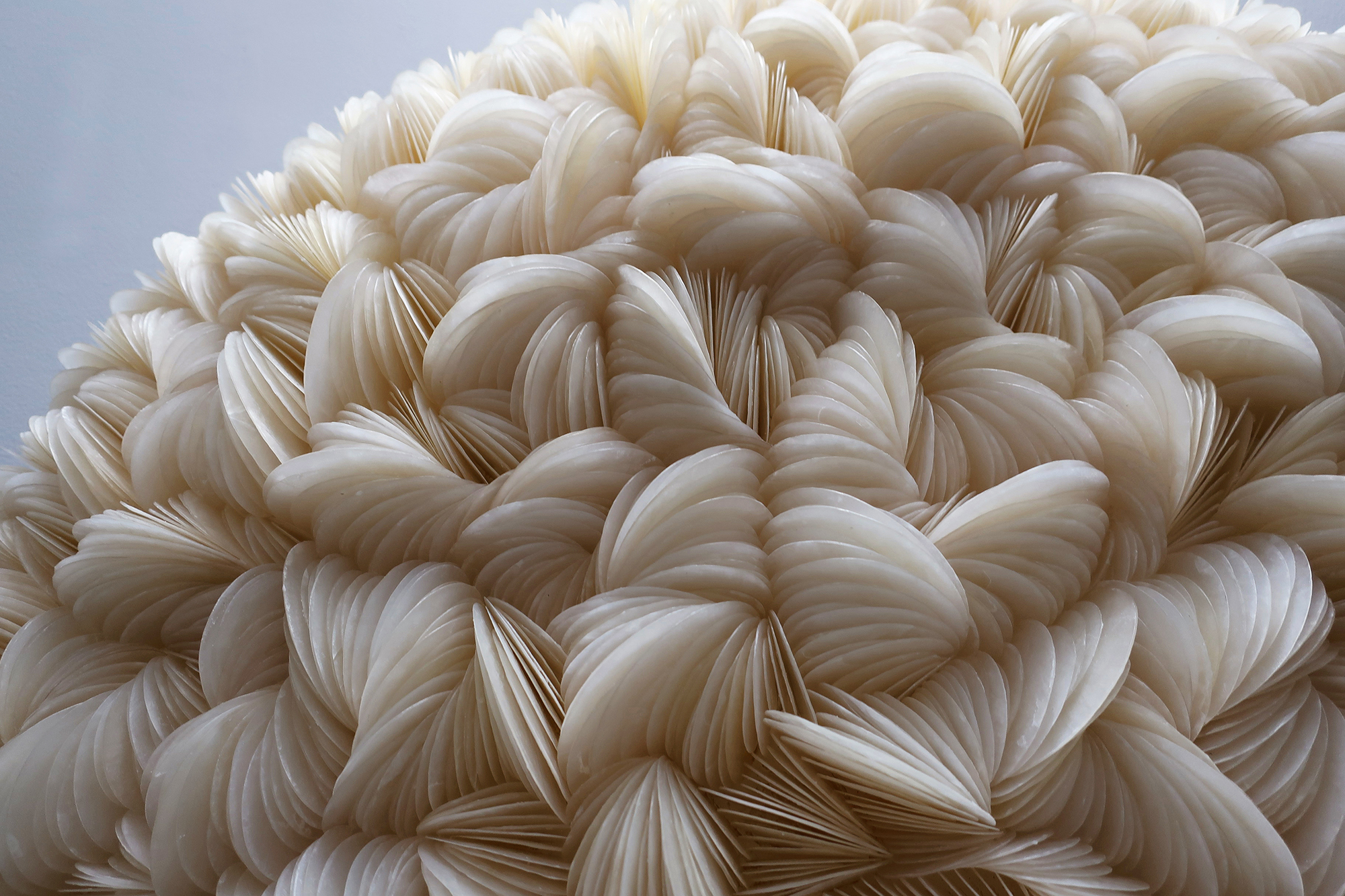 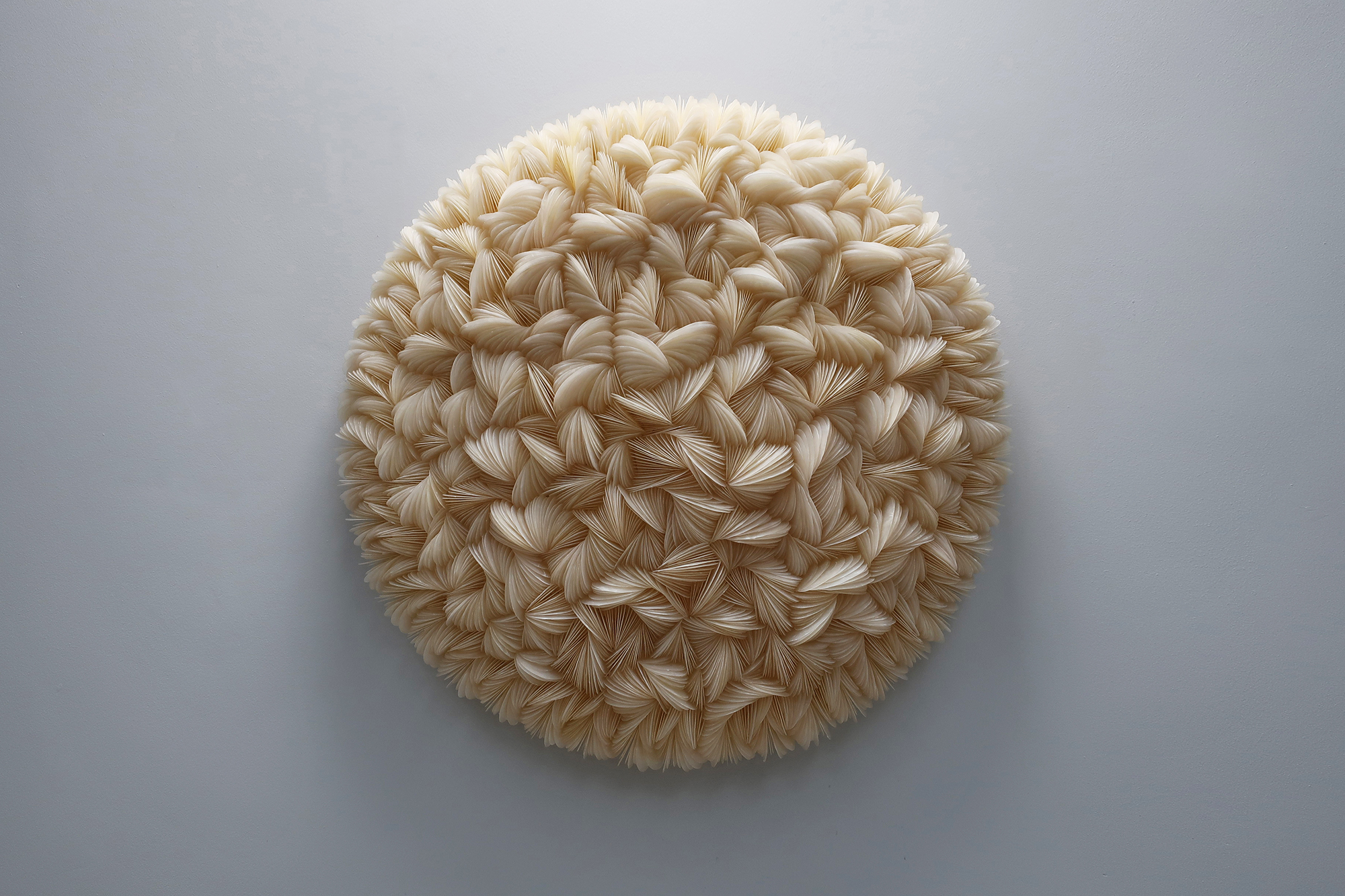 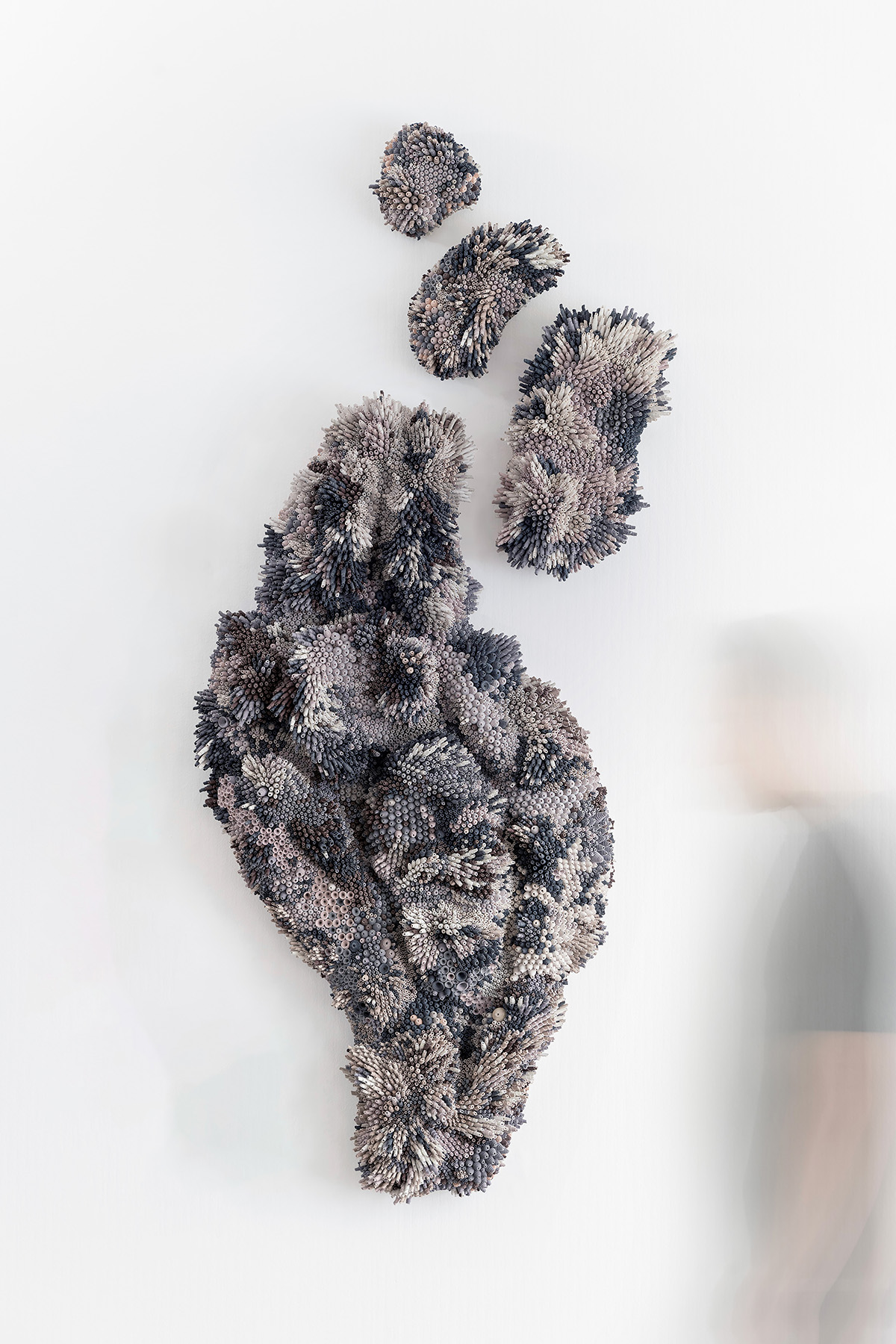 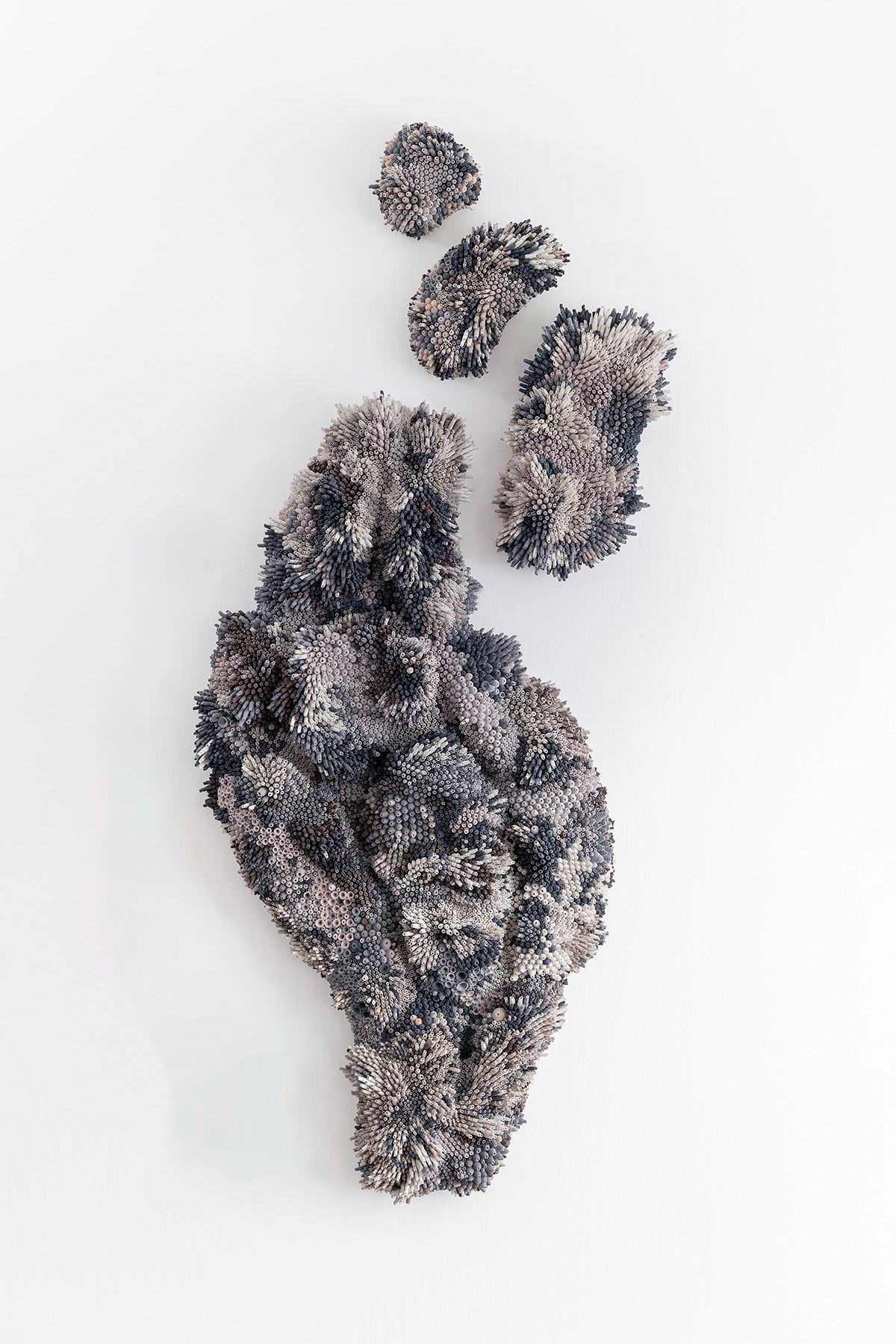 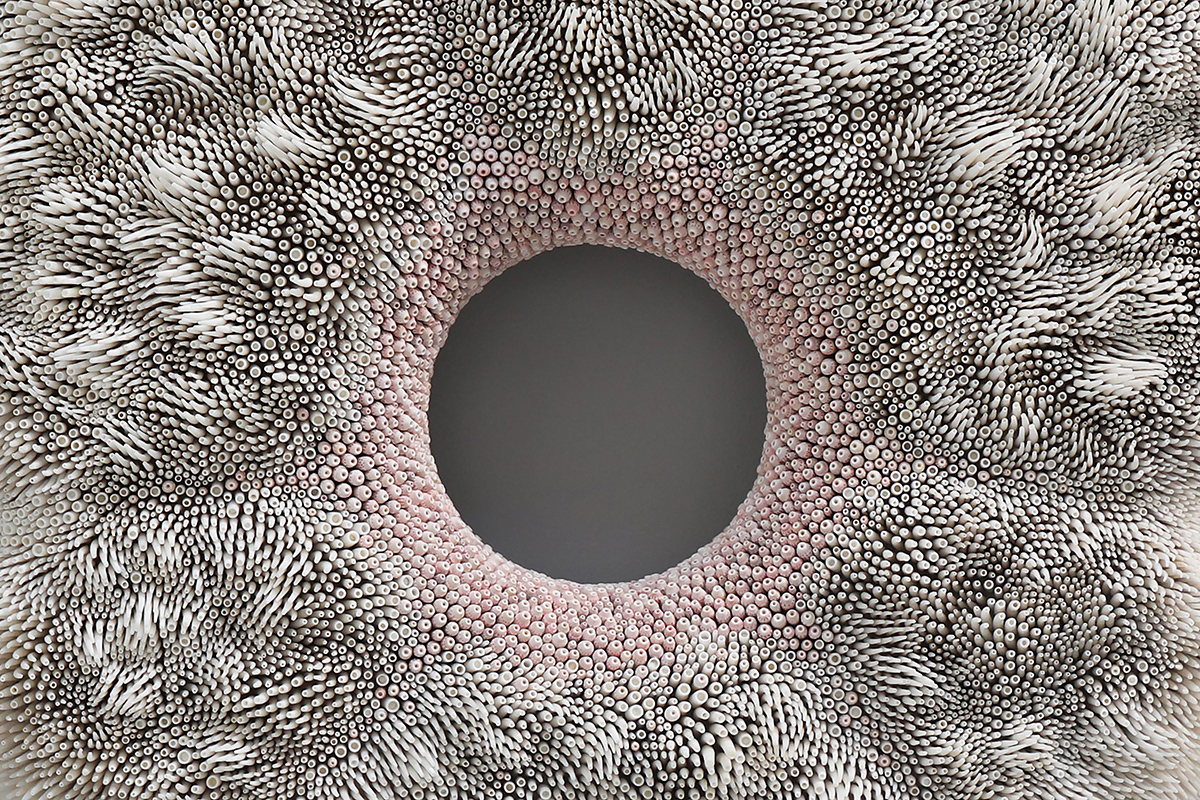 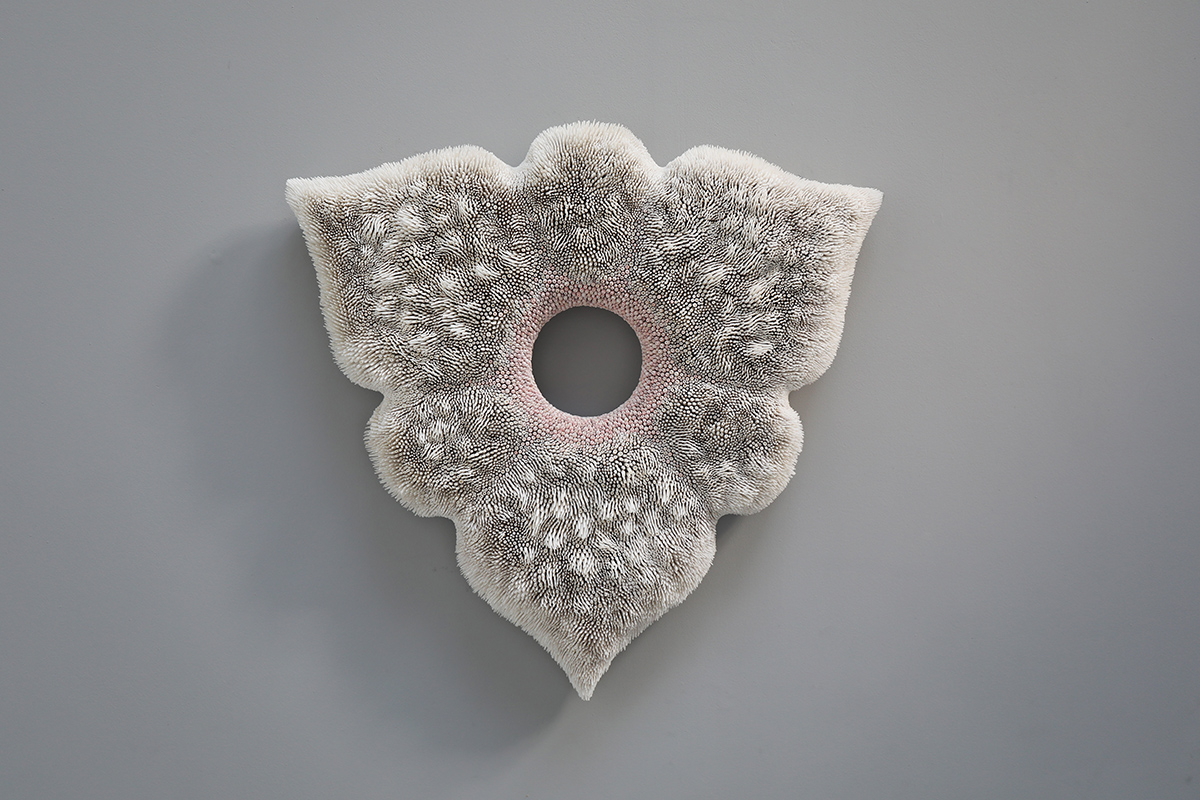 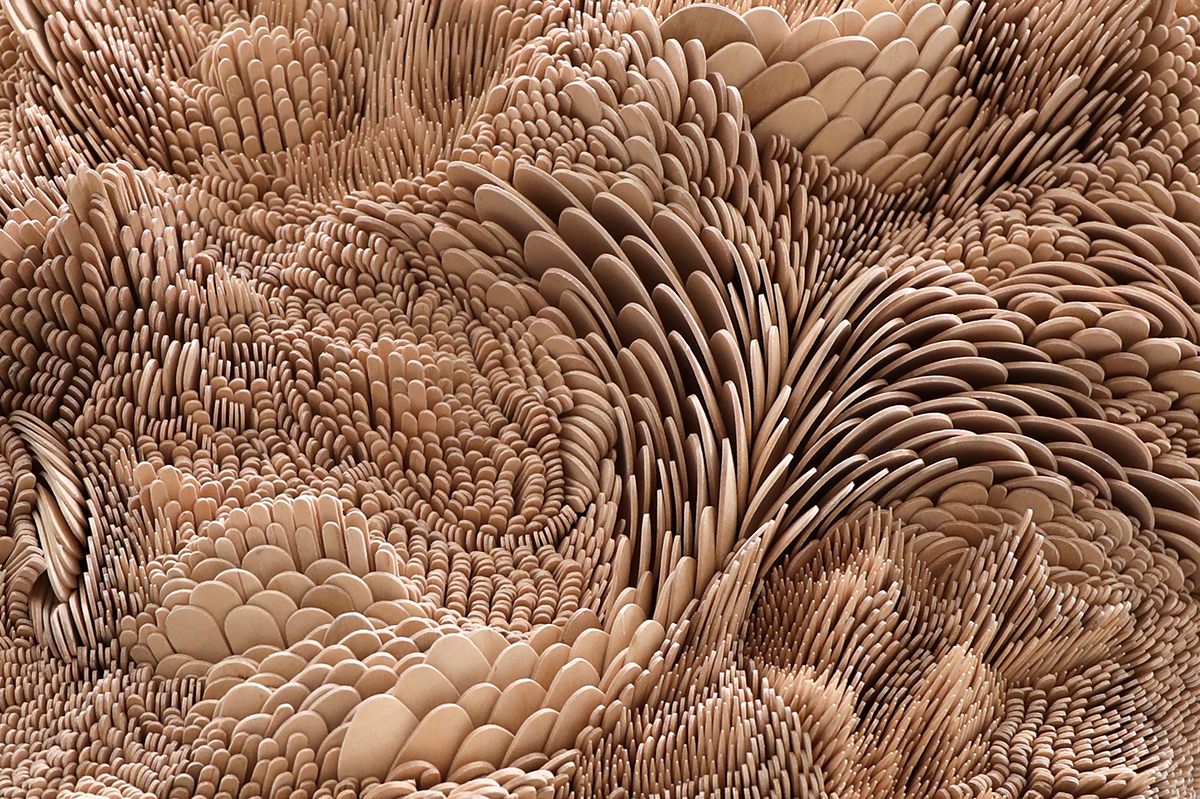 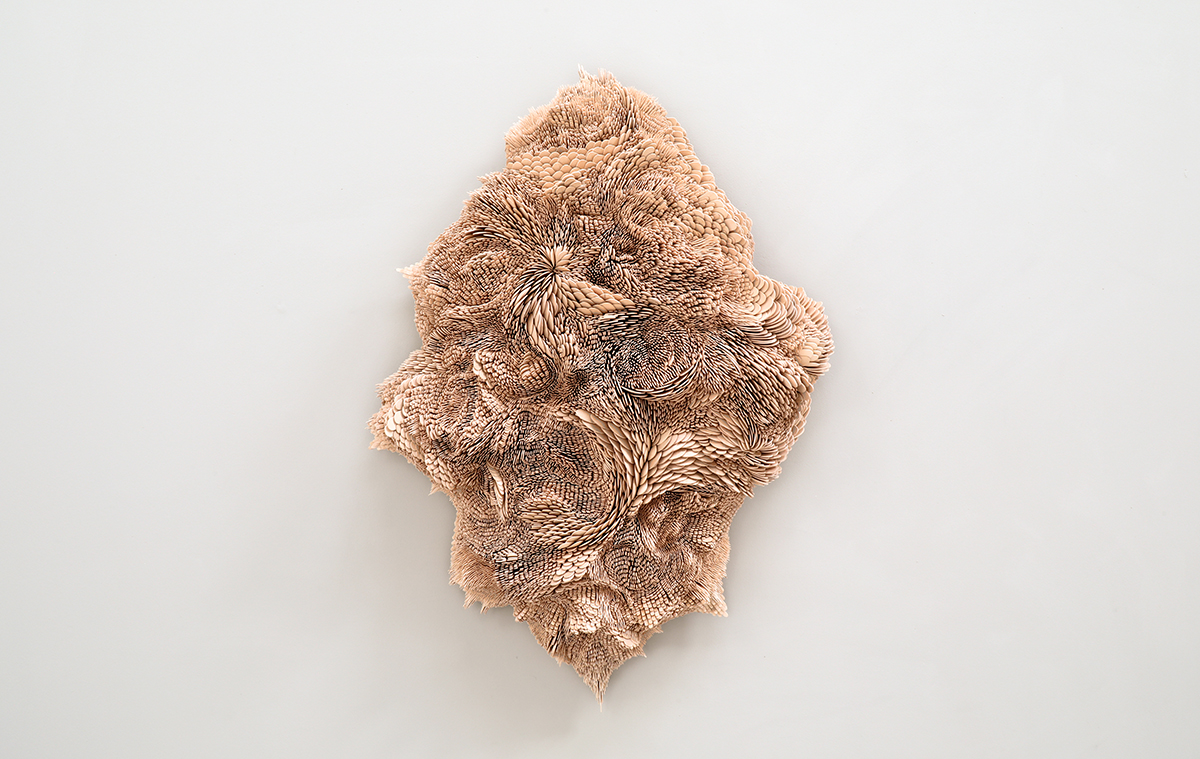 Praeterita Redire (Back to the Origins)
Rowan Mersh 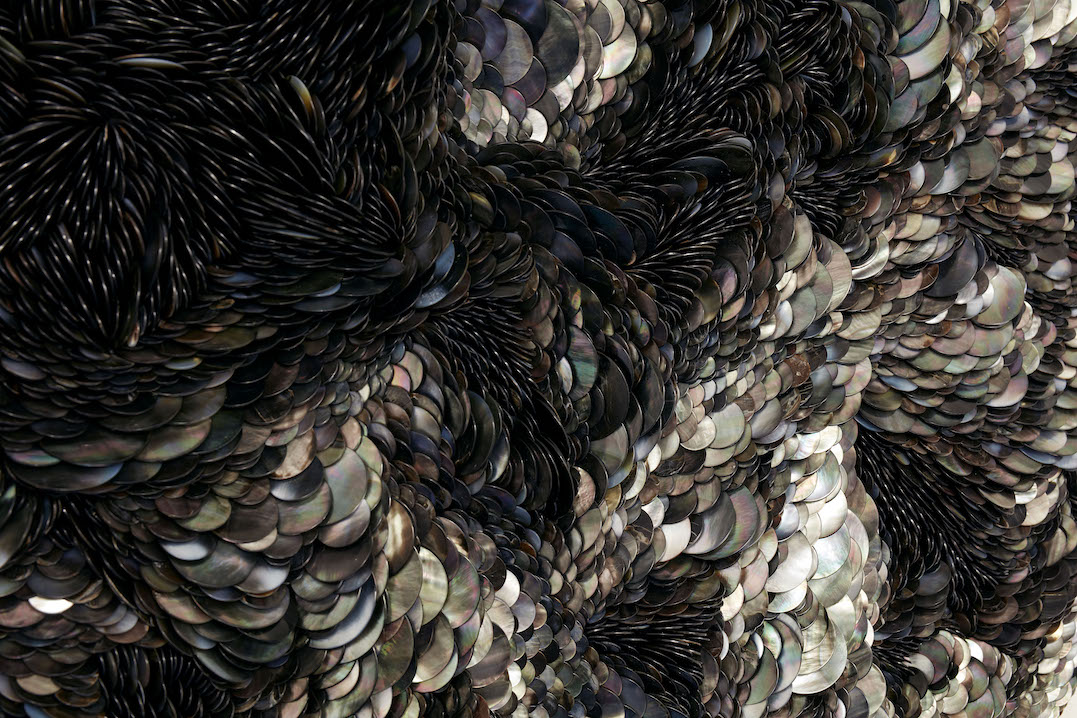 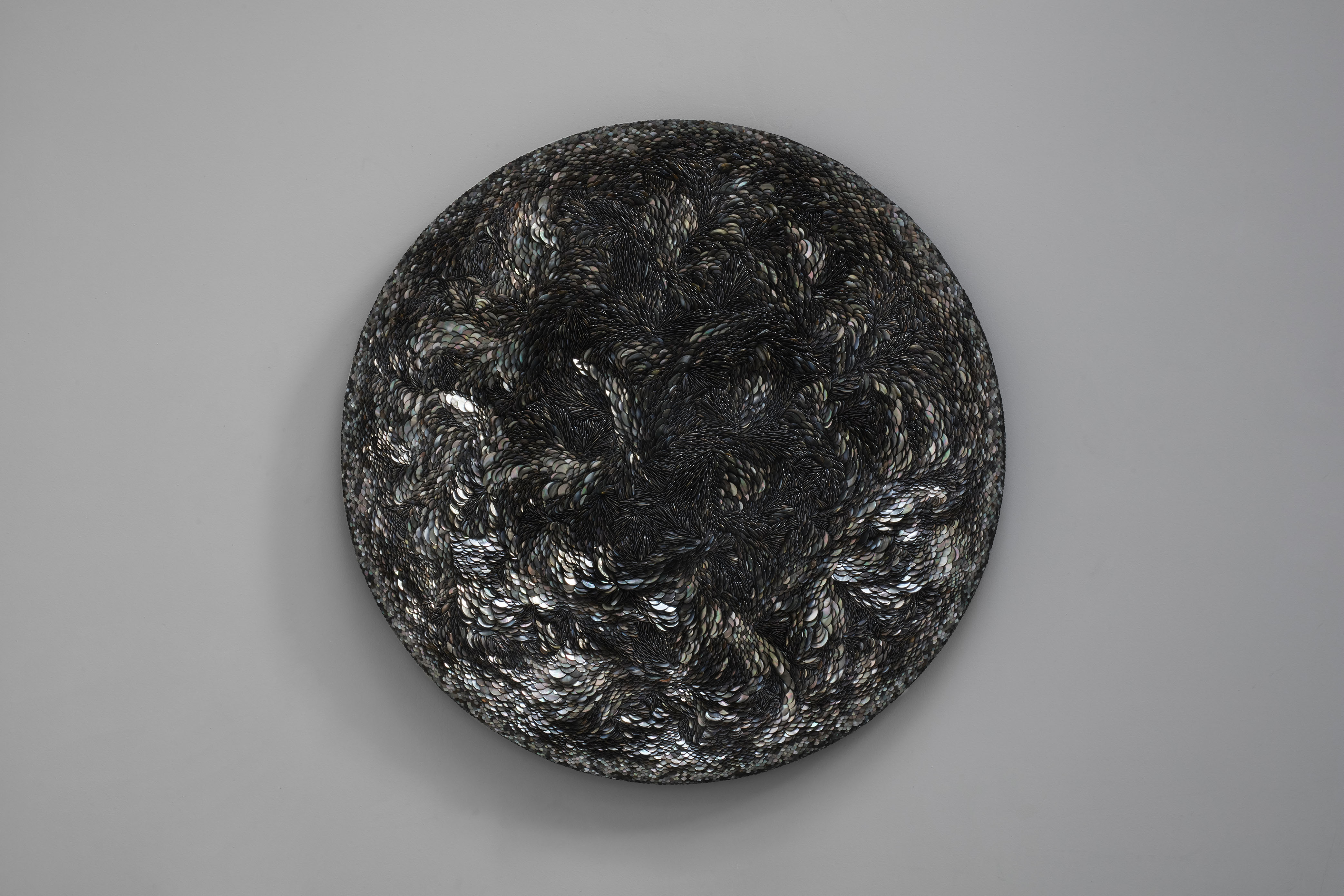 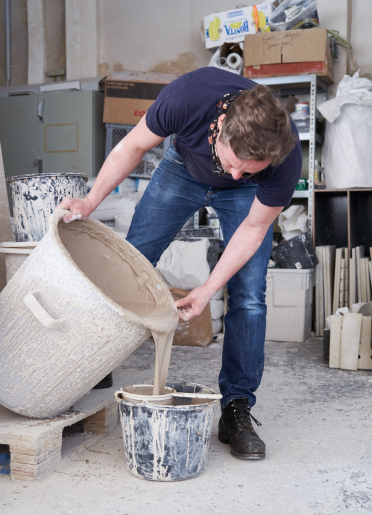 I am drawn to the humble seashell as a medium of expression both for my fascination with aspects of their historical, social, and contextual functions, and for the inherent beauty that can be found within the material itself 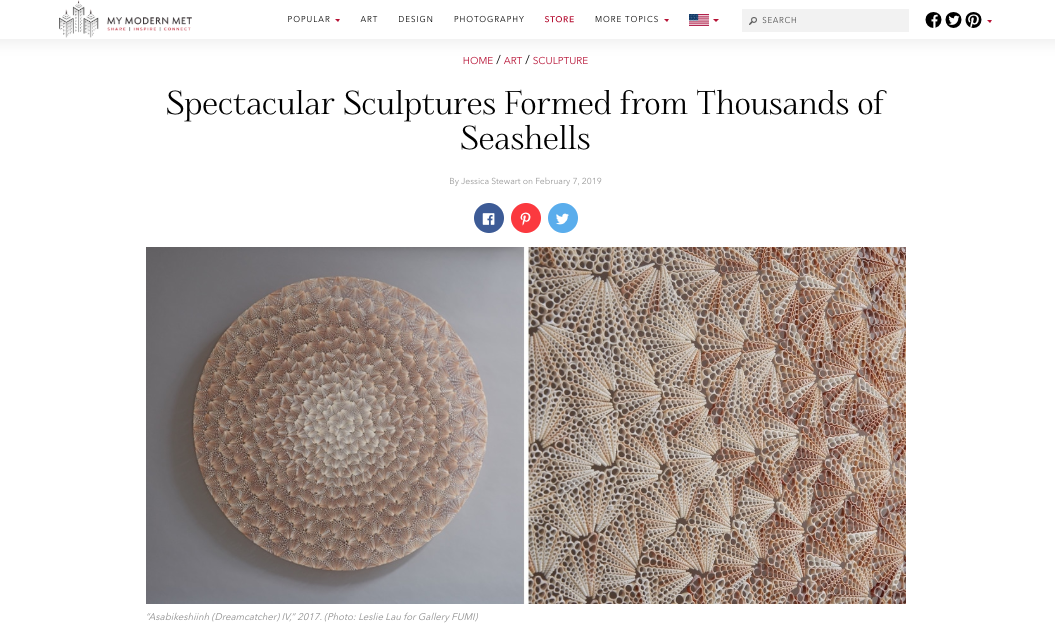 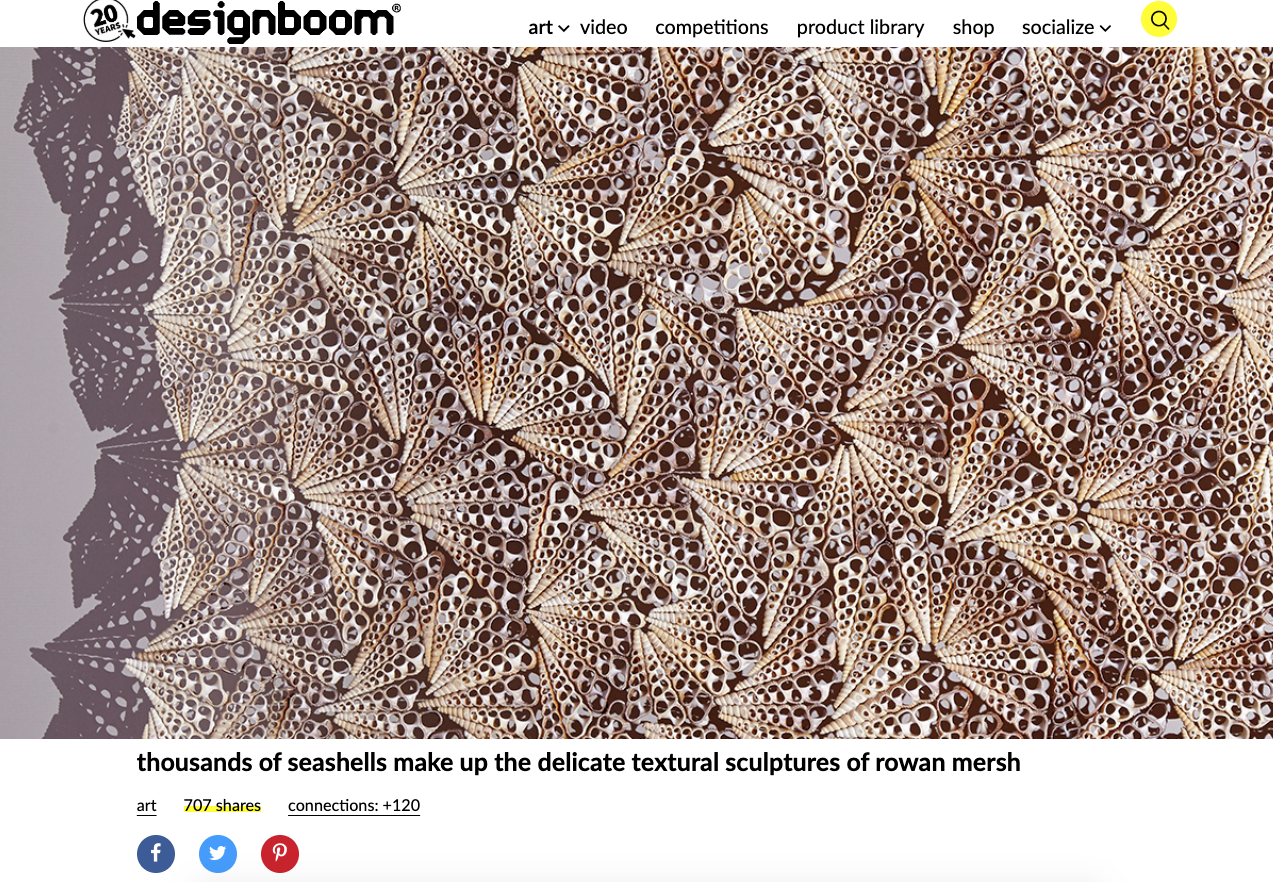 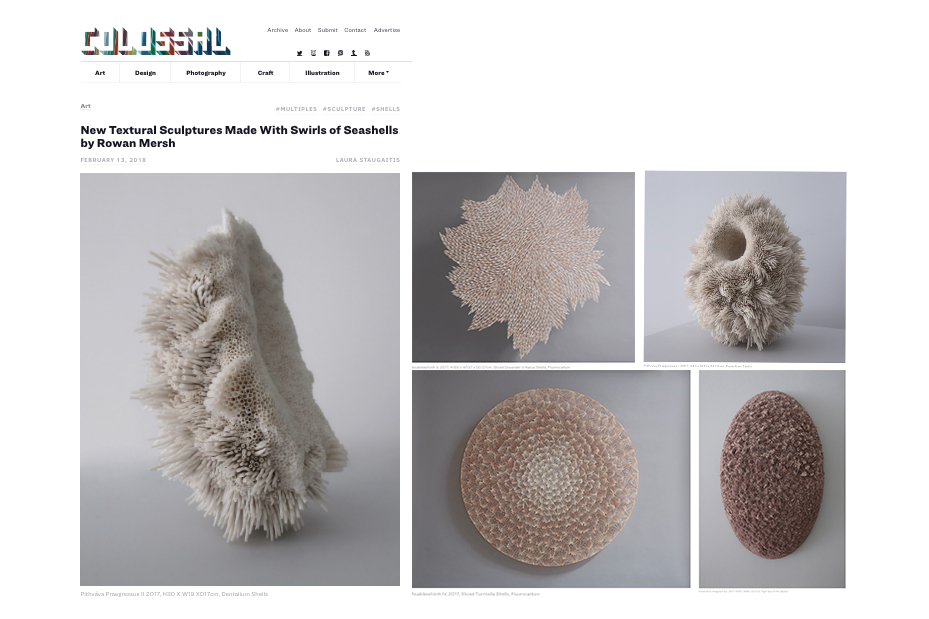 New Textural Sculptures Made With Swirls of Seashells by Rowan Mersh 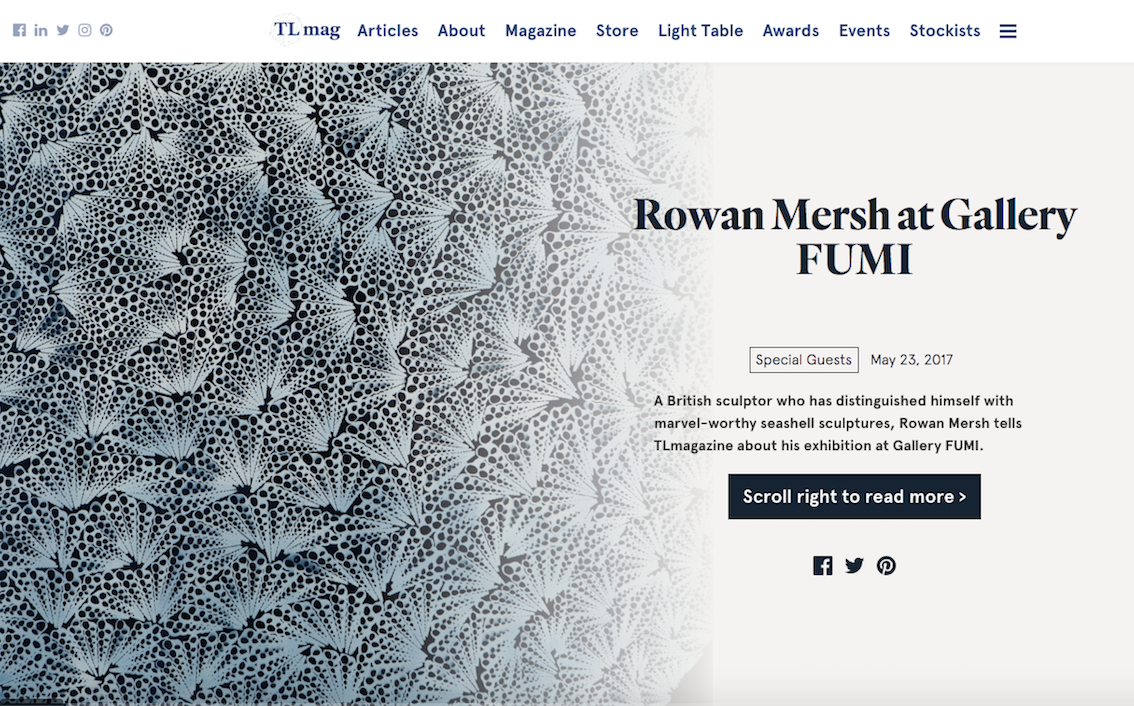 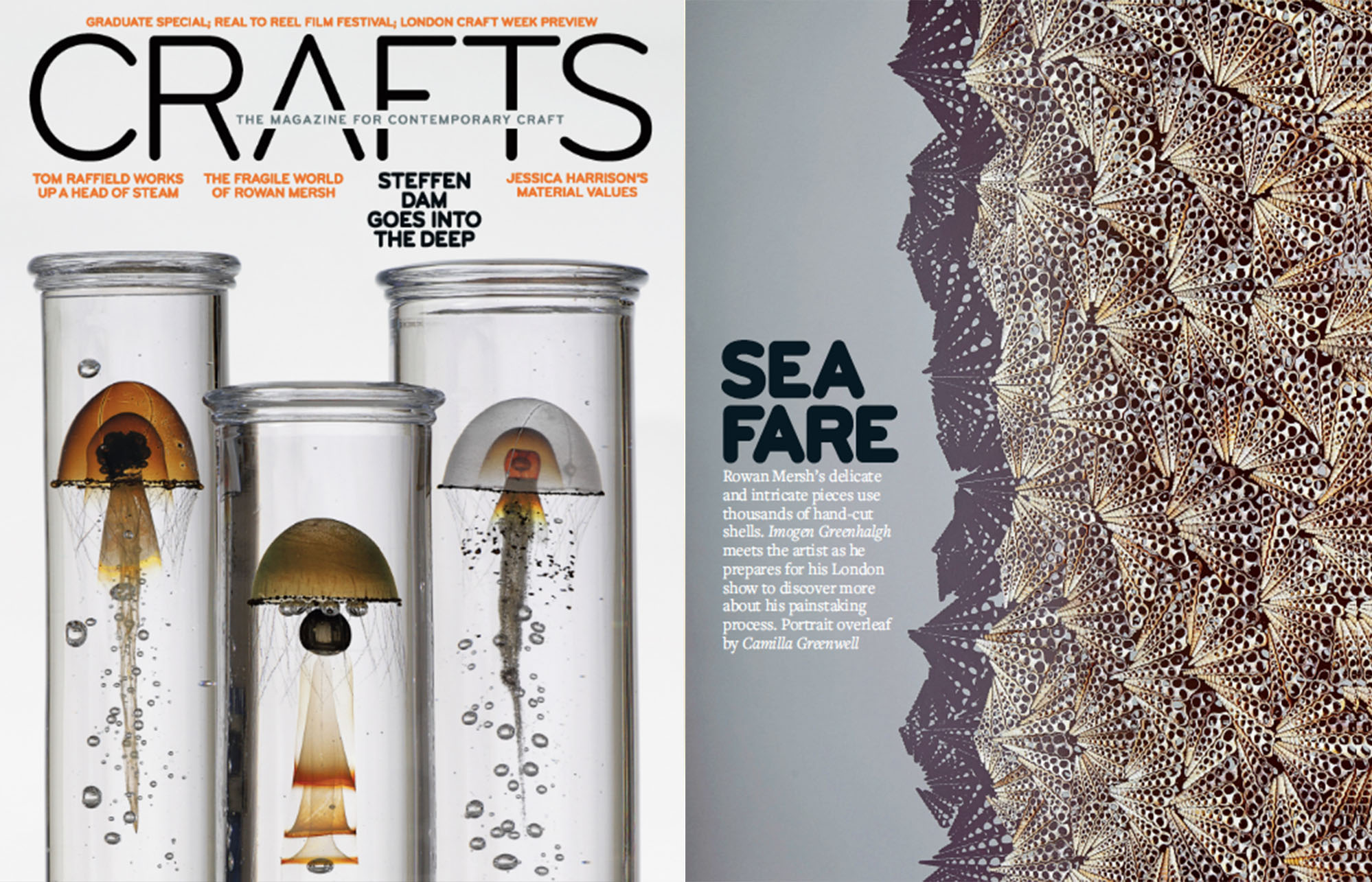 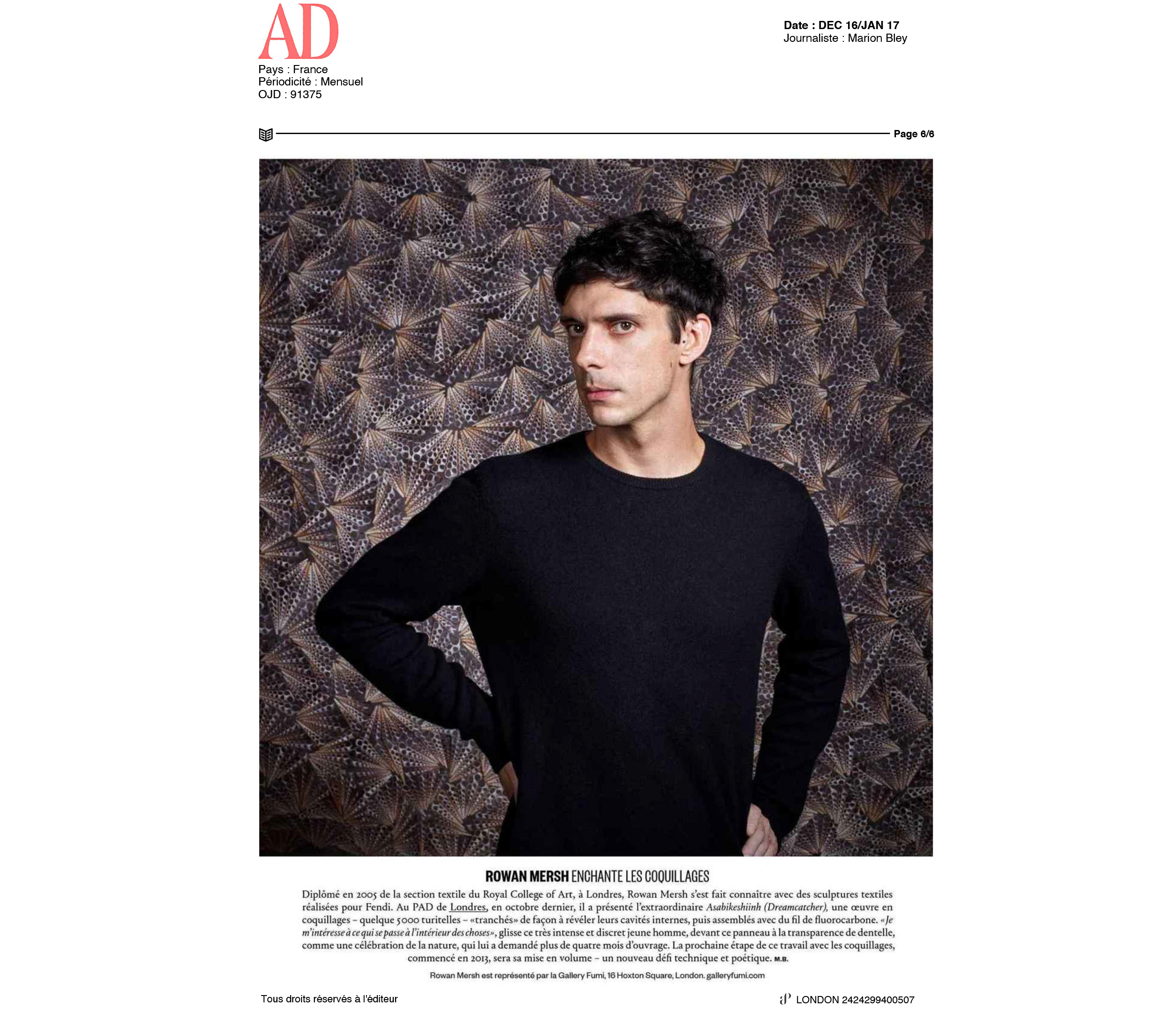