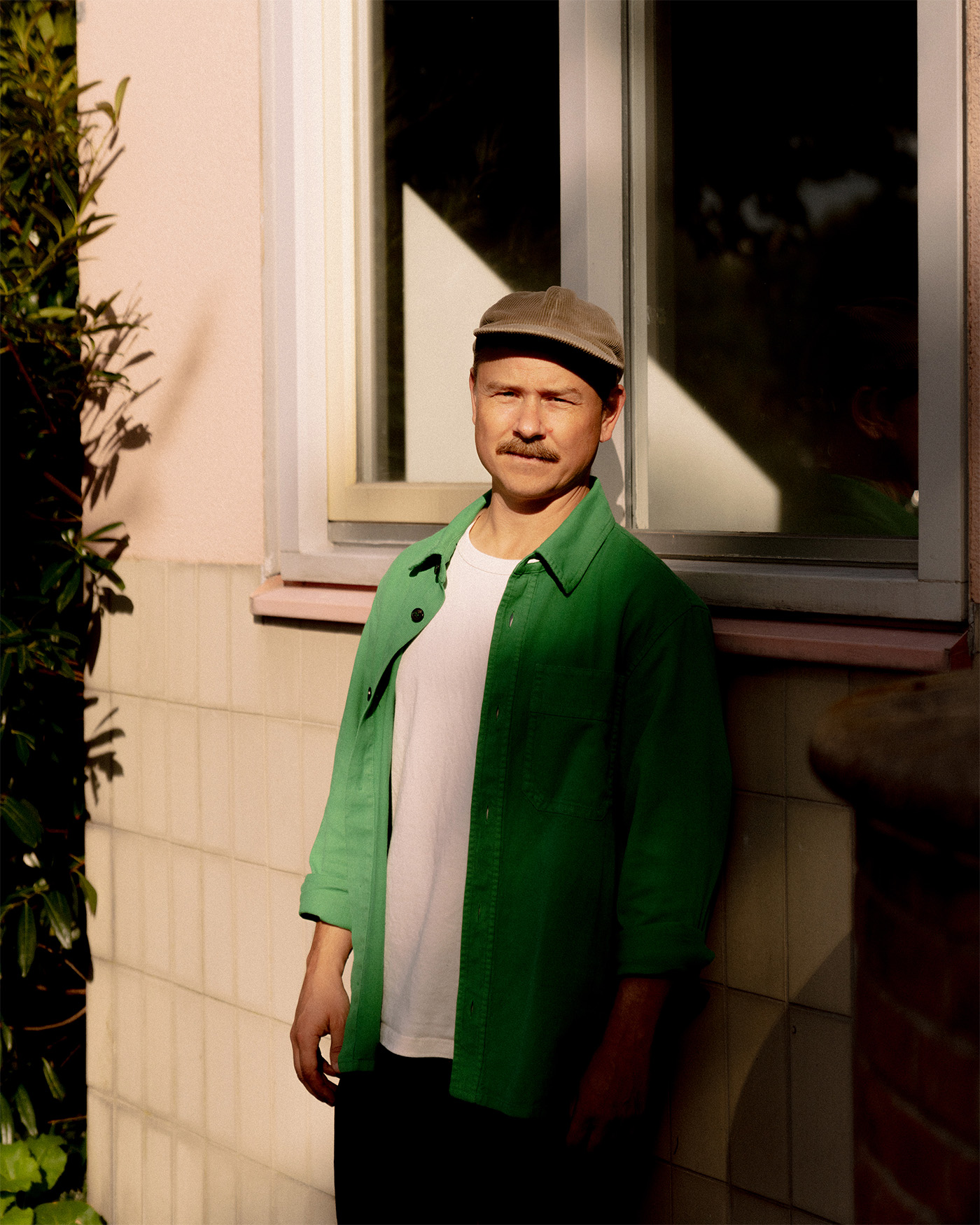 Kustaa Saksi (b. 1975, Kouvola, Finland) builds worlds of playful, paradoxical and troubling yet inviting shapes and environments pulled out of the ordinary. Combining organic qualities with uniquely detailed textures with rich colour palettes and experimental material use, Saksi is creating contemporary spaces, objects and atmospheres. His abstracted Hypnopompic tapestry series sits somewhere between the states of dreaming and awakening – surrealist and sensational. First Symptoms collection draws its inspiration and texture from the scientific examination and personal experience of migraine.

Saksi has spent the past seven years at TextielLab under Het Nederlandse Textielmuseum in Tilburg, The Netherlands, where he has been developing weaving techniques, experi- menting with materials and finding his own unique weaving processes that he describes as “action-painting with warp and weft”. Using a traditional Jacquard weaving technique, Saksi combines natural fibres such as mohair, alpaca, cotton and wool with rubber, metal, acrylic and phosphorescent yarns to create complex digital to analog textures. Jacquard weaving technique is named after the French inventor, Joseph Marie Jacquard (1752–1834), who designed the jacquard loom. With Jacquard’s automatic loom, it was possible to weave complex mechanically patterned silk fabrics. The technology was revolutionary in the textile manufacturing industry around the world. 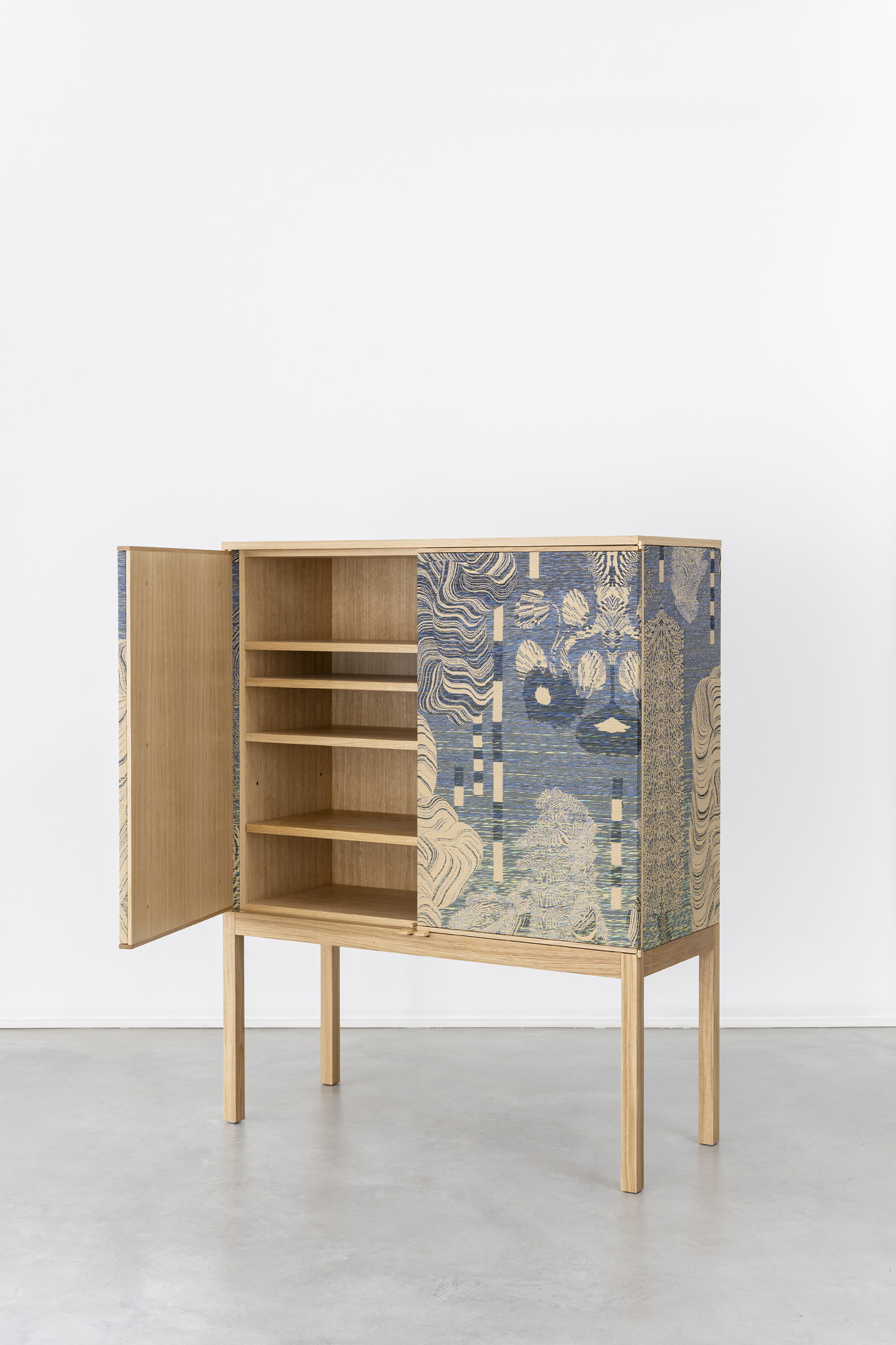 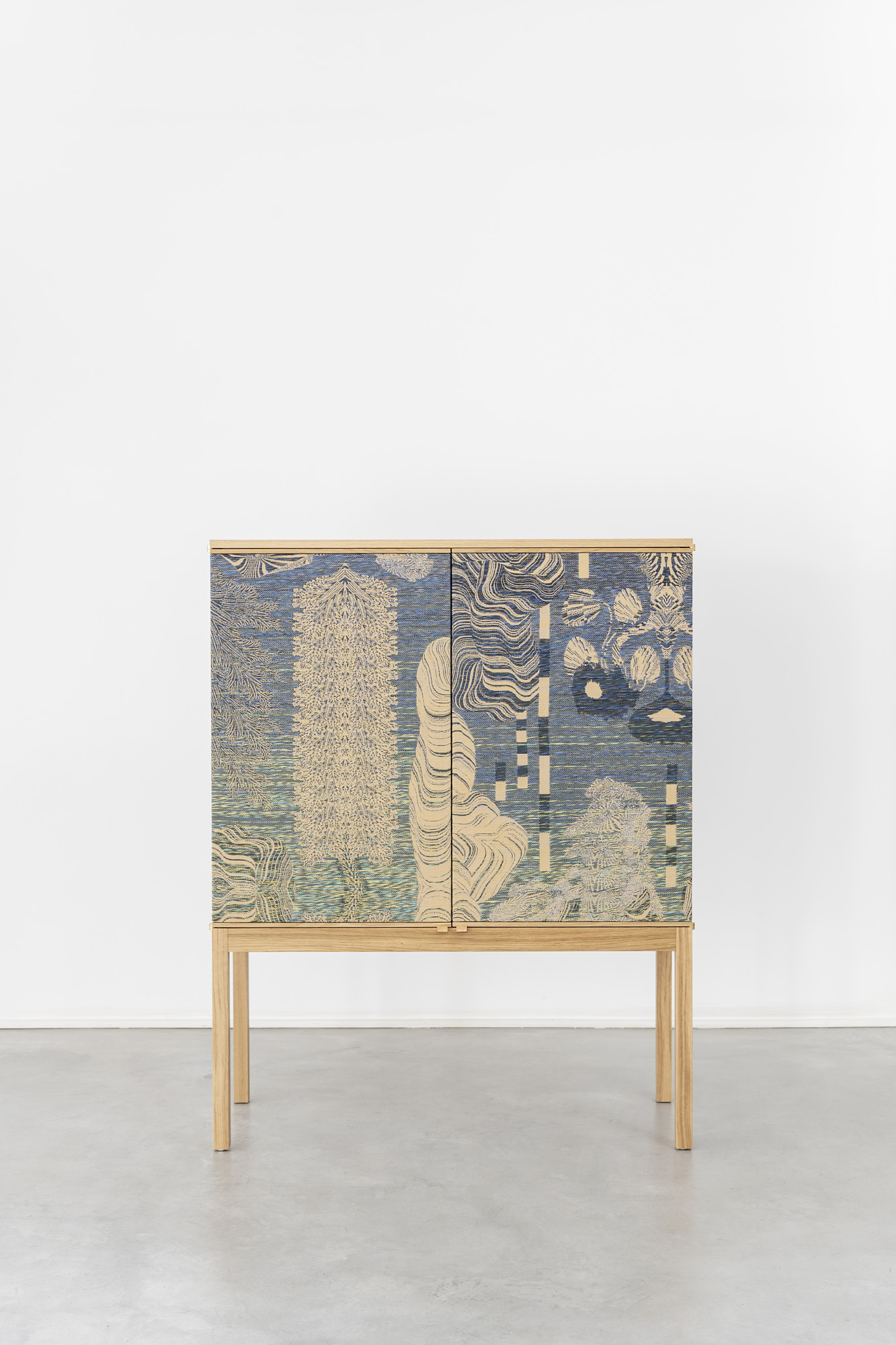 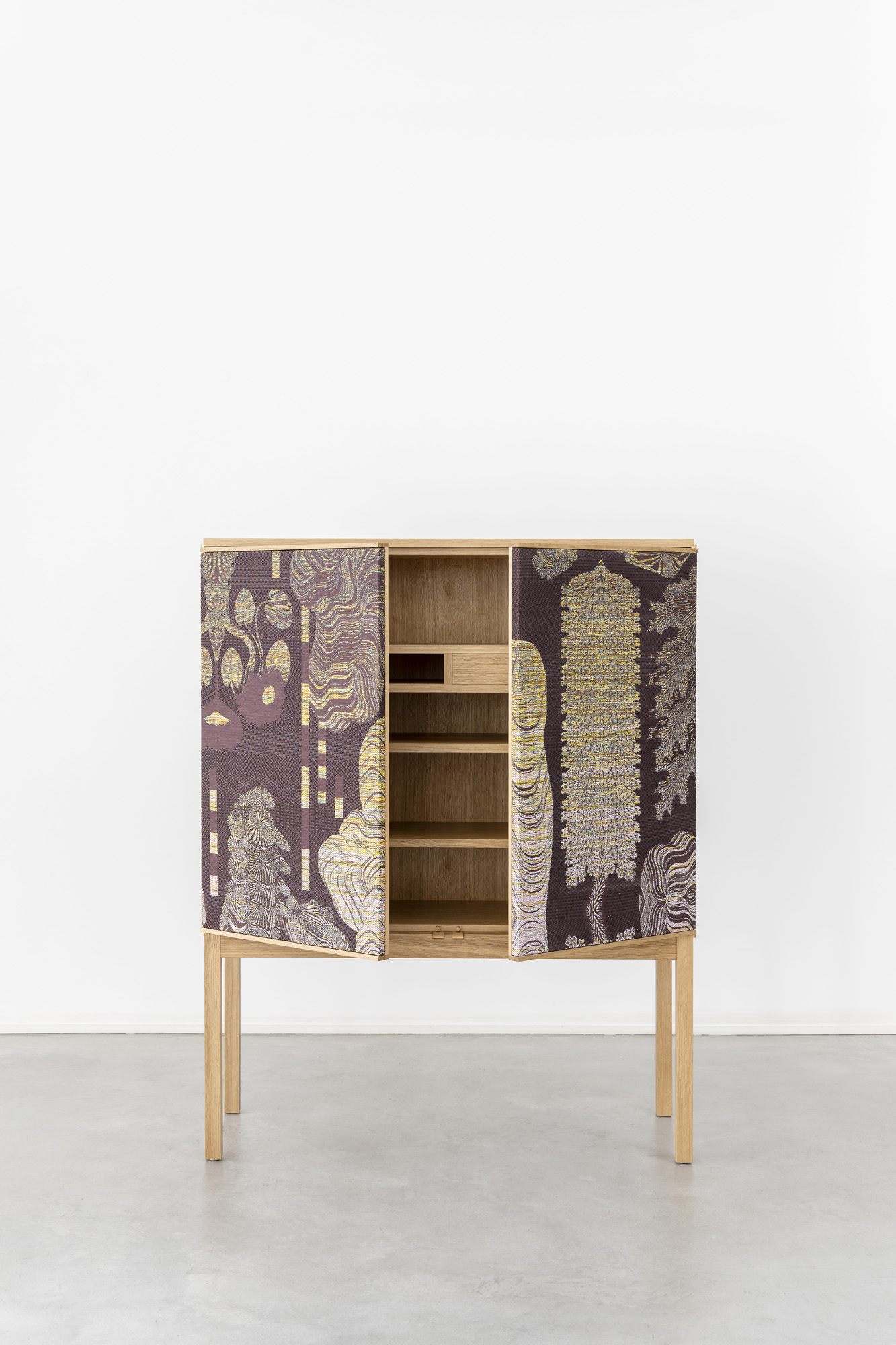 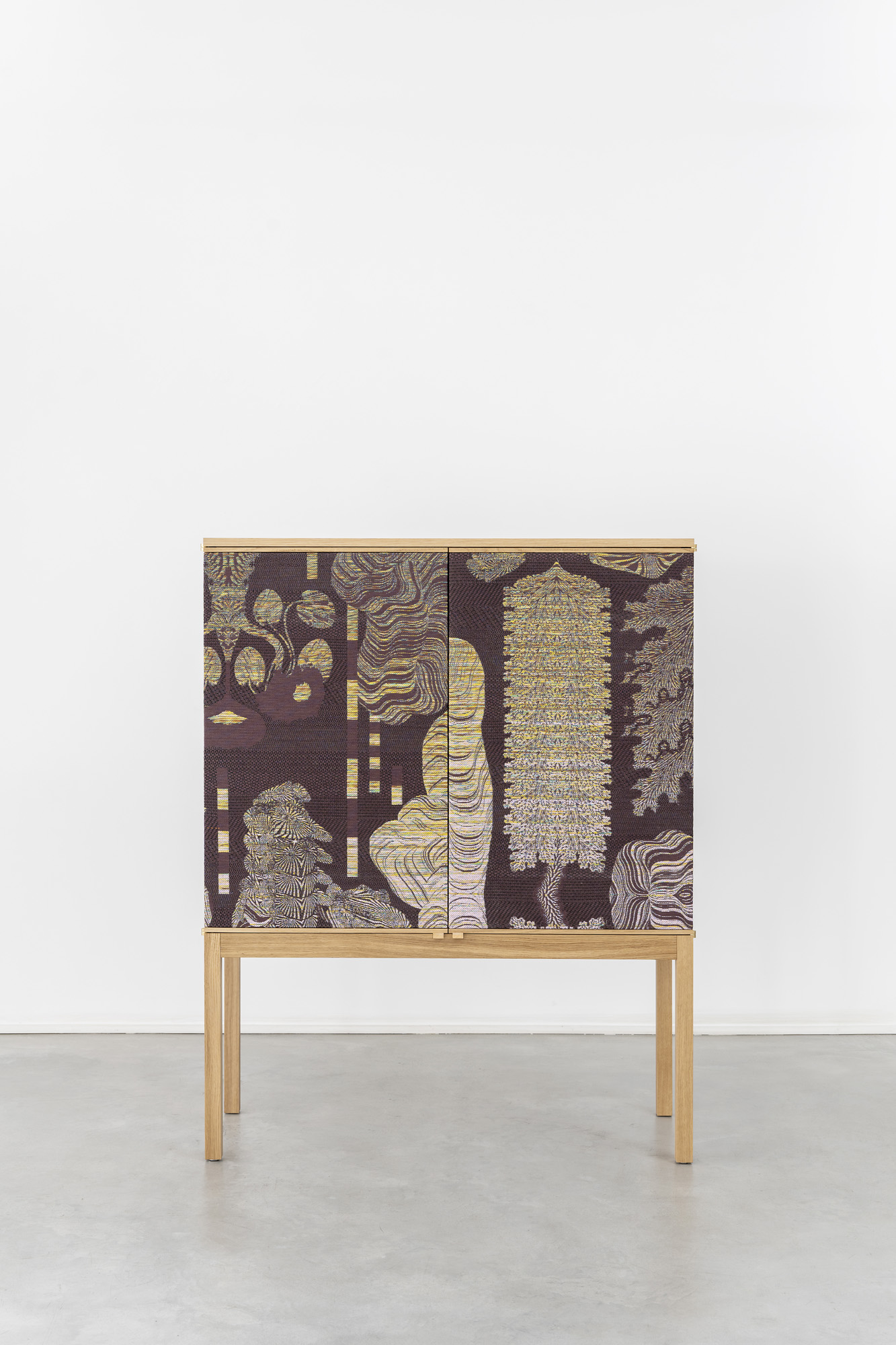 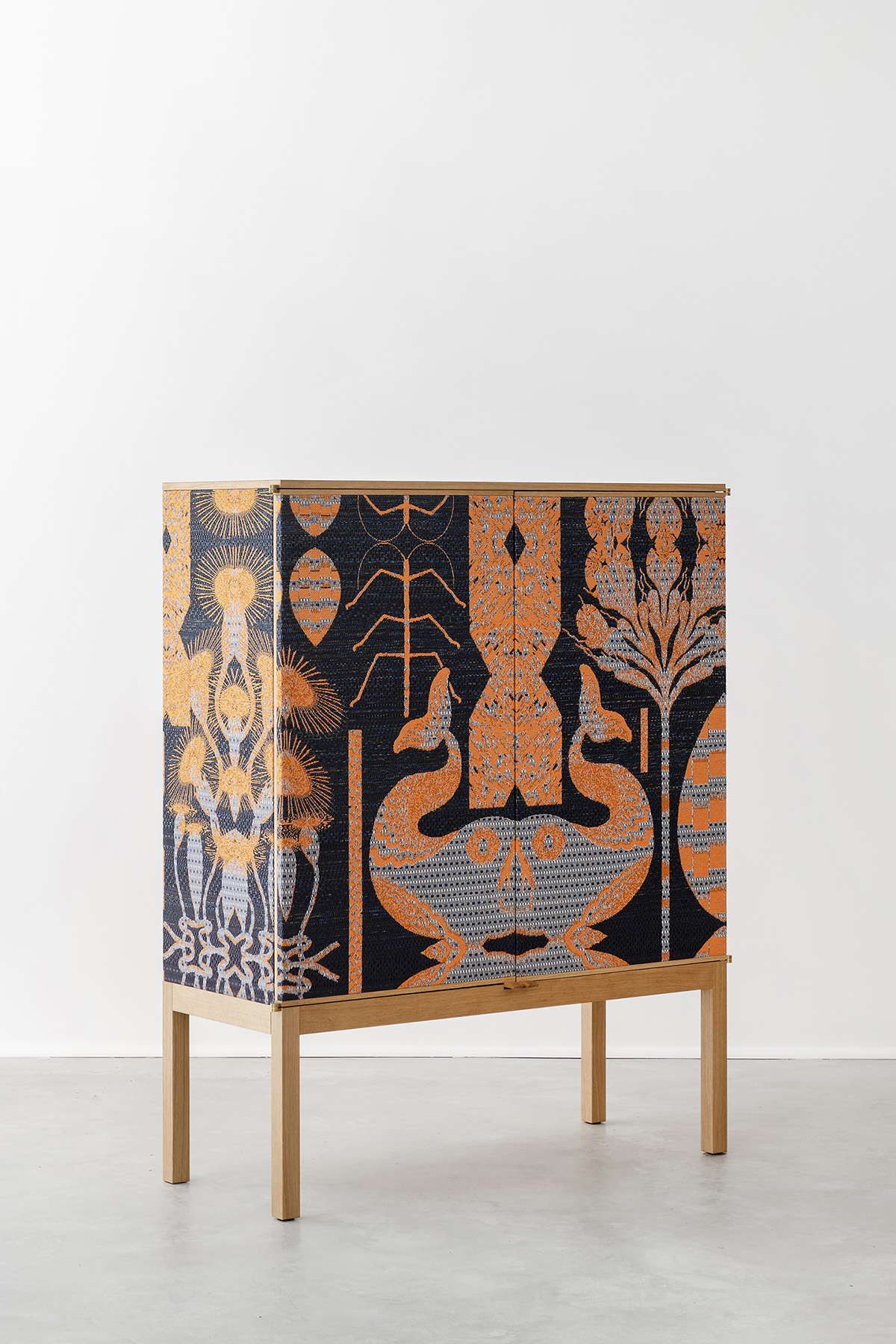 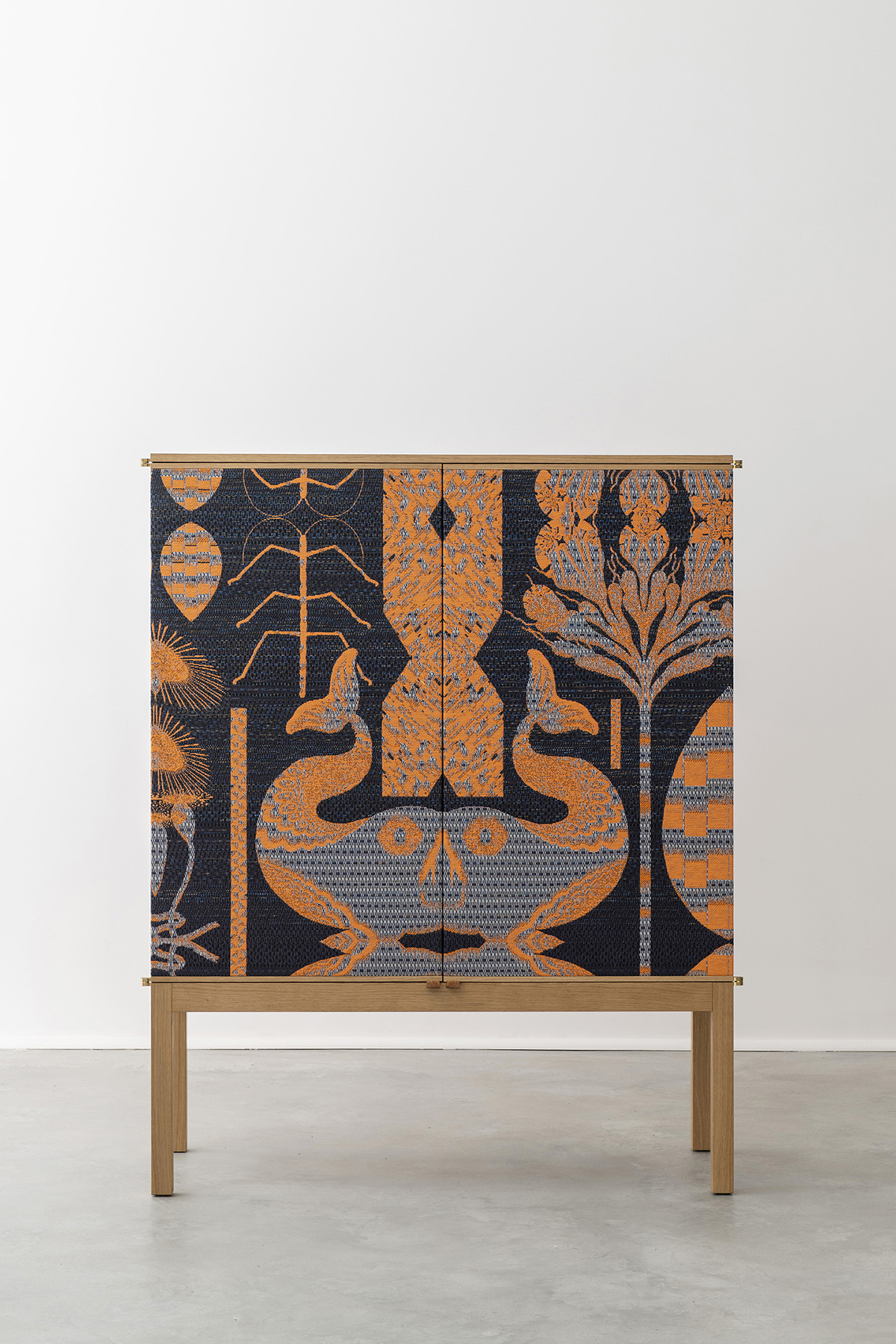 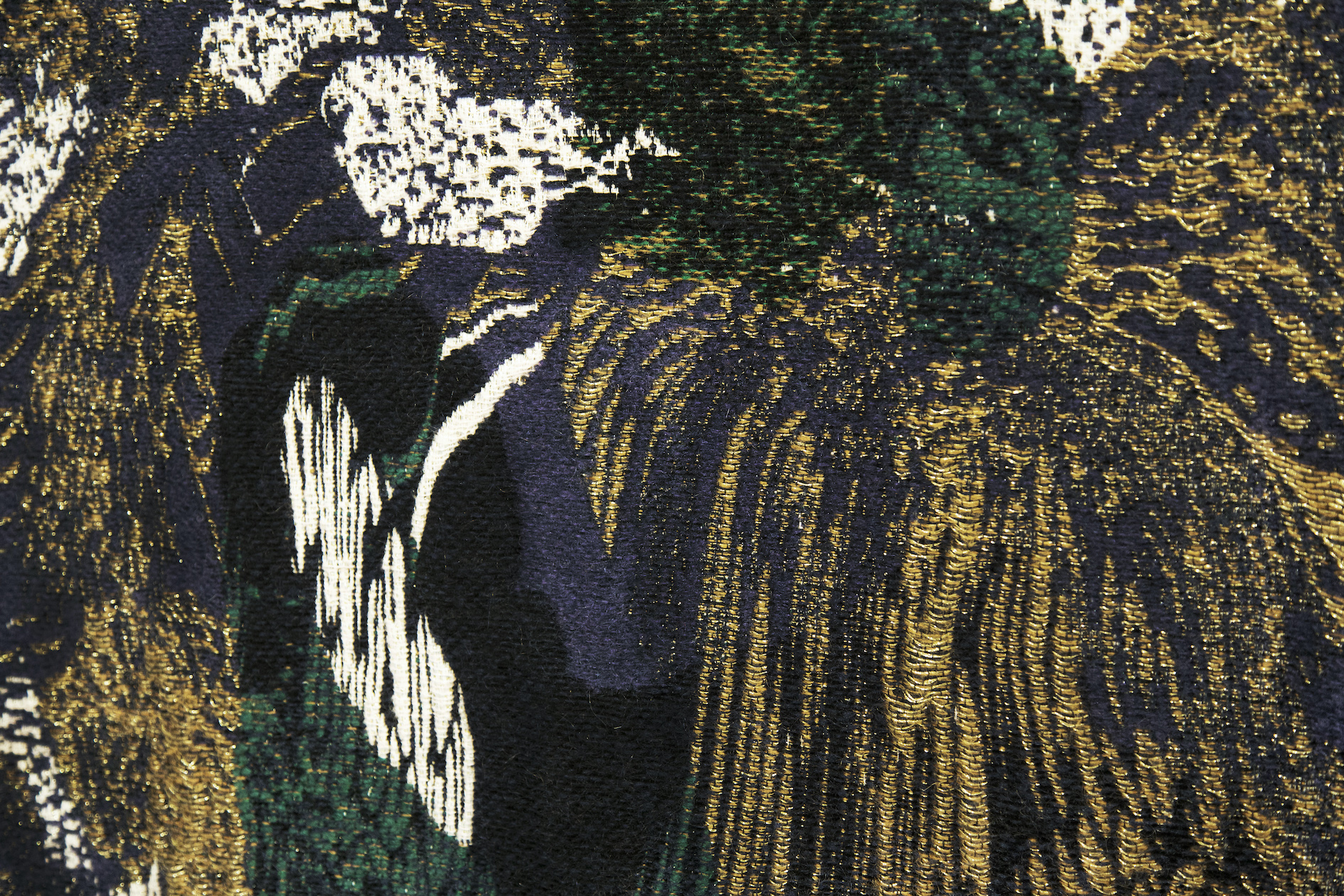 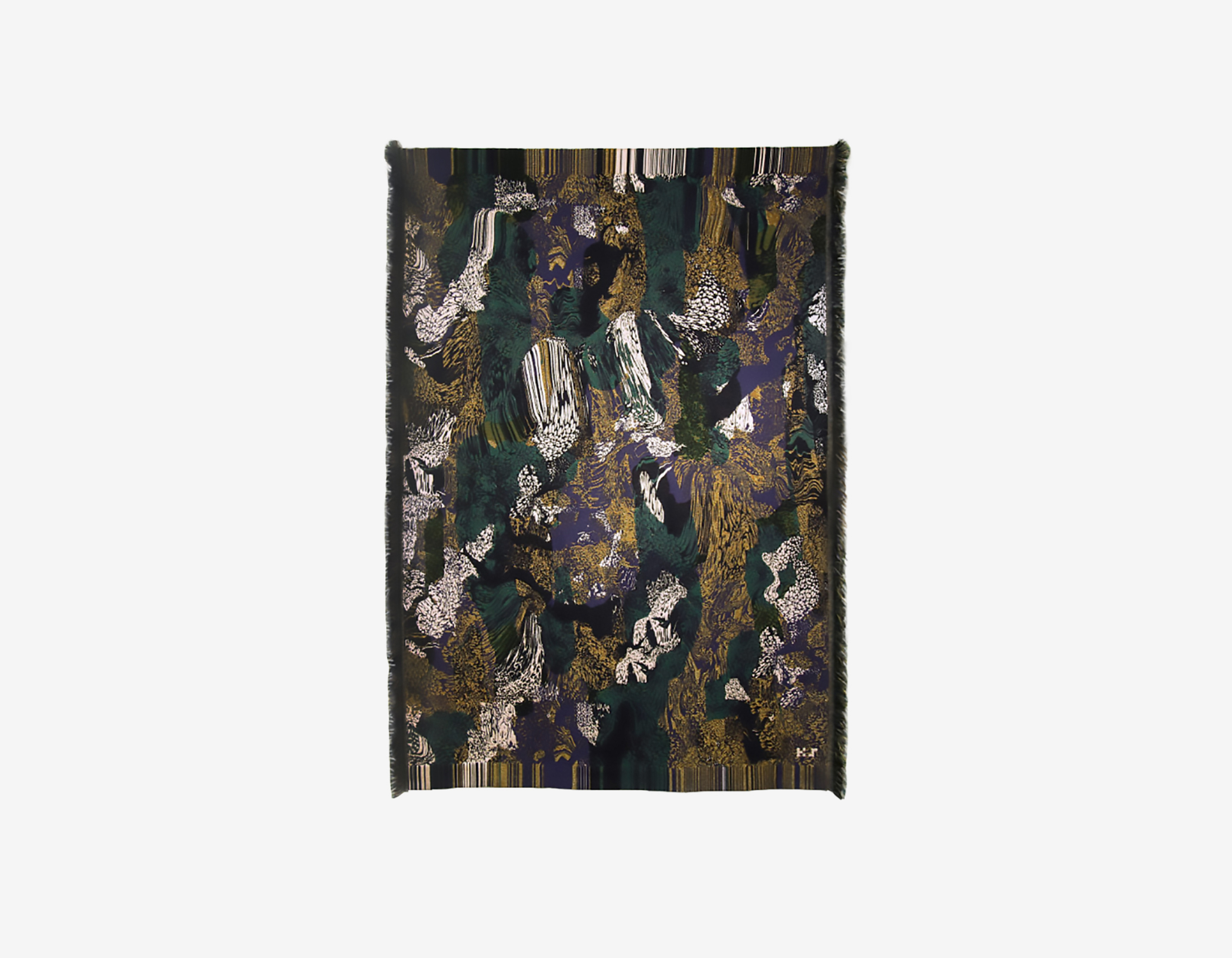 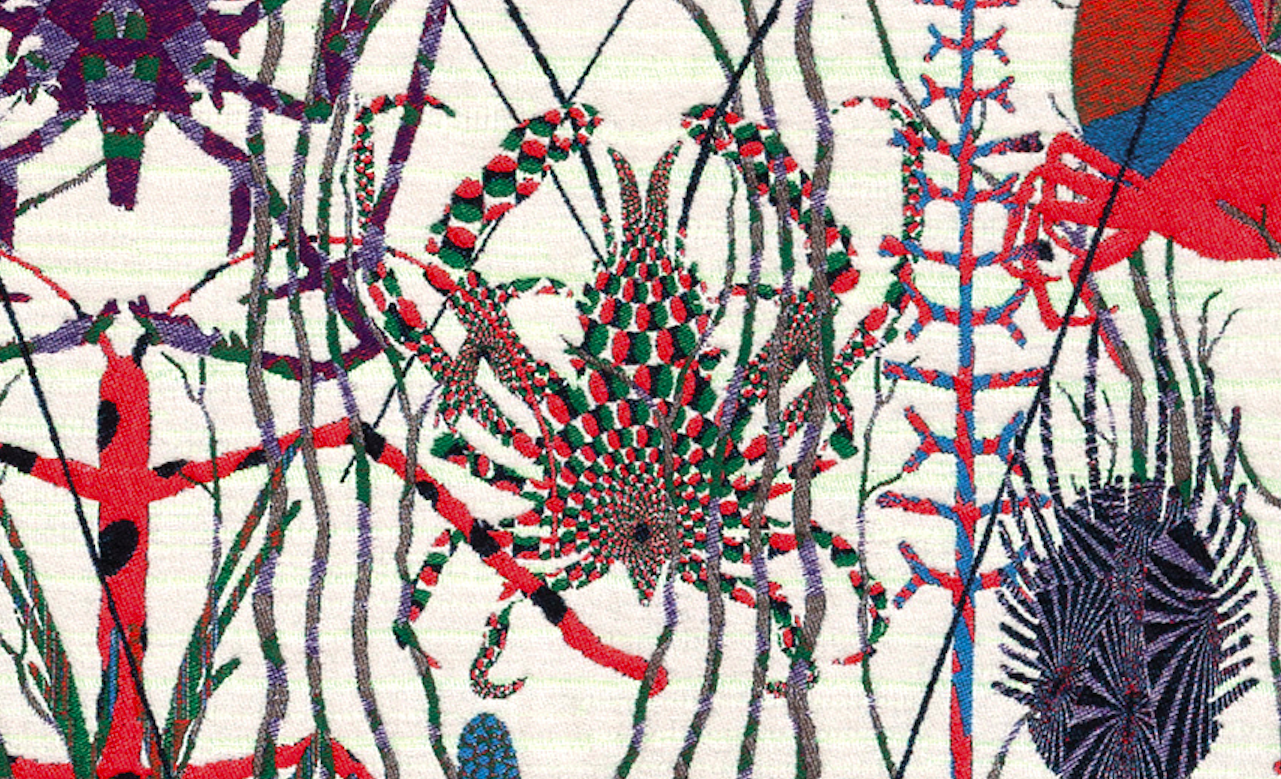 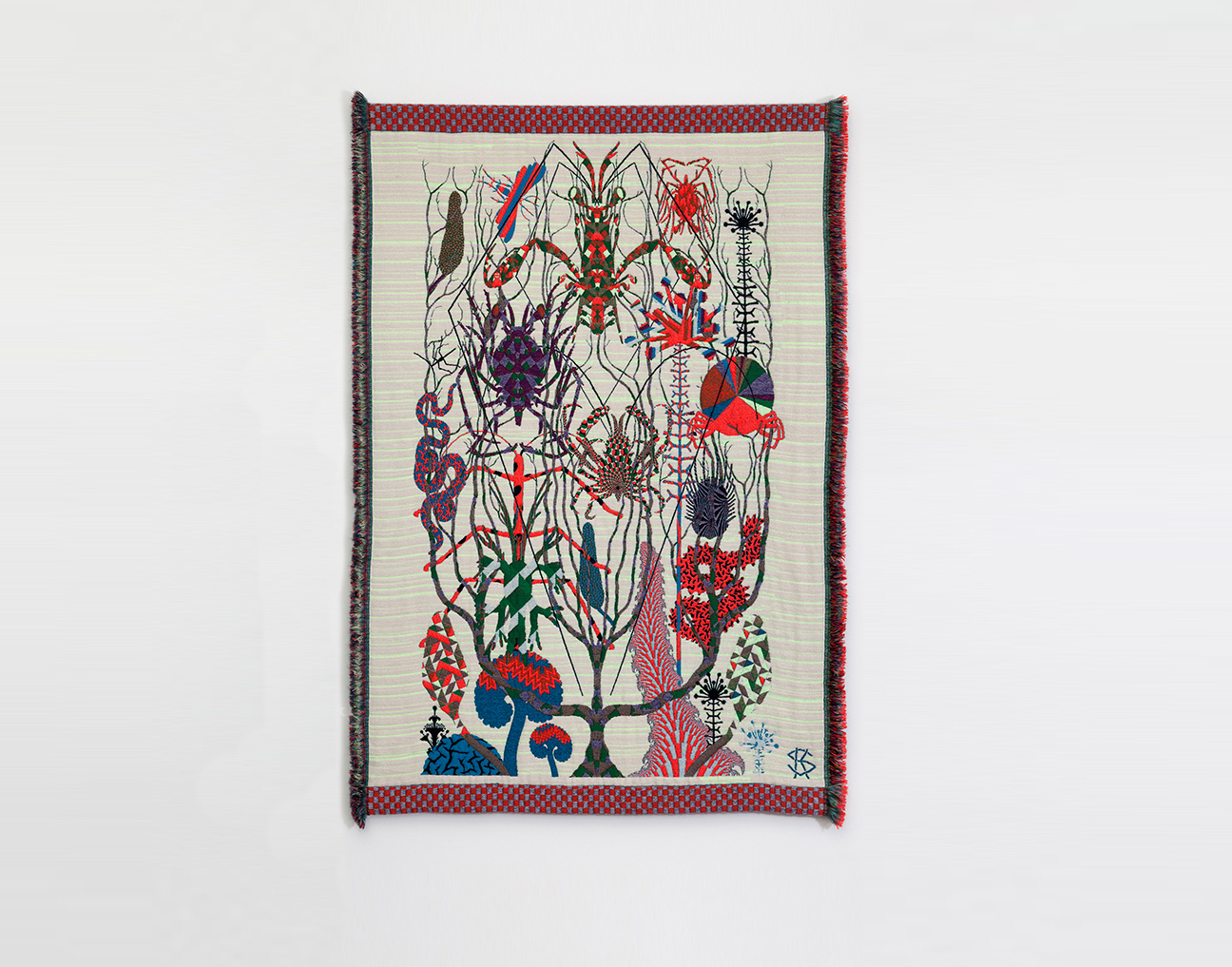 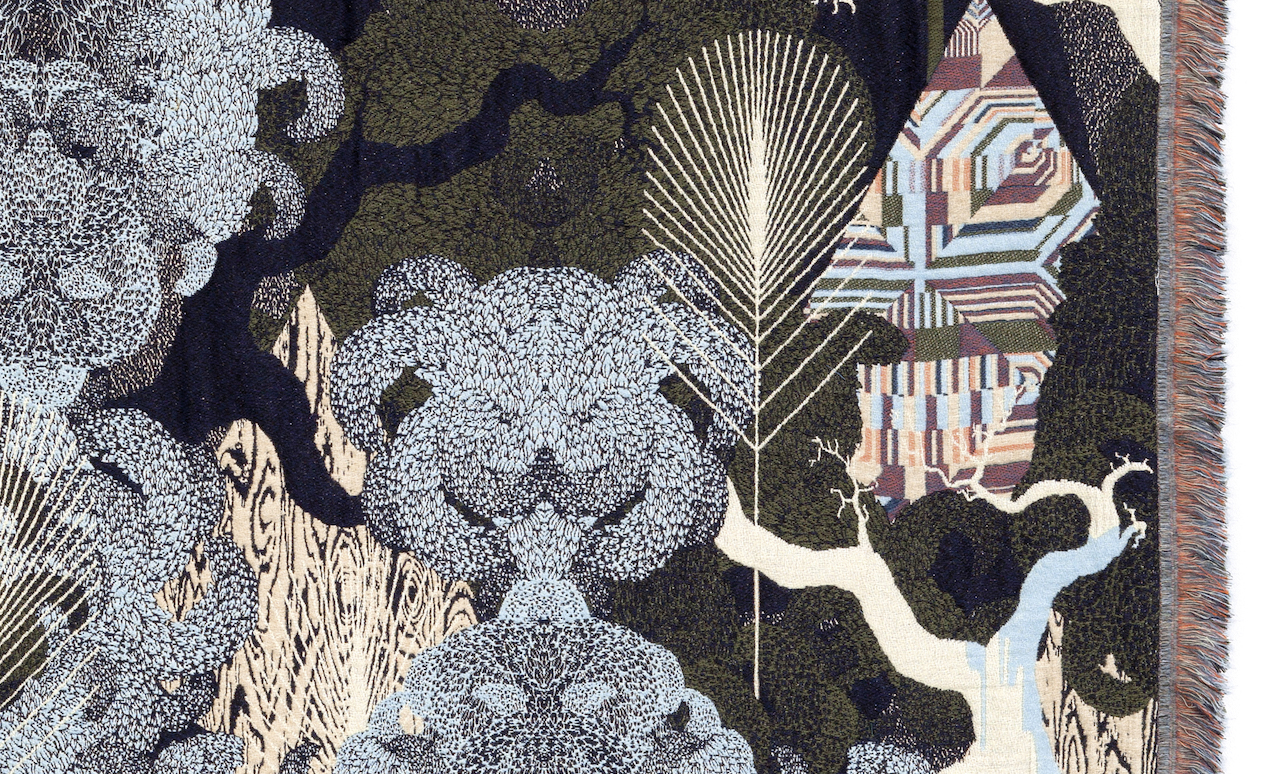 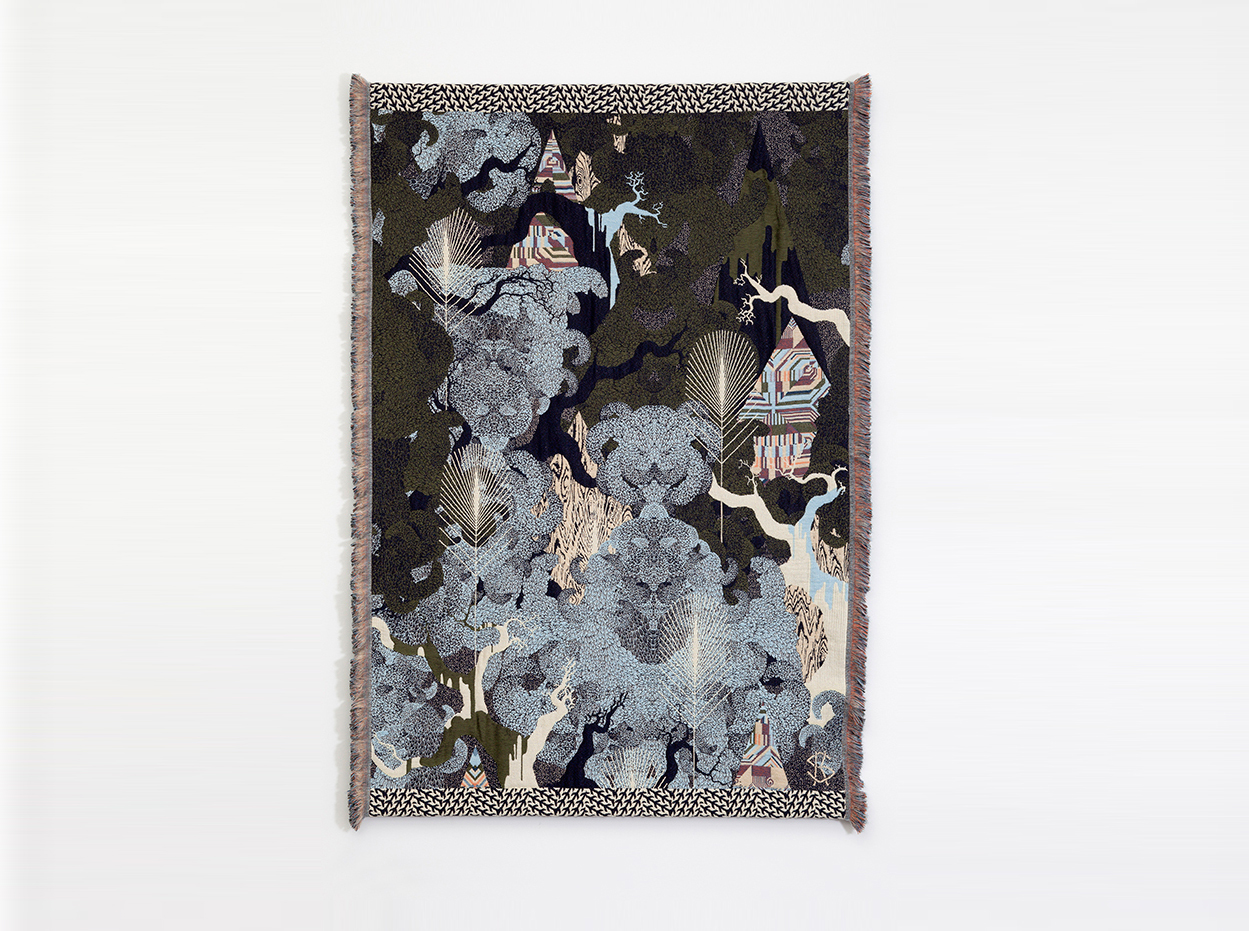 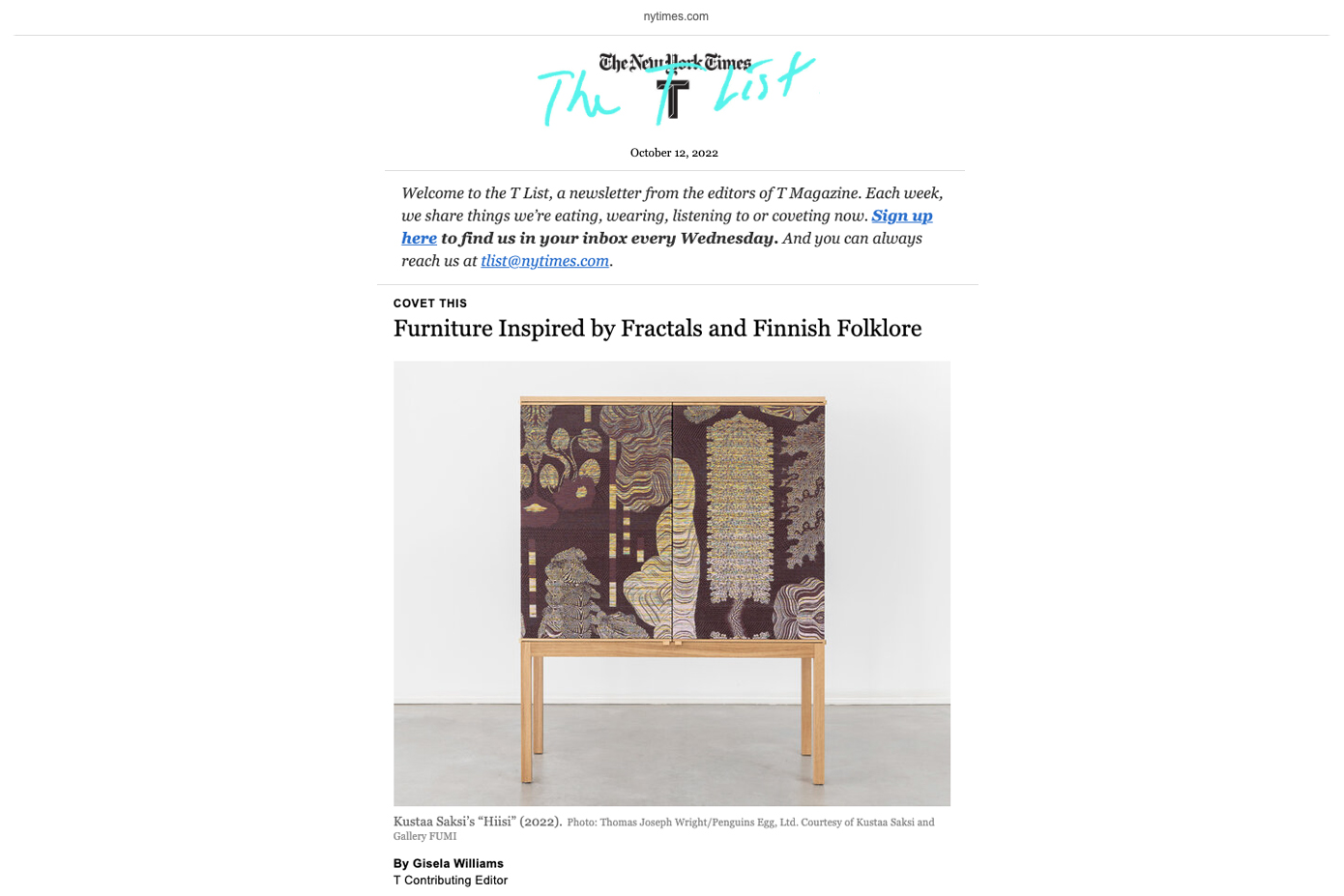