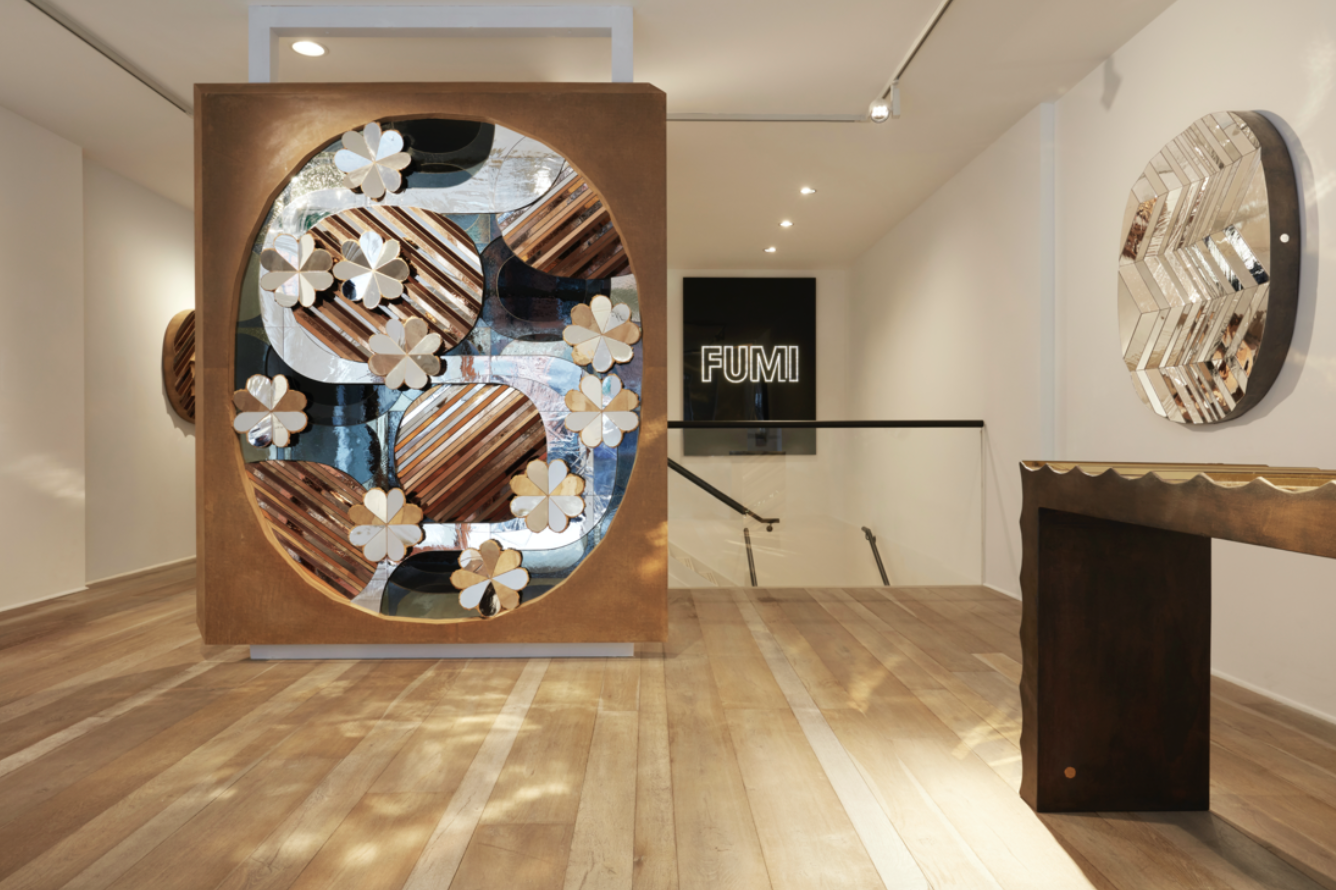 Sentiero dei Viandanti (Path of The Wayfarers) is a solo exhibition of new work by British artist Sam Orlando Miller. The exhibition pivots around a large sculptural mirror work, Rifugio dei Viandanti (Sanctuary of The Wayfarers), and five satellite works; mirror wall and floor sculptures that comfortably occupy the intangible space of art that could be functional. Having recently relocated from central Italy to Cataluña, Spain, the work contains memories of the old and visions of the new. There is a sense of journey, a sense of landscape in which the surfaces become a collection of symbols that, like a shrine, speak to the hopes and fears of the wayfarer. As part of his creative process, Miller explores the simplification of images into symbols and how, paradoxically, this simplicity can lead to ambiguity. The first step of transforming his thoughts into physical objects is by drawing, swiftly capturing the shifting images in his mind. Miller sees his drawings as a shorthand bridge between the purely cerebral and the physical. He aims to keep a feeling of the immediacy and technique of drawing in the final object. Miller grew up in London surrounded by skilled English craftsmen in the family silversmithing workshop. Here he learned an exceptional level of skills. ‘Working at the bench, in that arcane environment, I felt there was a connection going back hundreds of generations. Essentially, the way things were done was mediaeval, these craftsmen were like ancestors, seeped in the trade, which gave me a deep-rooted confidence in making things.’ ‘The skill of working with silver is understanding its reflection. When you make an object in silver you need to know how it captures the world around it.’ Miller graduated in fine art from Falmouth School of Art, and was recognised for large-scale forged sculpture. He established a studio in London in 1989, relocating to a remote farmhouse in central Italy in 2002. The recent move to Spain came after a long search for a bygone landscape of mountains, paths and rivers. He wanted to live within the world of symbols he was drawn to. Sentiero dei Viandanti is the first body of work to emerge from this new home. 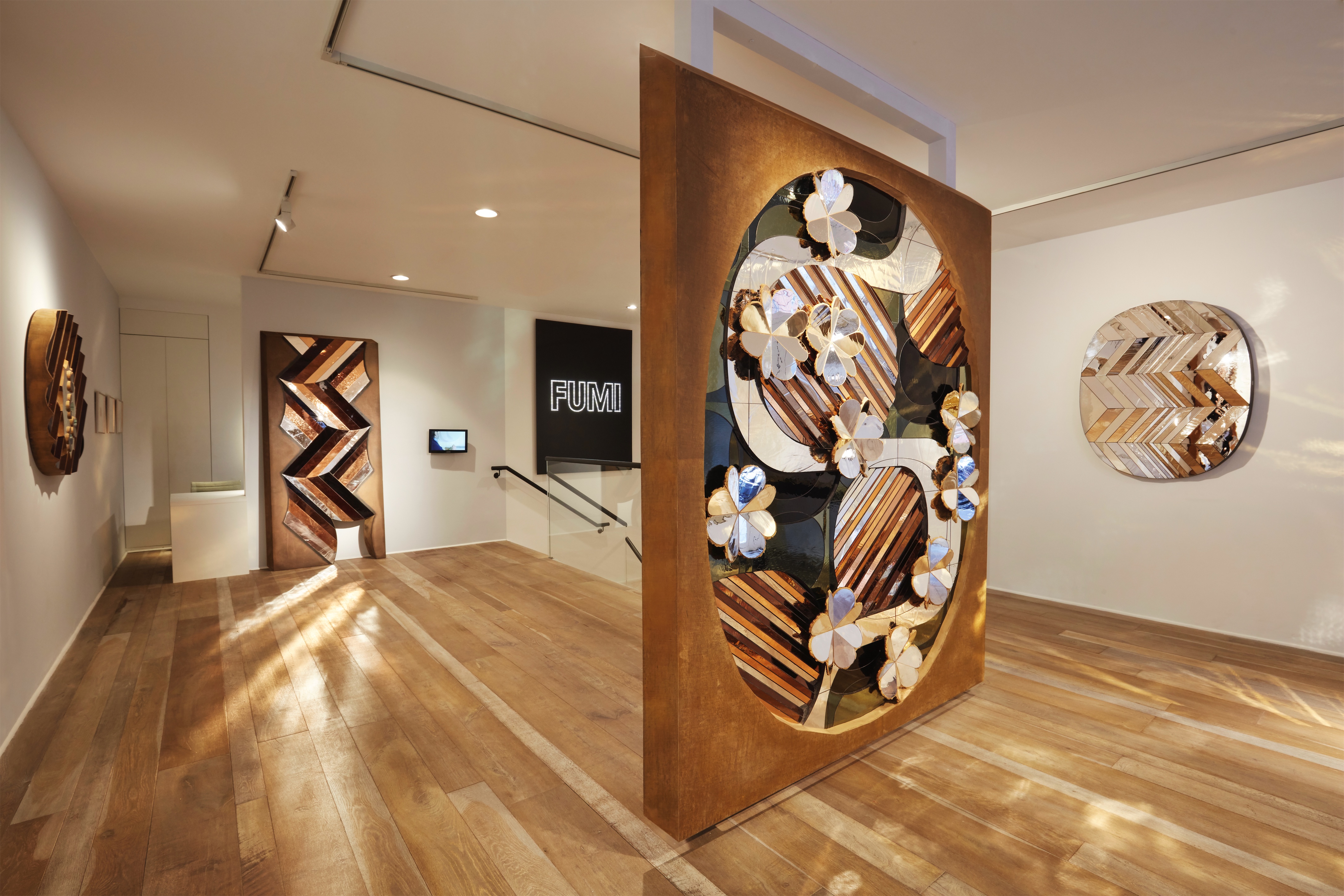 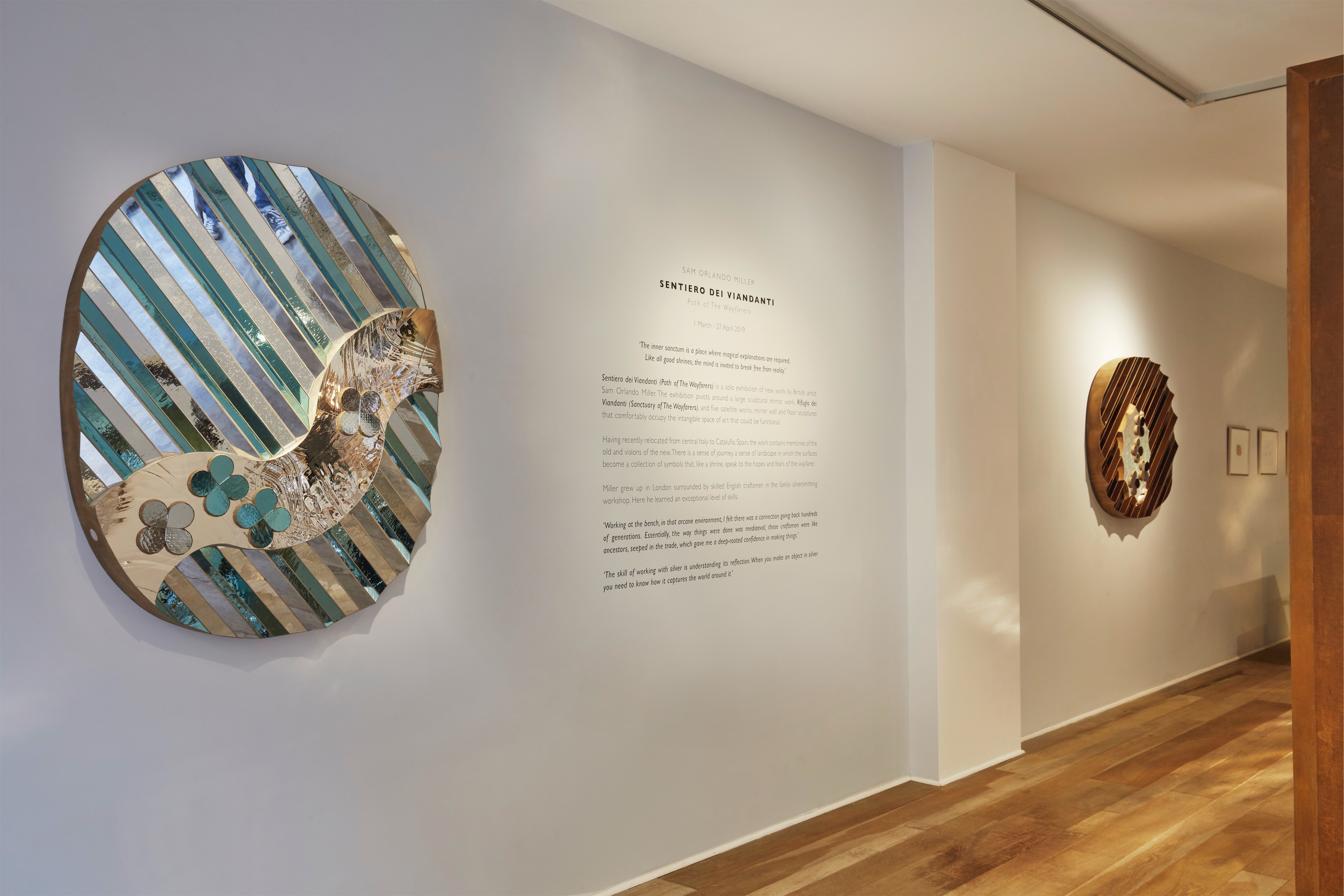 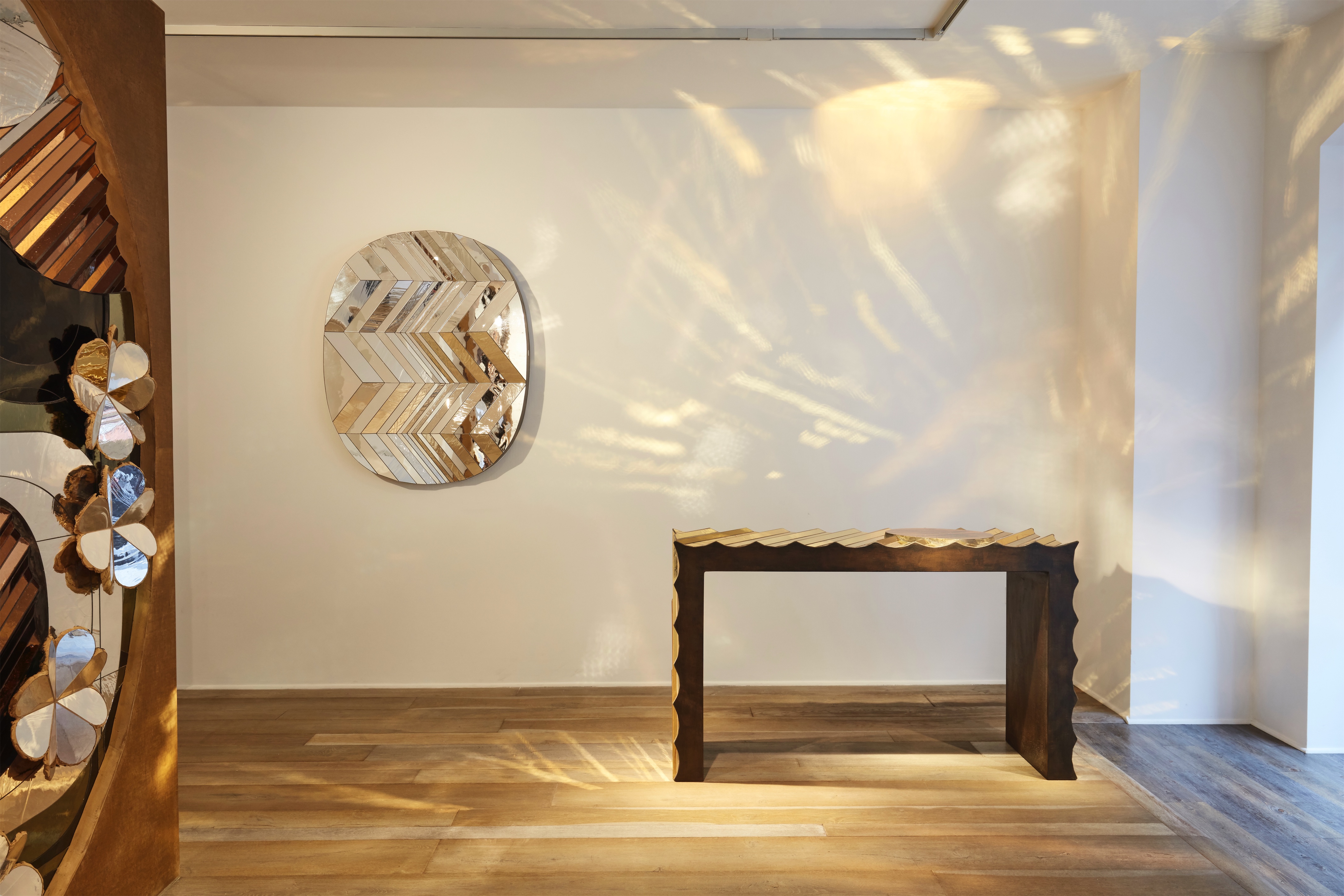 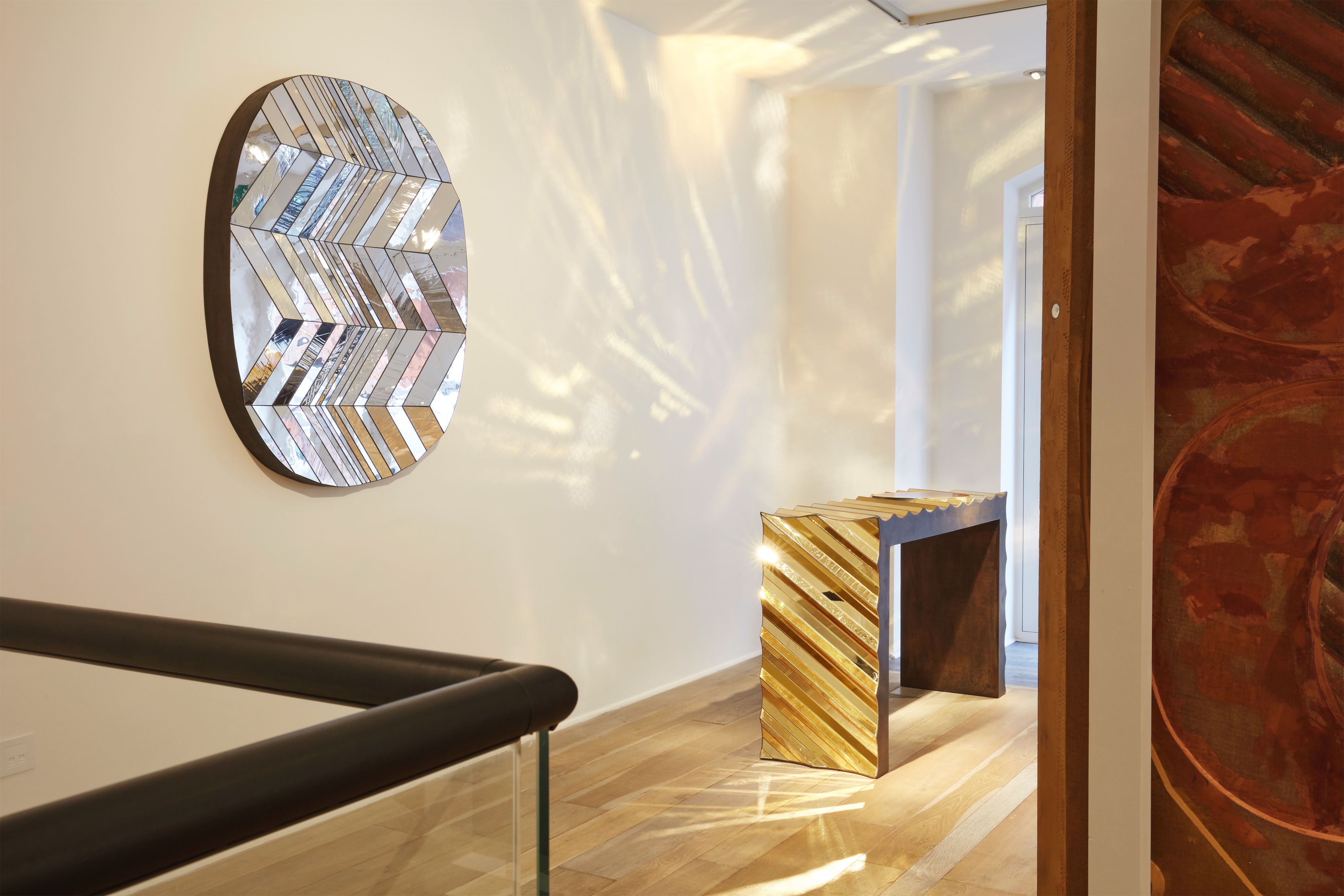 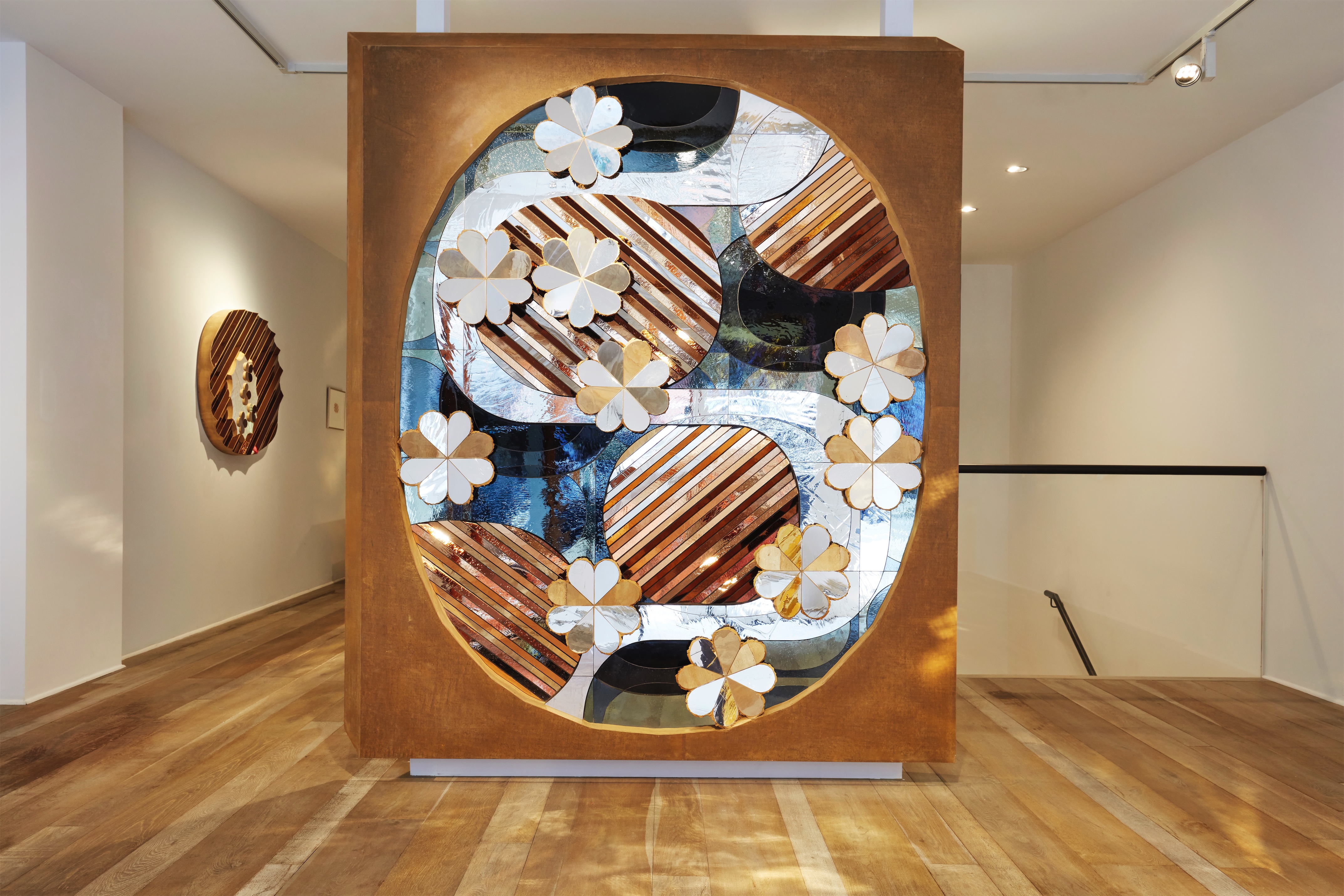 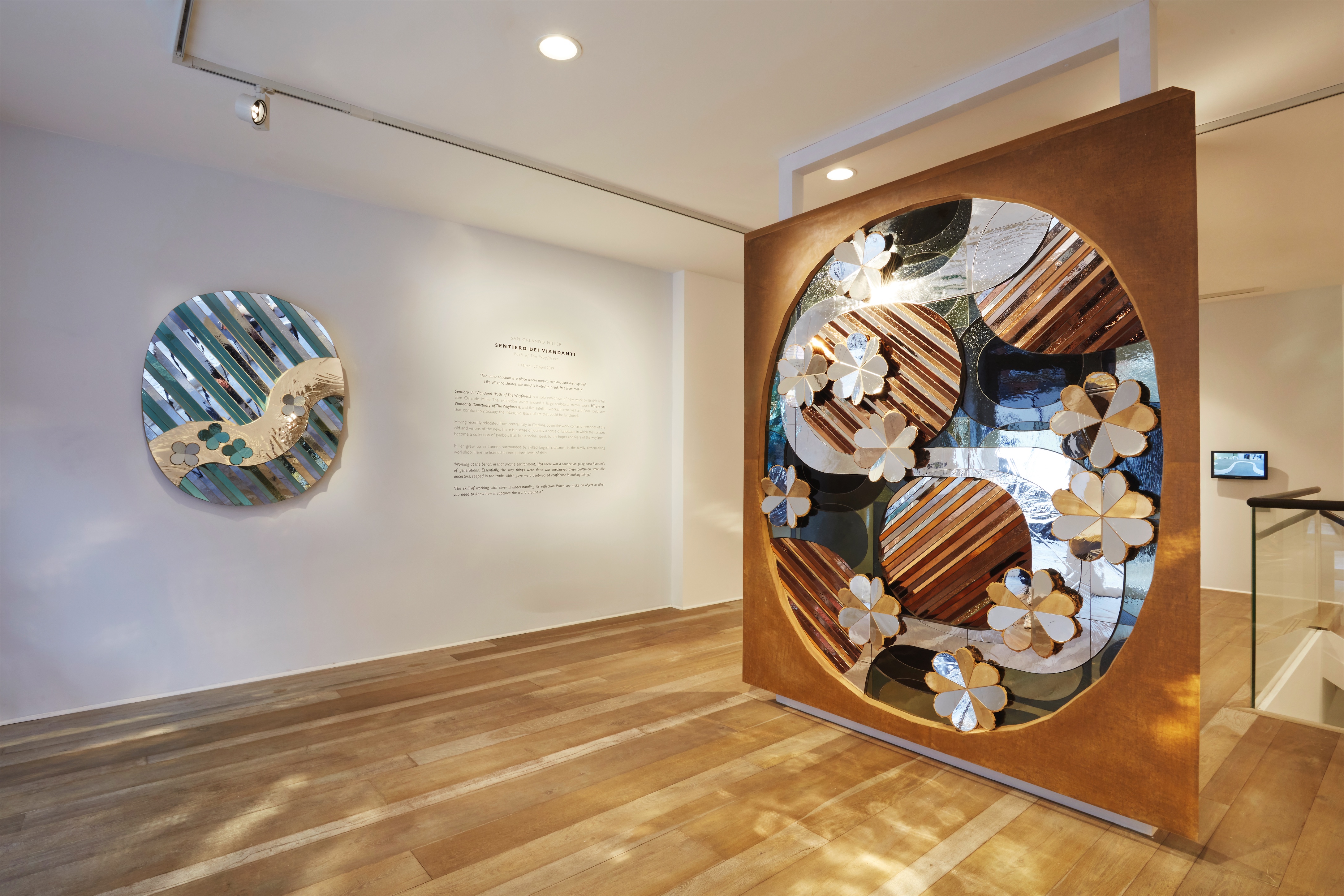 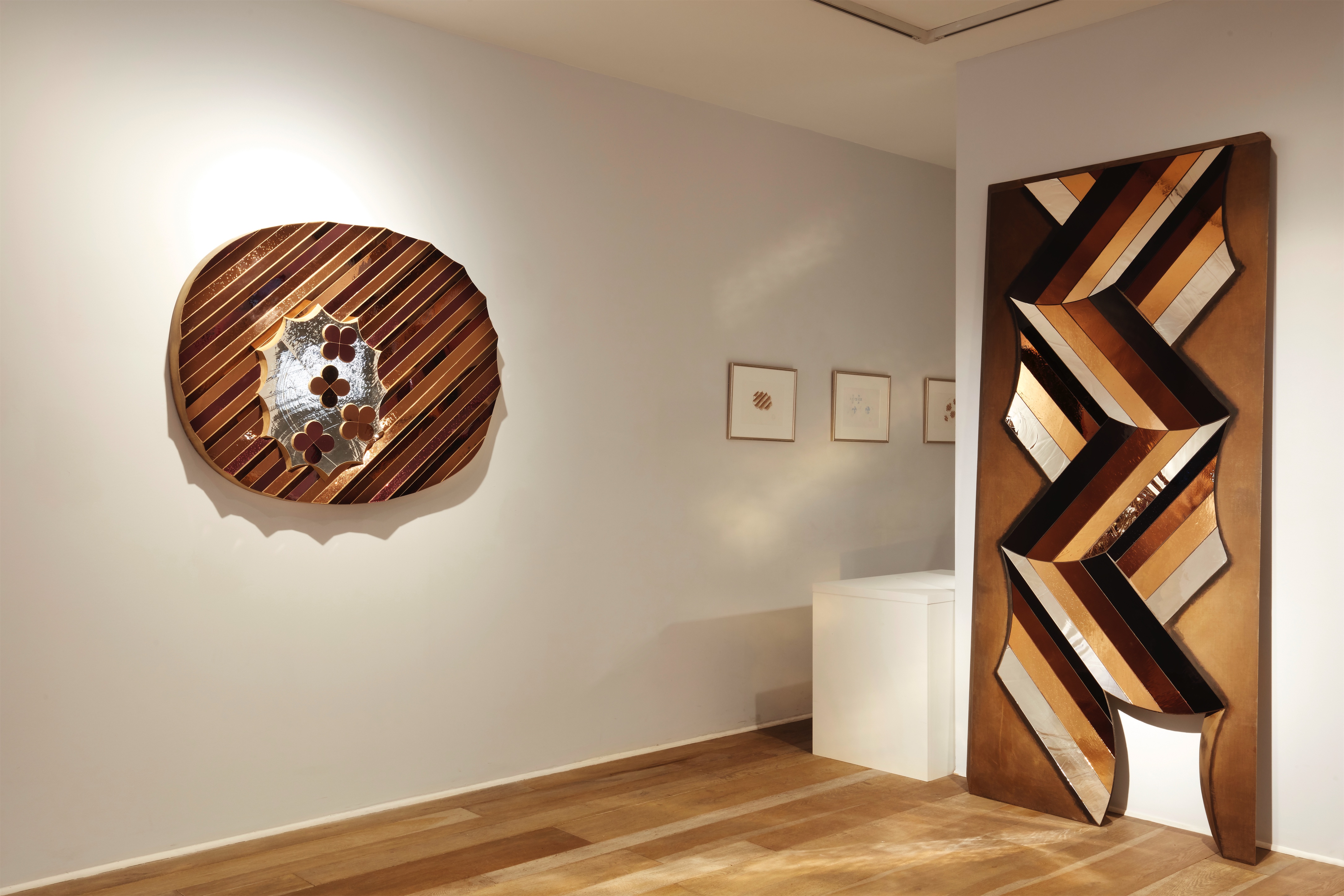 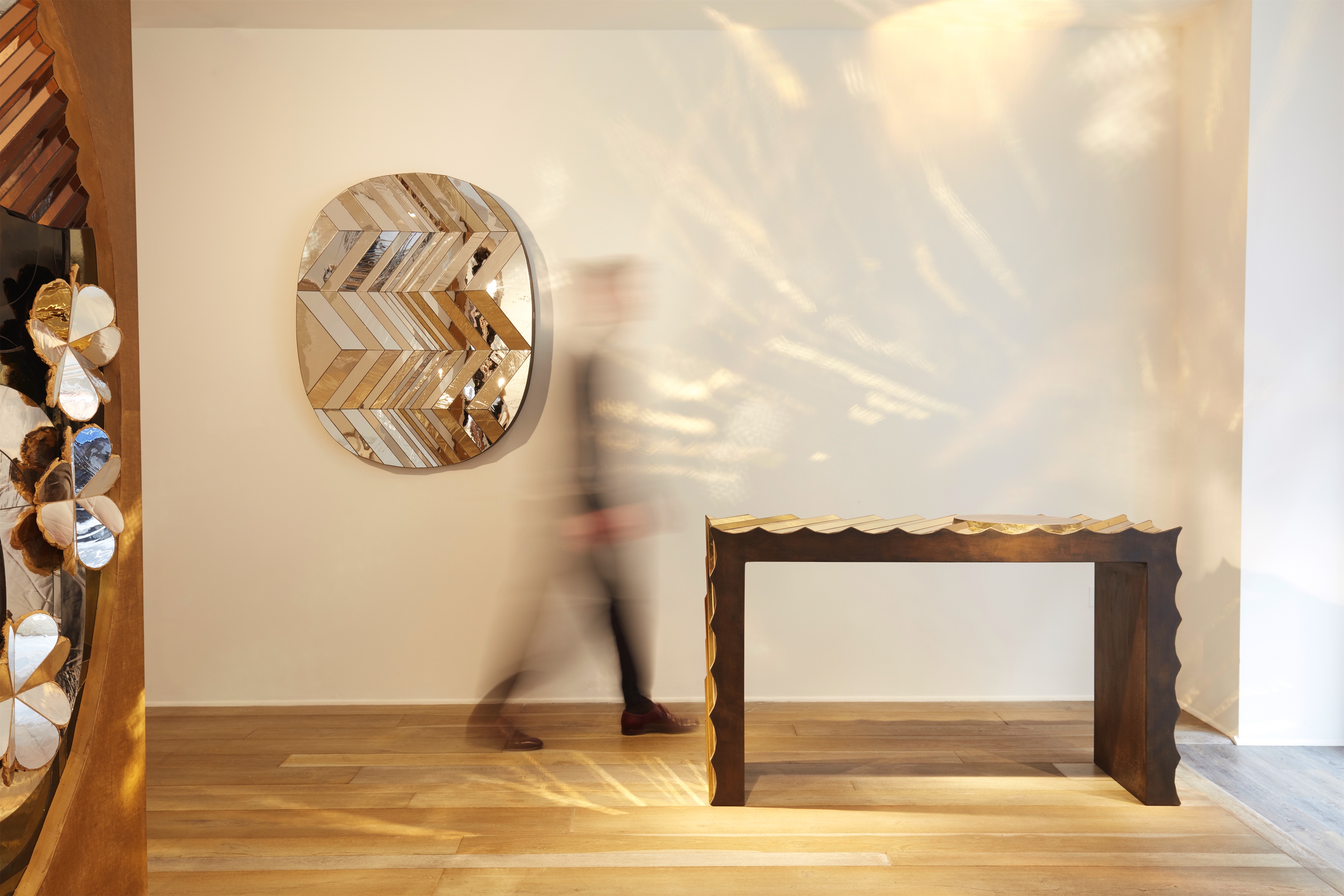 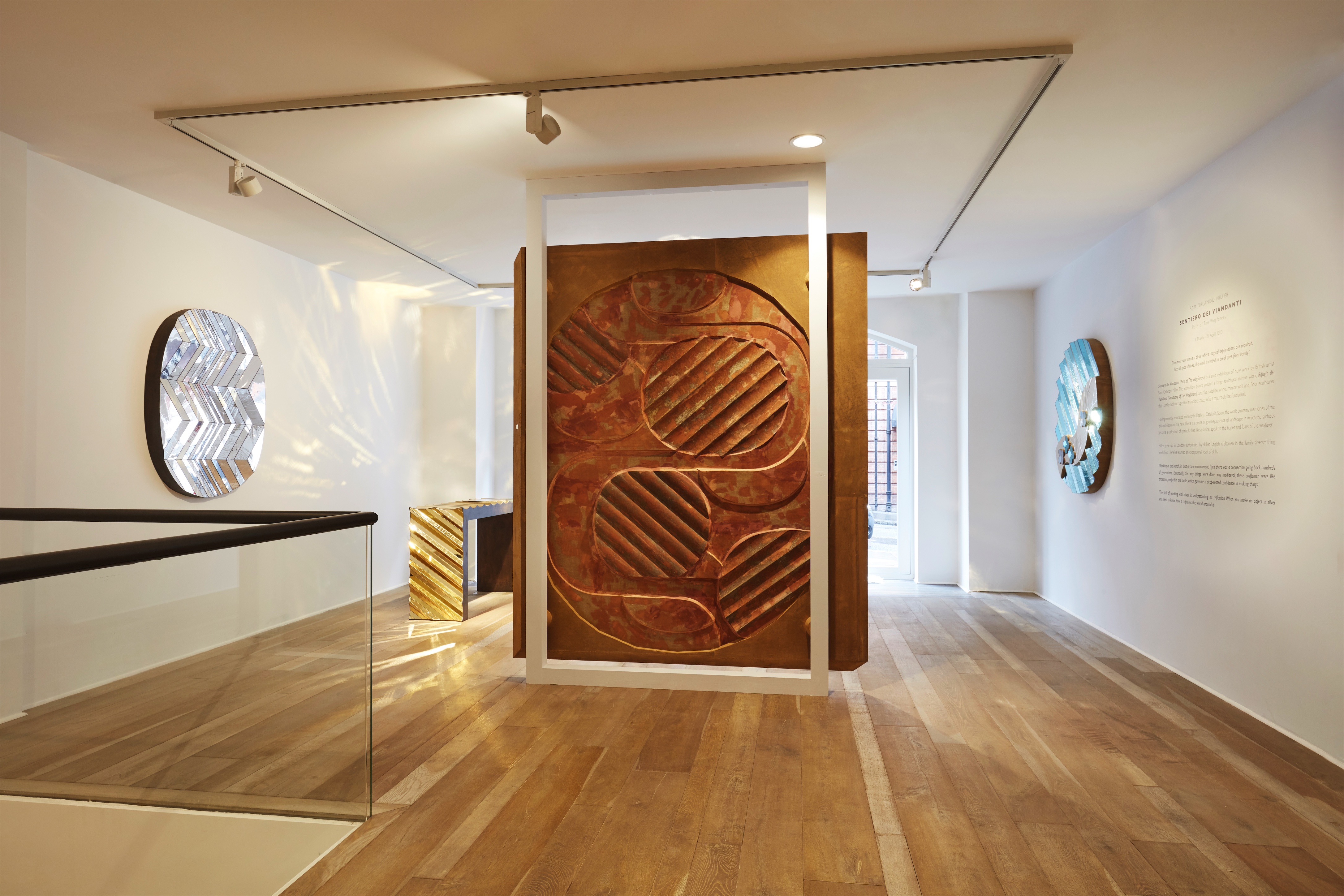 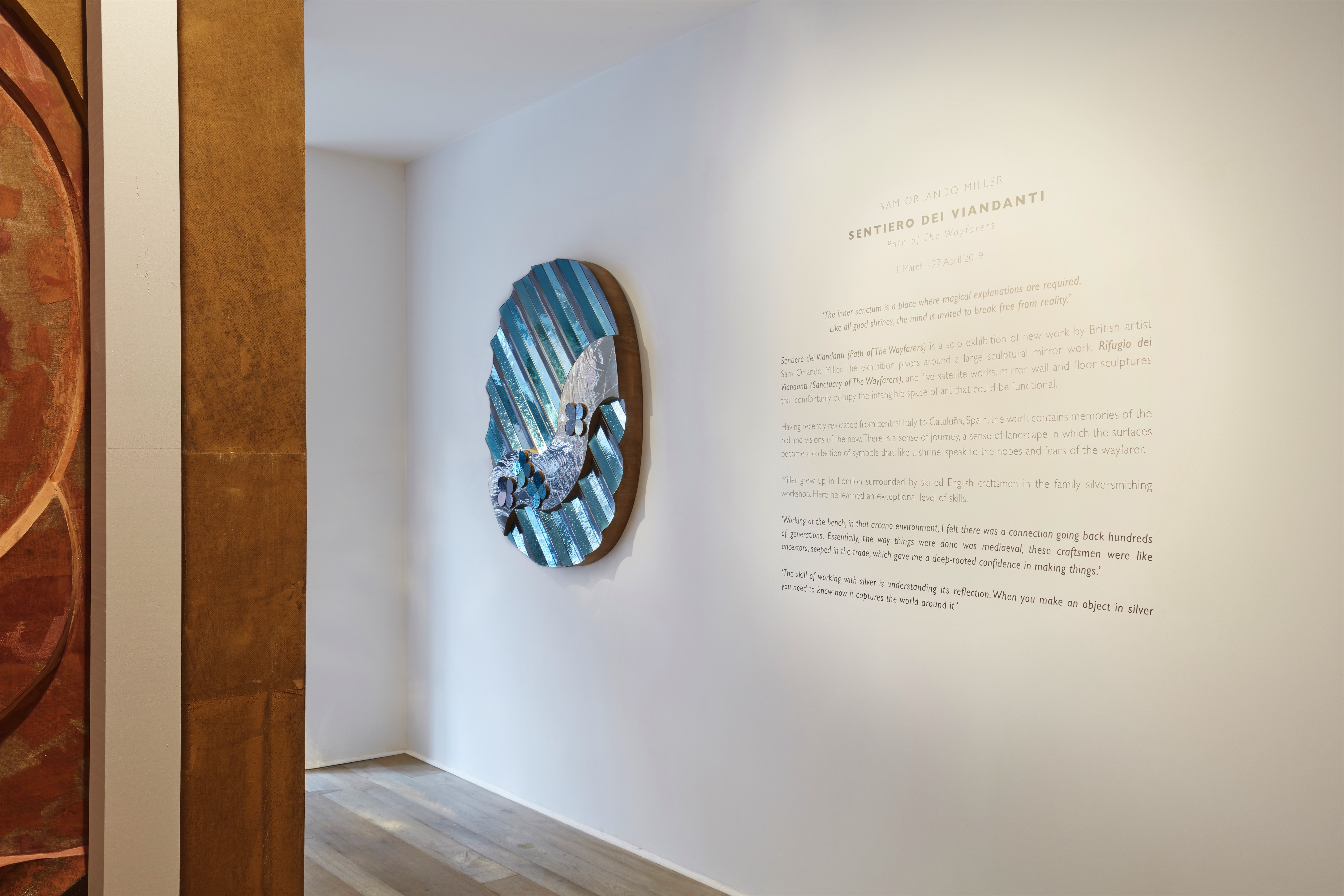 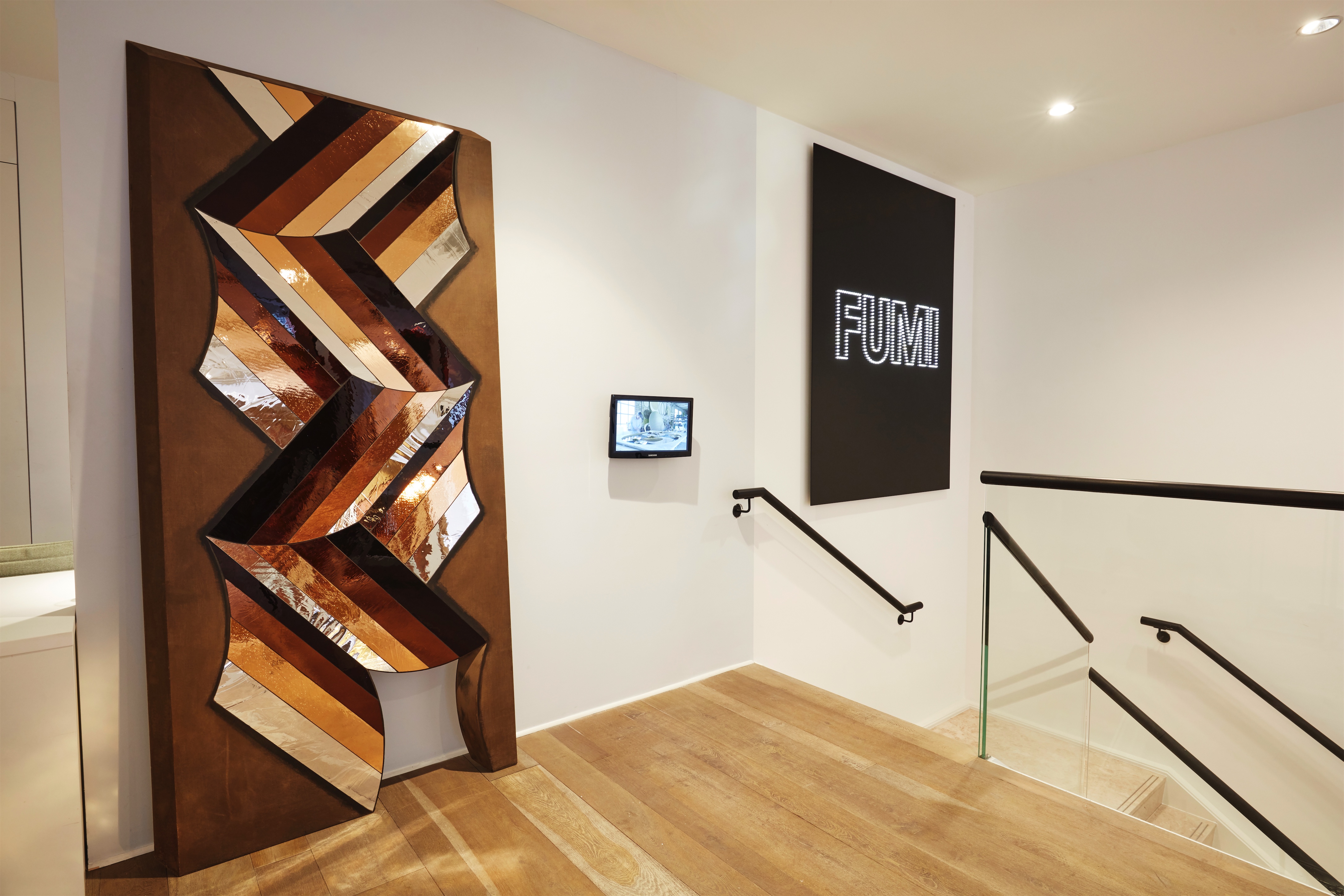 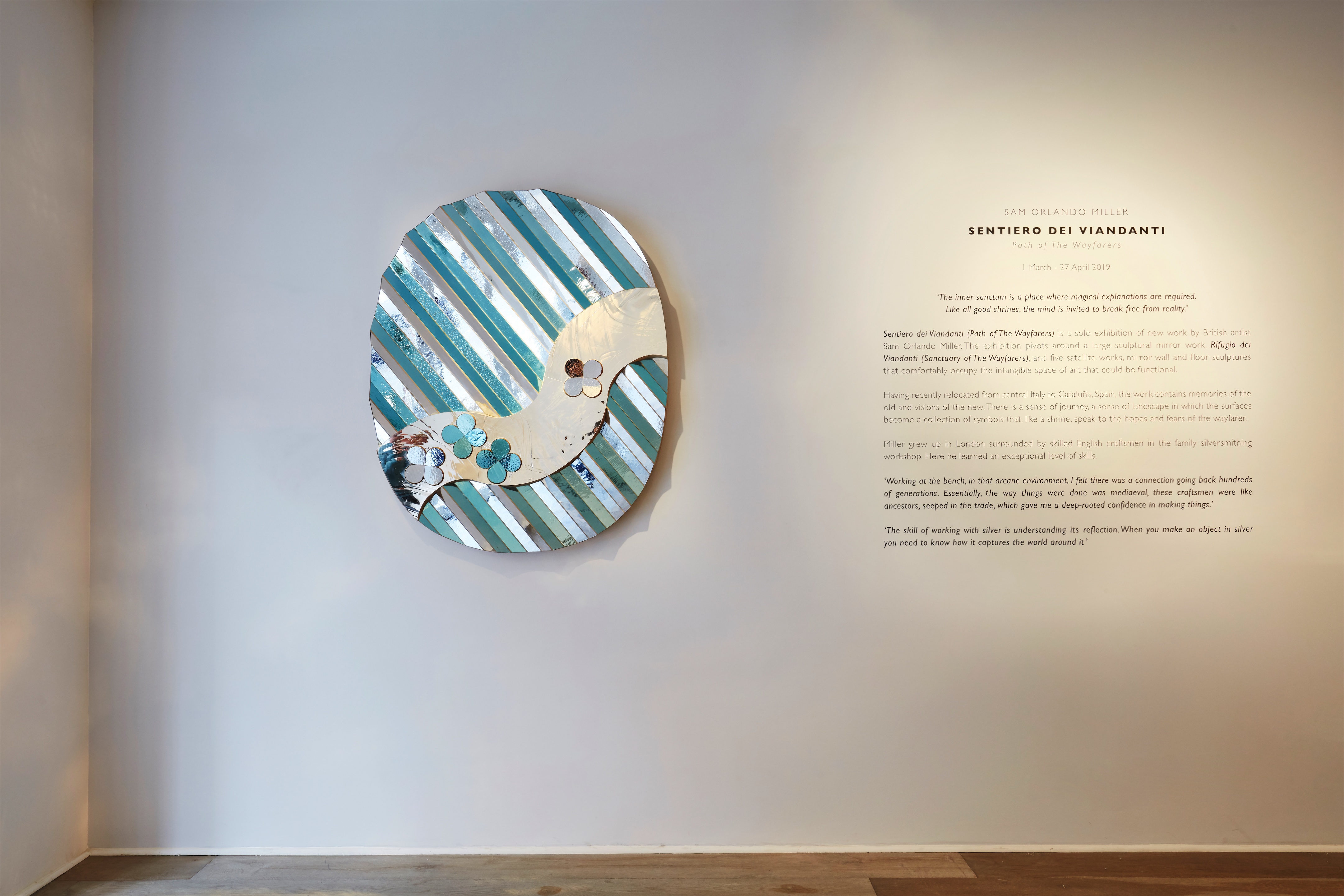 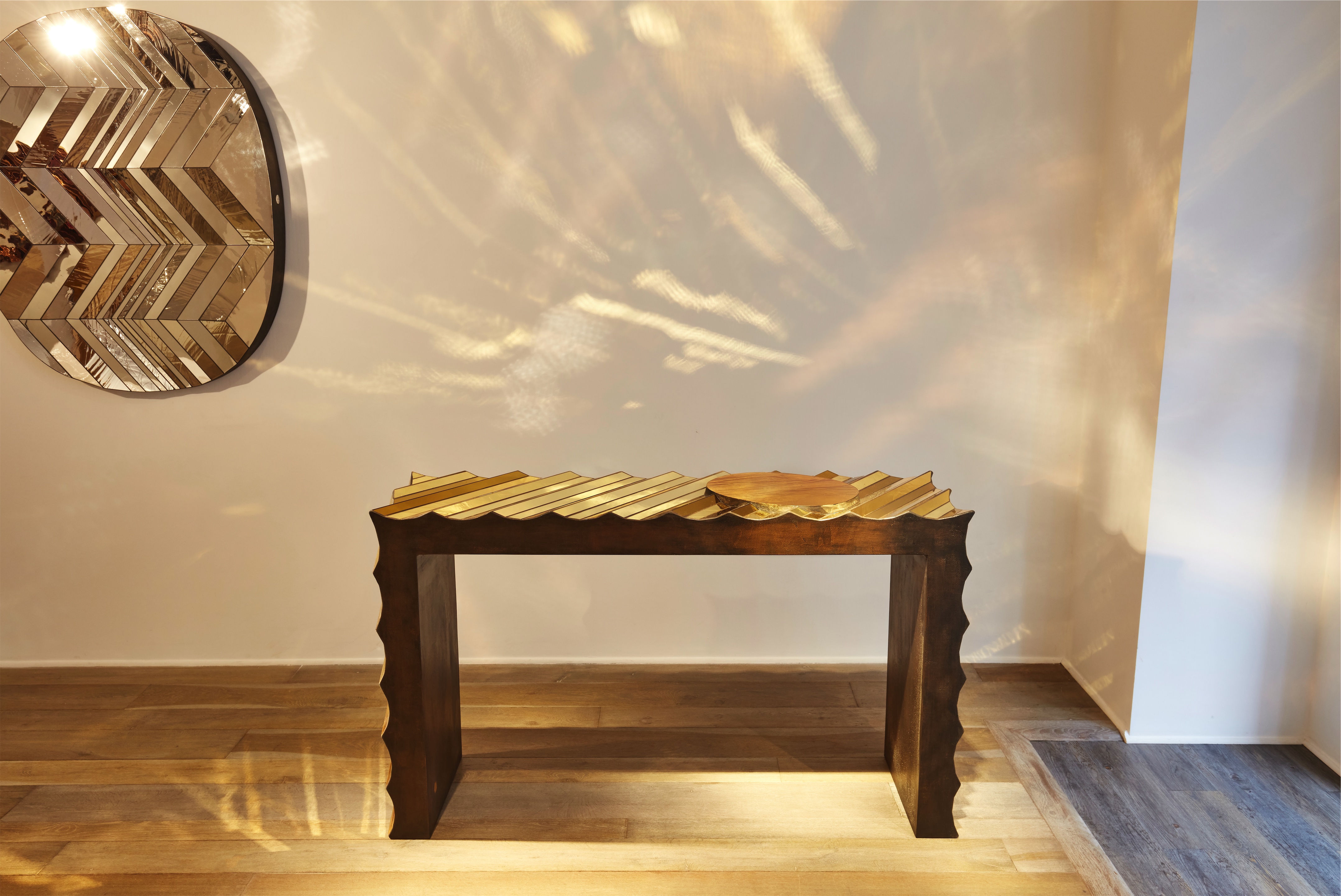