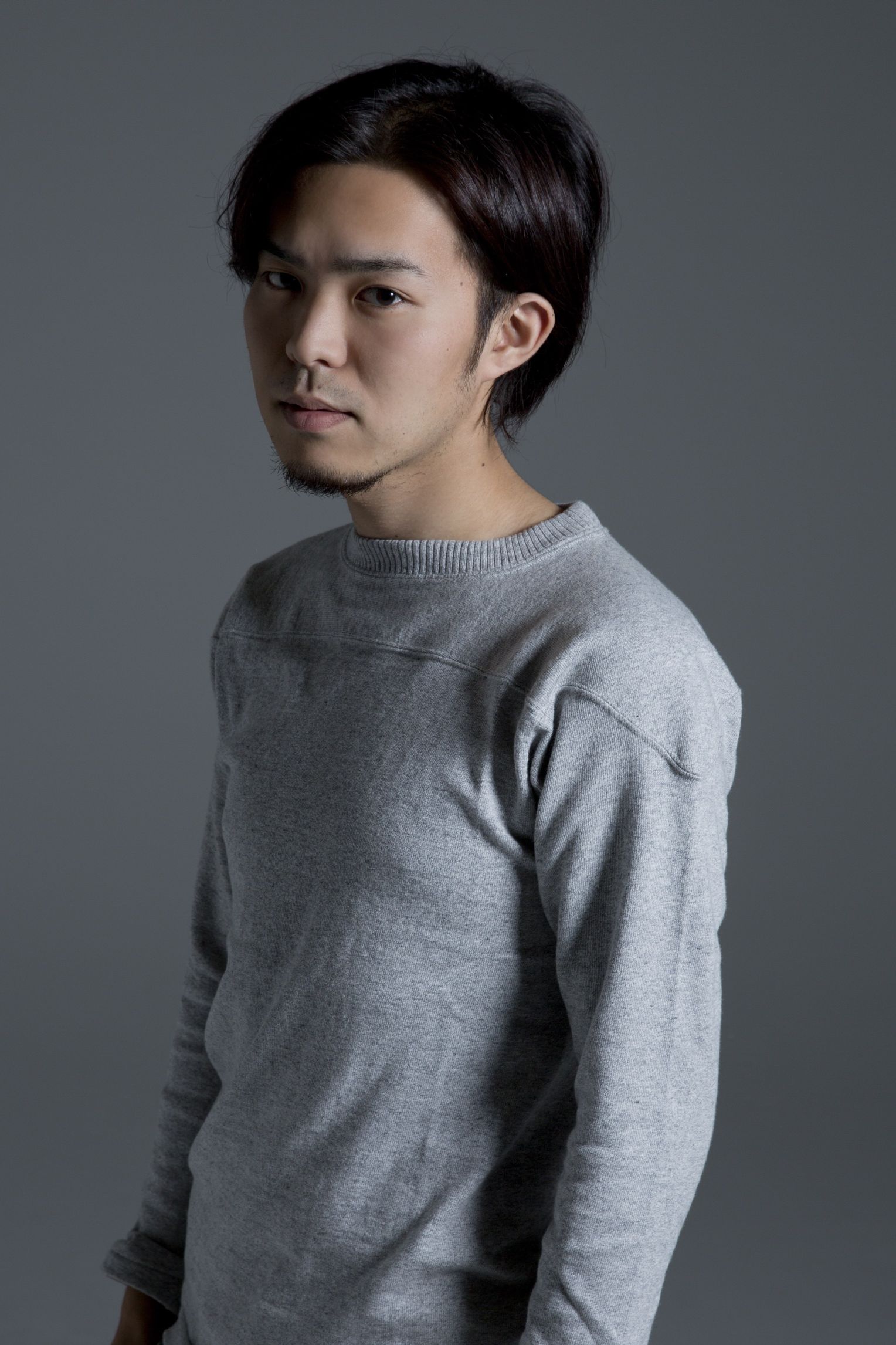 Shinta Nakajima studied BA metal craft course at Musashino art University, Tokyo. After graduated, He started to work as a technician during 5 years under Professor Hiroshi Suzuki who is Japanese British silver smiths.
Every his works are raised up from the flat sheet of metal by Hammering and Chasing. The process takes for over a few hundred hours at least. He said, “My silversmithing is so simple, I beat 3times per second, it means 10 thousands per hours. So at the end I might beat it over 1million times for the finish. And I think that the most important things in this long meditative process is the conversation with the material. Even though tiny hammer marks, these are already the grain of energy. And it could consist the huge flowing force.” He tries to integrate the metal as the stable material with the transience beauty of plant especially seeds and fruits which symbolized the vessel of life. He believes that his tiny grain of hammering produces the organism as the cell of the vital vessel, “Fruit”. 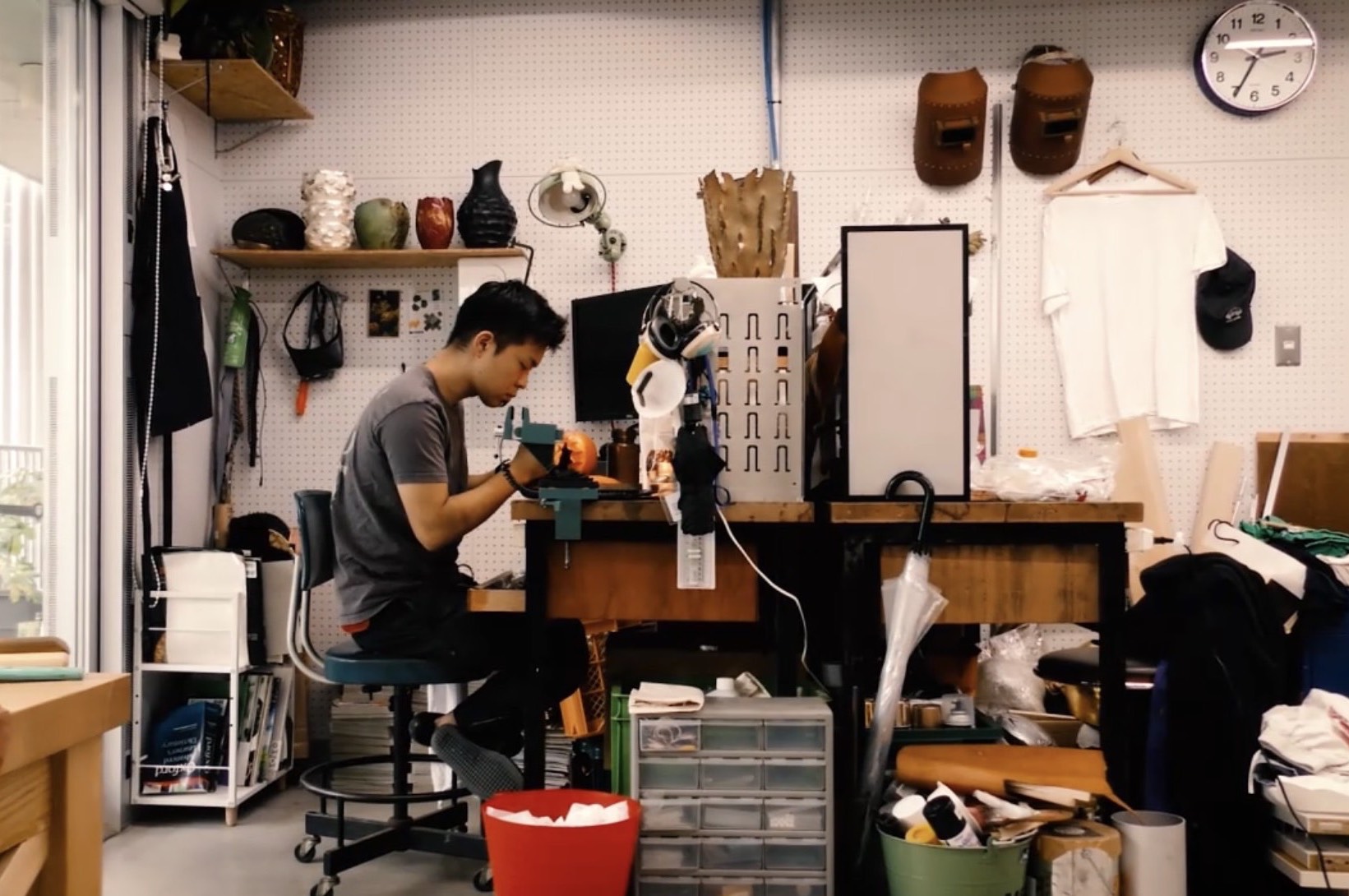 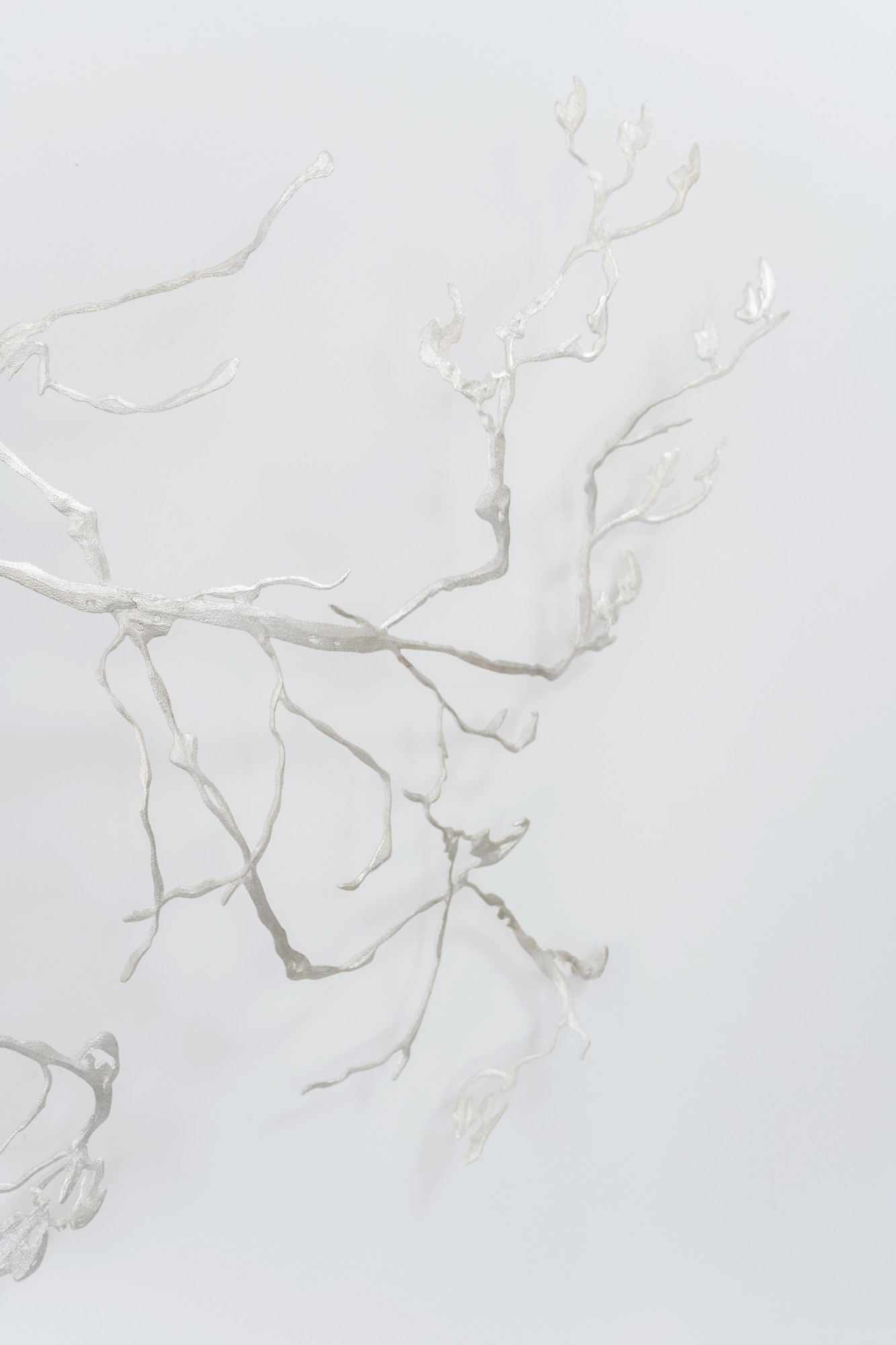 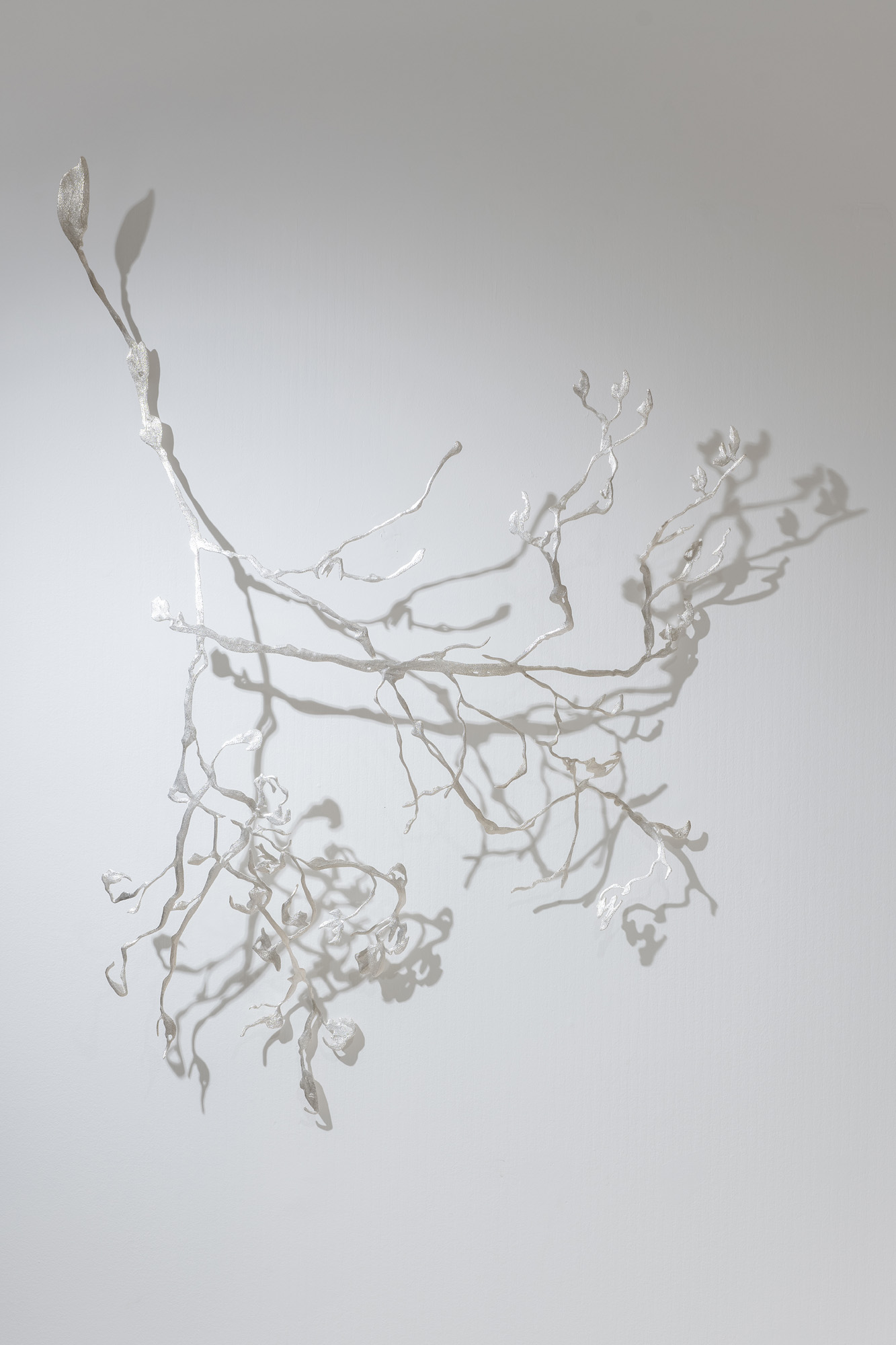 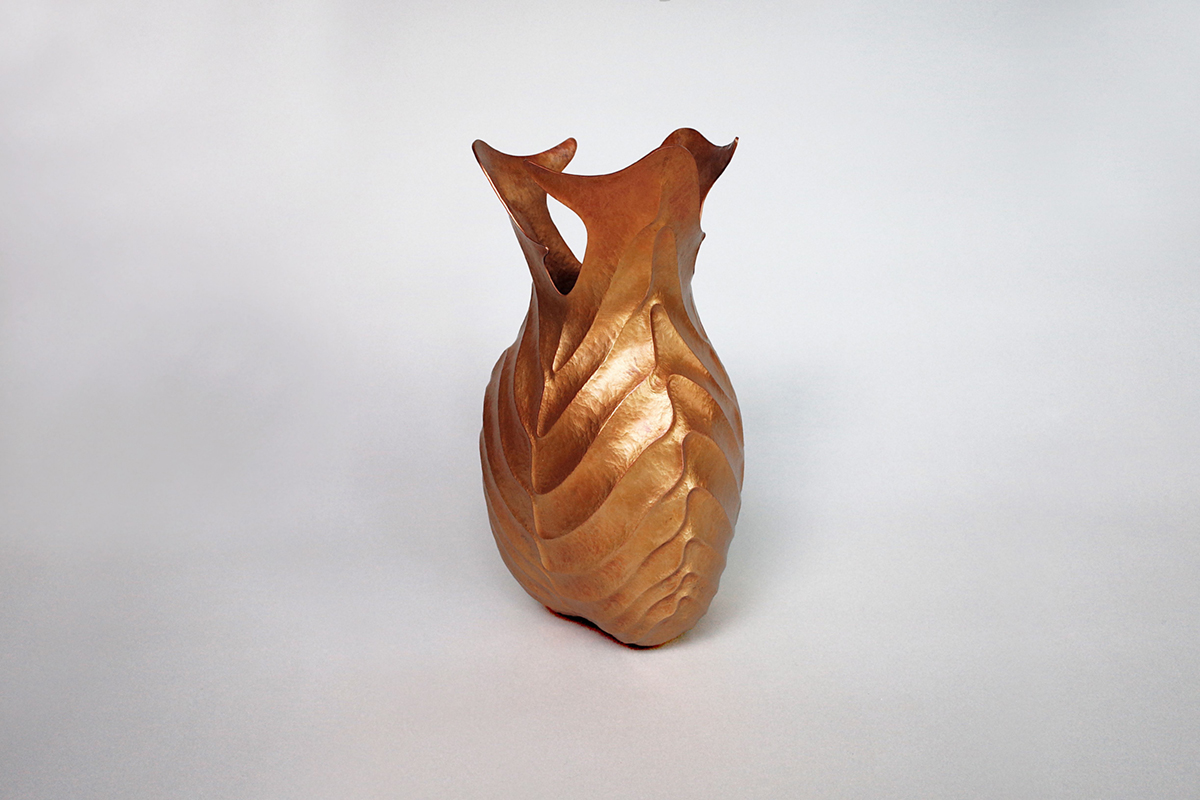 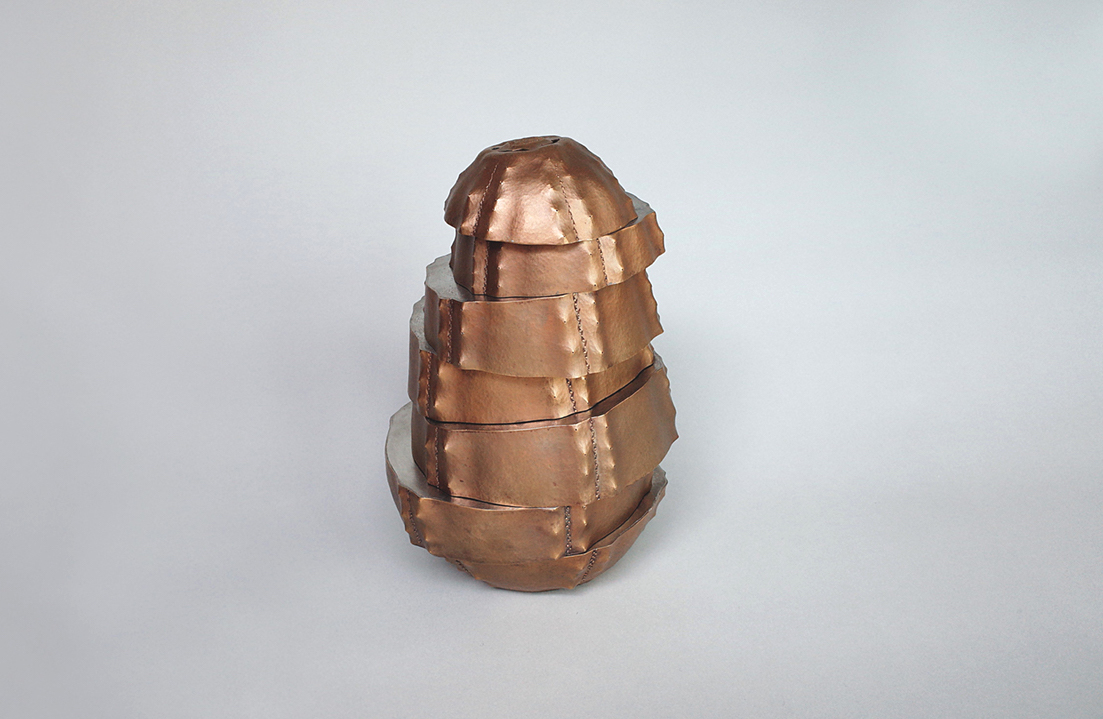 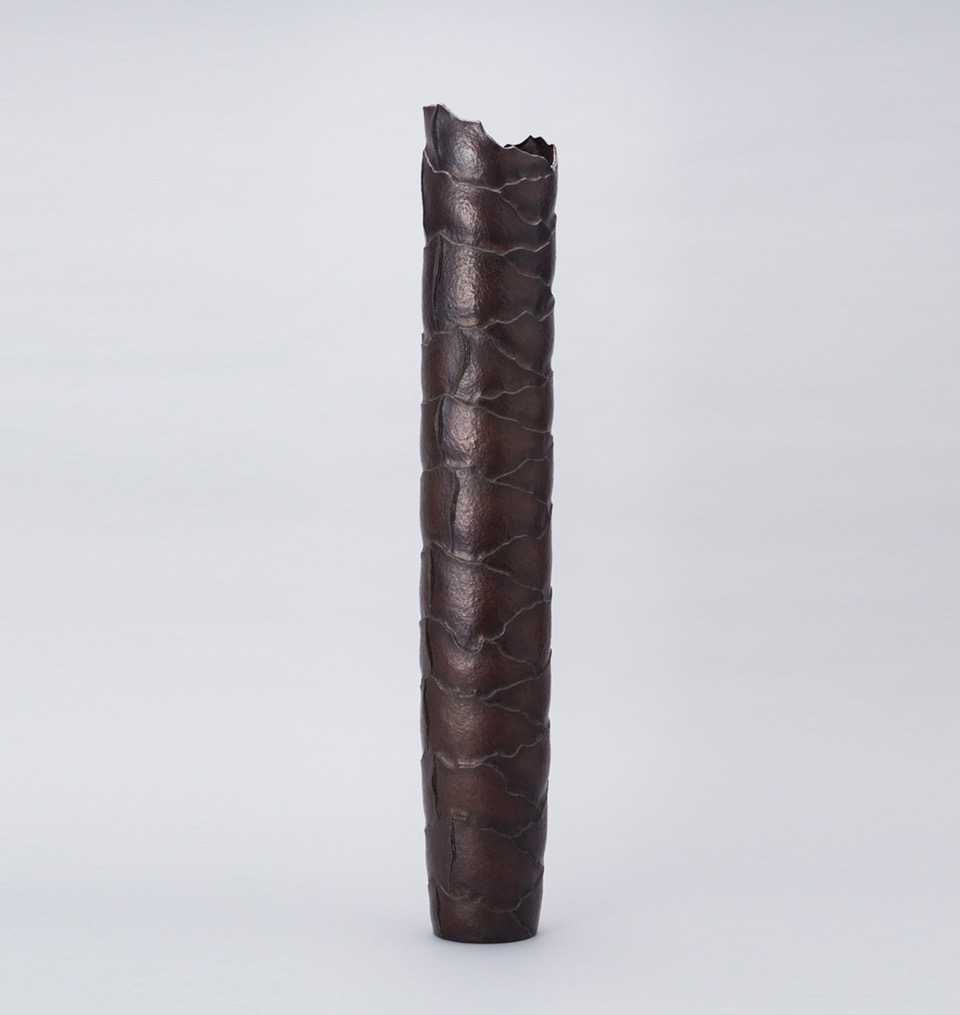 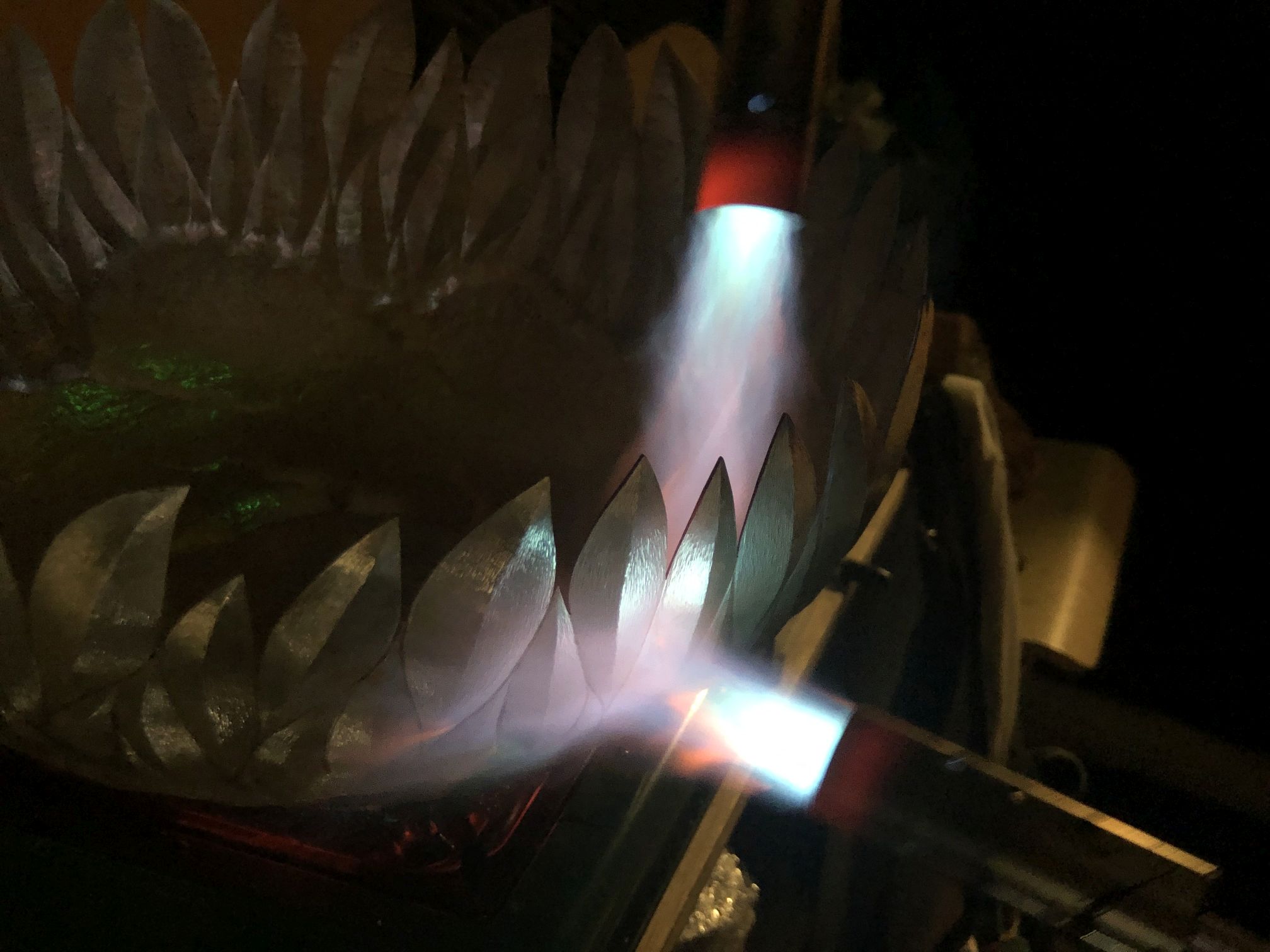 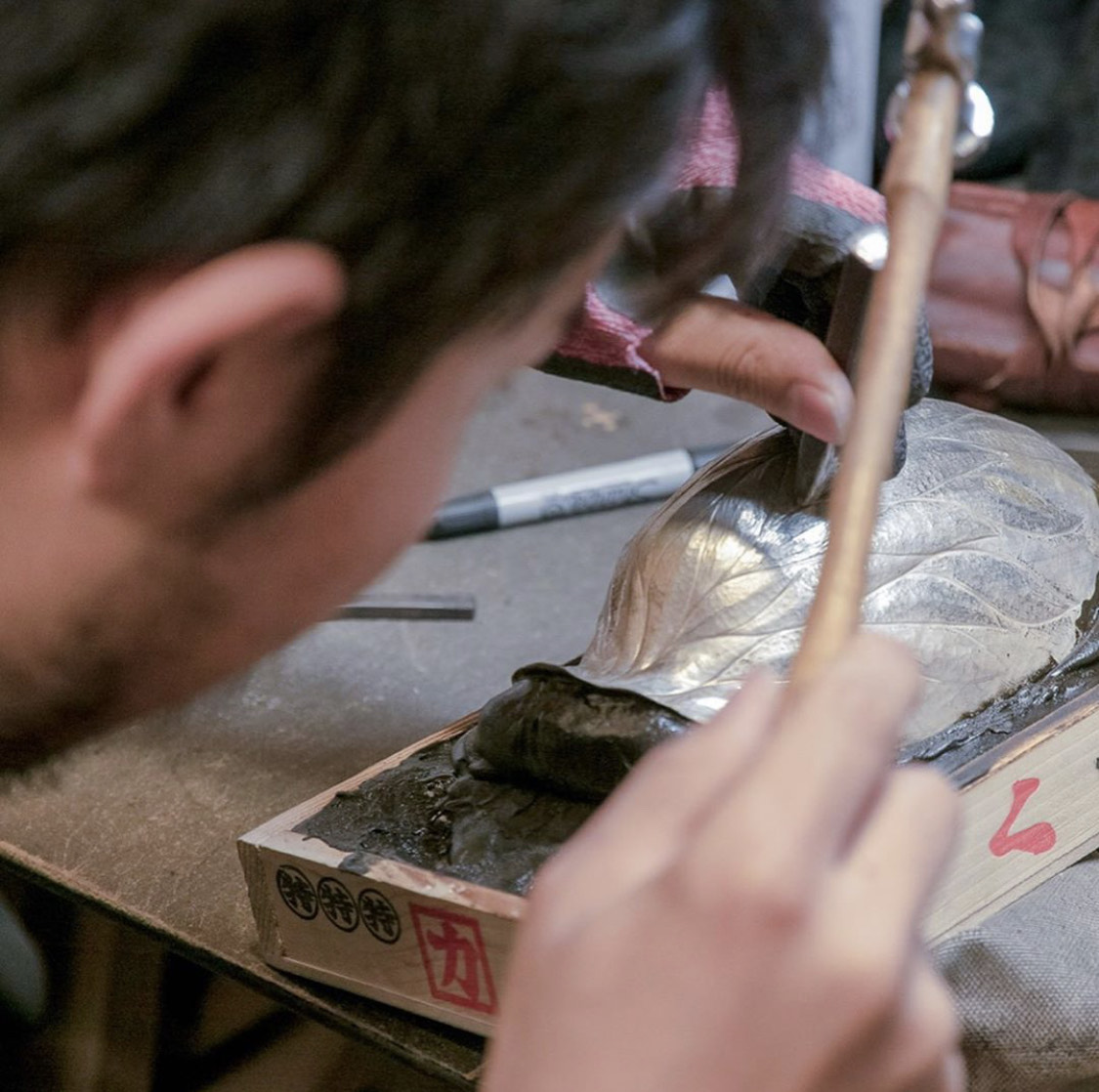 My silversmithing is so simple, I beat 3 times per second, which means 10.000 times in an hour 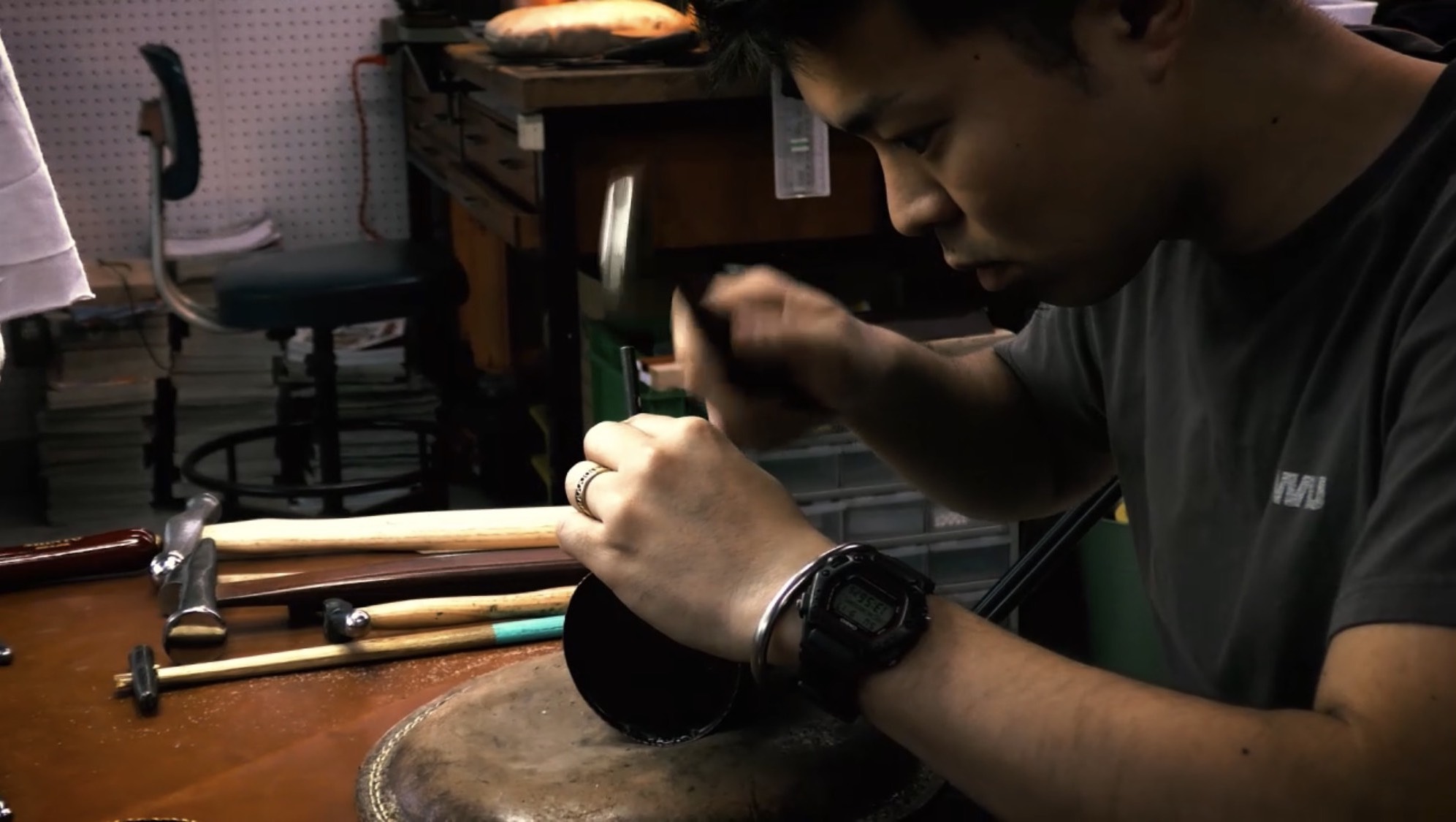