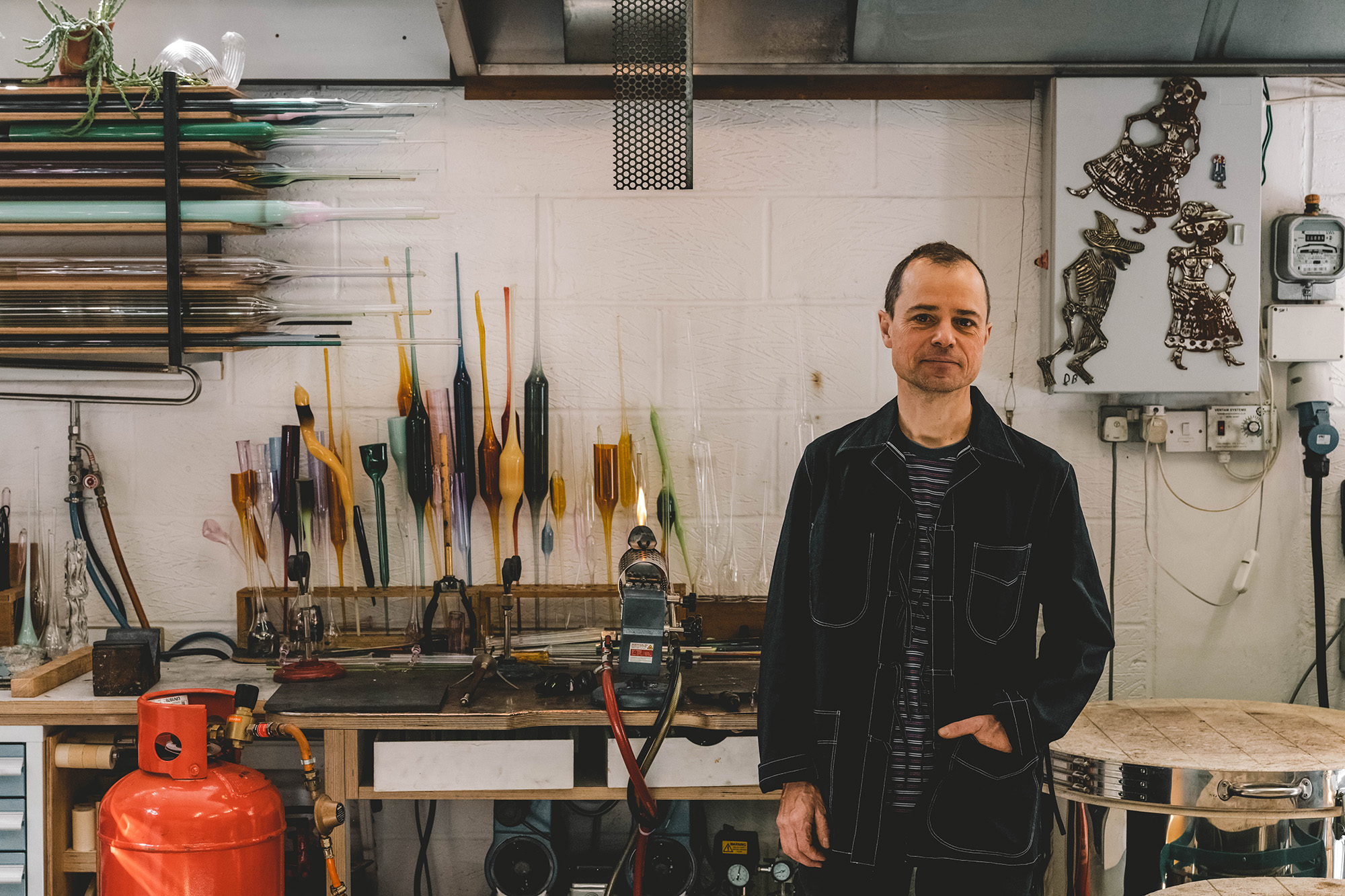 Jochen Holz (b. 1970,  Germany) is a London-based glass artist whose innovative employment of lampworking – a form of glassblowing used primarily to make scientific equipment – is repurposing the technique in the art world. He graduated from the Royal College of Art in 2003 with an MA in Ceramics and Glass. Indeed, whilst he has received training in scientific lampworking, Holz has chosen to practice it creatively, a radical departure from its traditional usage which positions him as one of the only people working in his field in the UK.

Through extensive practice, Holz has developed a distinct language in his craft. One example is his method for texturing clear glass tubes by pressing molten areas onto different surfaces such as perforated metal or wood, resulting in textured, undulating tableware. Always pushing perceived ideas of his material, Holz sees this tableware series–enriched with character, shape and history–as the antithesis of Walter Benjamin’s idea that glass is a ‘material with no aura’.

His work with neon is similarly original. Examining the possibilities of sculptural lighting, he bypasses the conventional thin, wall-mounted lamps and opts instead for thick borosilicate glass tubing to create free-standing 3D shapes. The neon forms play with the light emitted by the different rare gasses, the undulating tube subtly manipulates the light, softening and intensifying it in turns. There are no coatings or filaments, just pure light radiating from within the tube. When switched off, only the clear or coloured glass form remains. These pieces are pushing the boundaries of what can be achieved with conventional neon in terms of size and open up new aesthetic qualities within the neon tradition.

Other larger scale free blown pieces experiment with the use of thick clear profiled borosilicate rods and tubes. The chandelier “La Belle et la Bête” uses the format of a traditional chandelier to produce a deconstructed organic version of the classic interior centre piece, inspired by the scene of the living chandelier arms at the entrance hall to the castle of Jean Cocteau’s 1946 film “La Belle et la Bête” 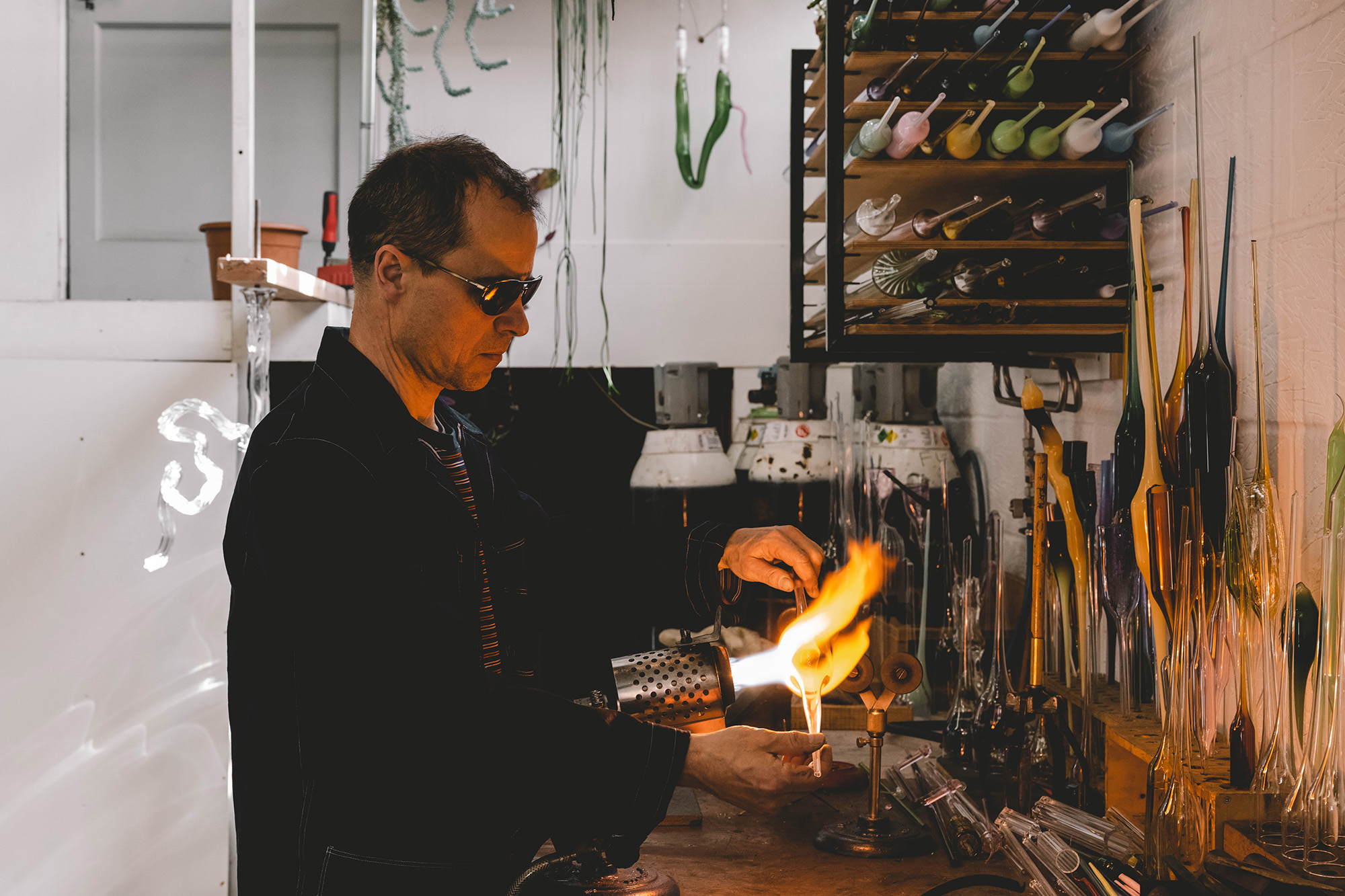 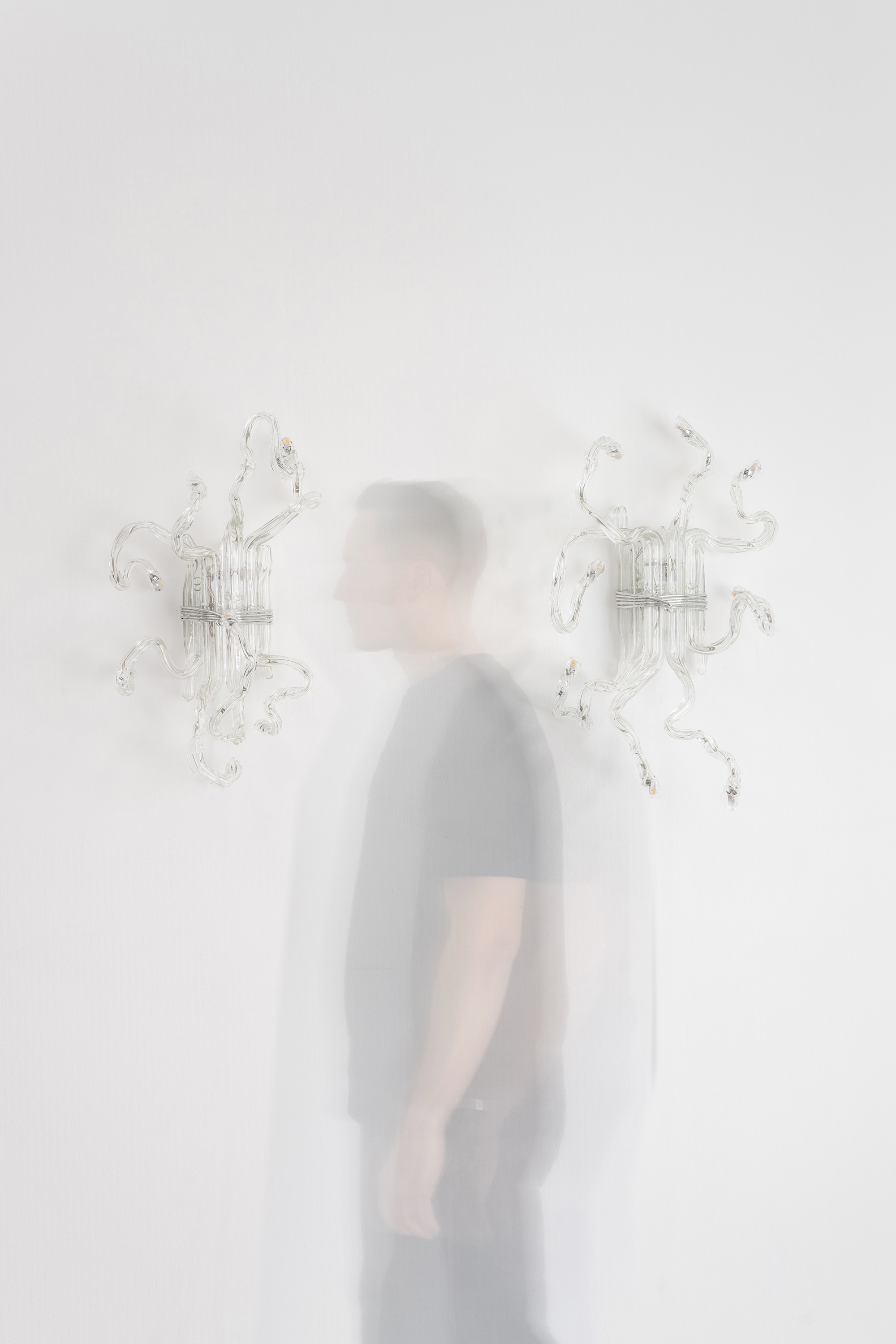 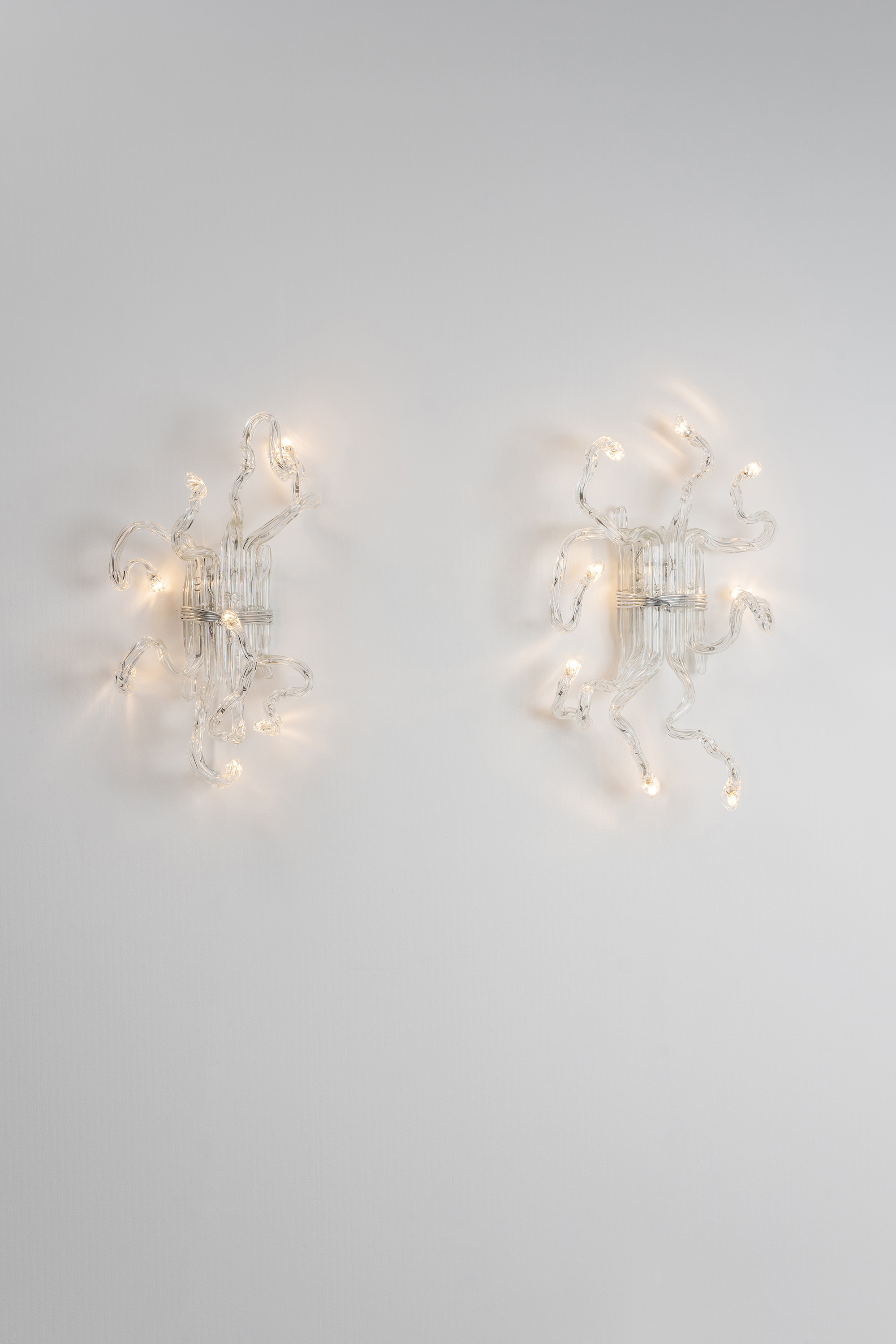 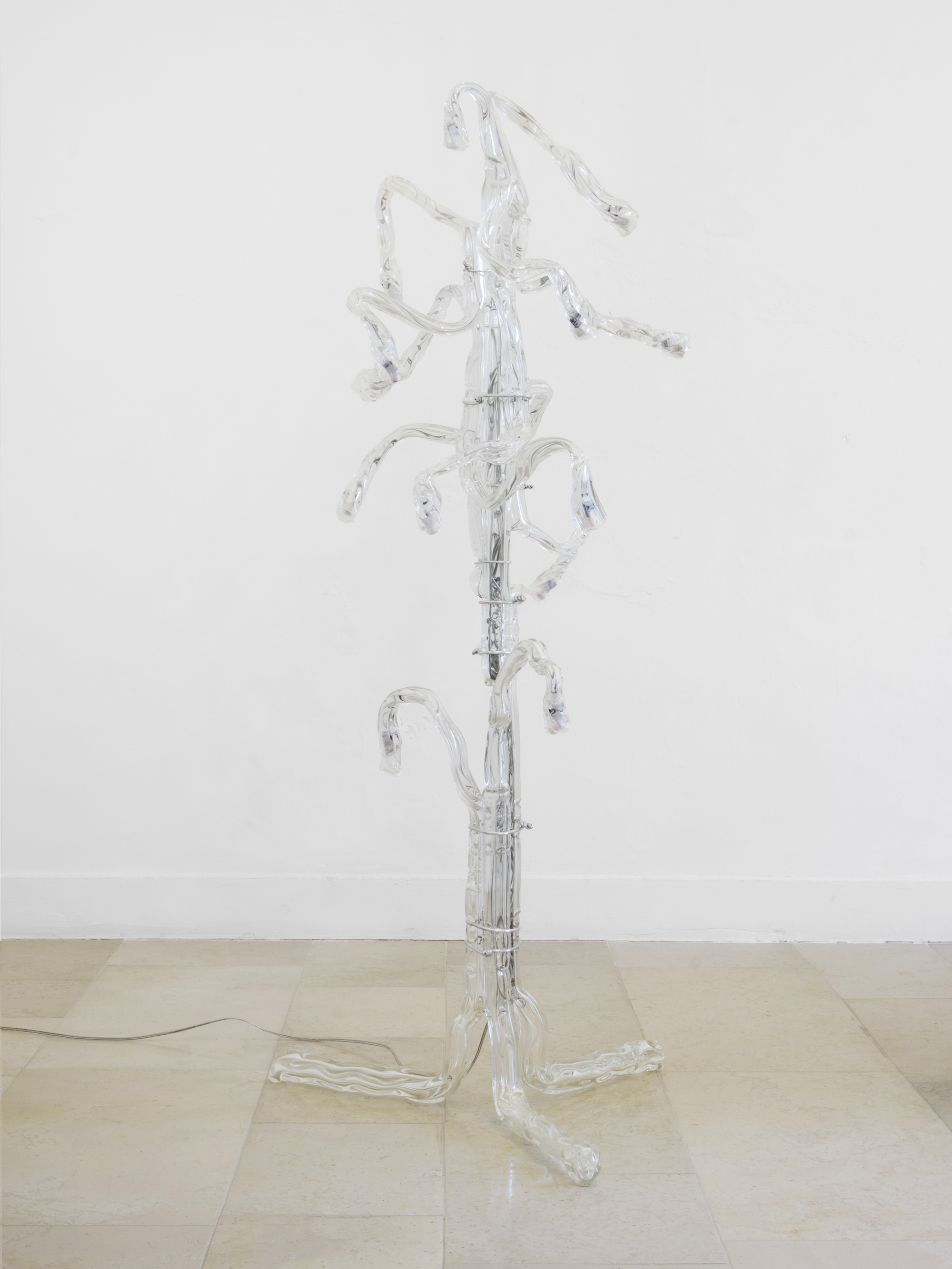 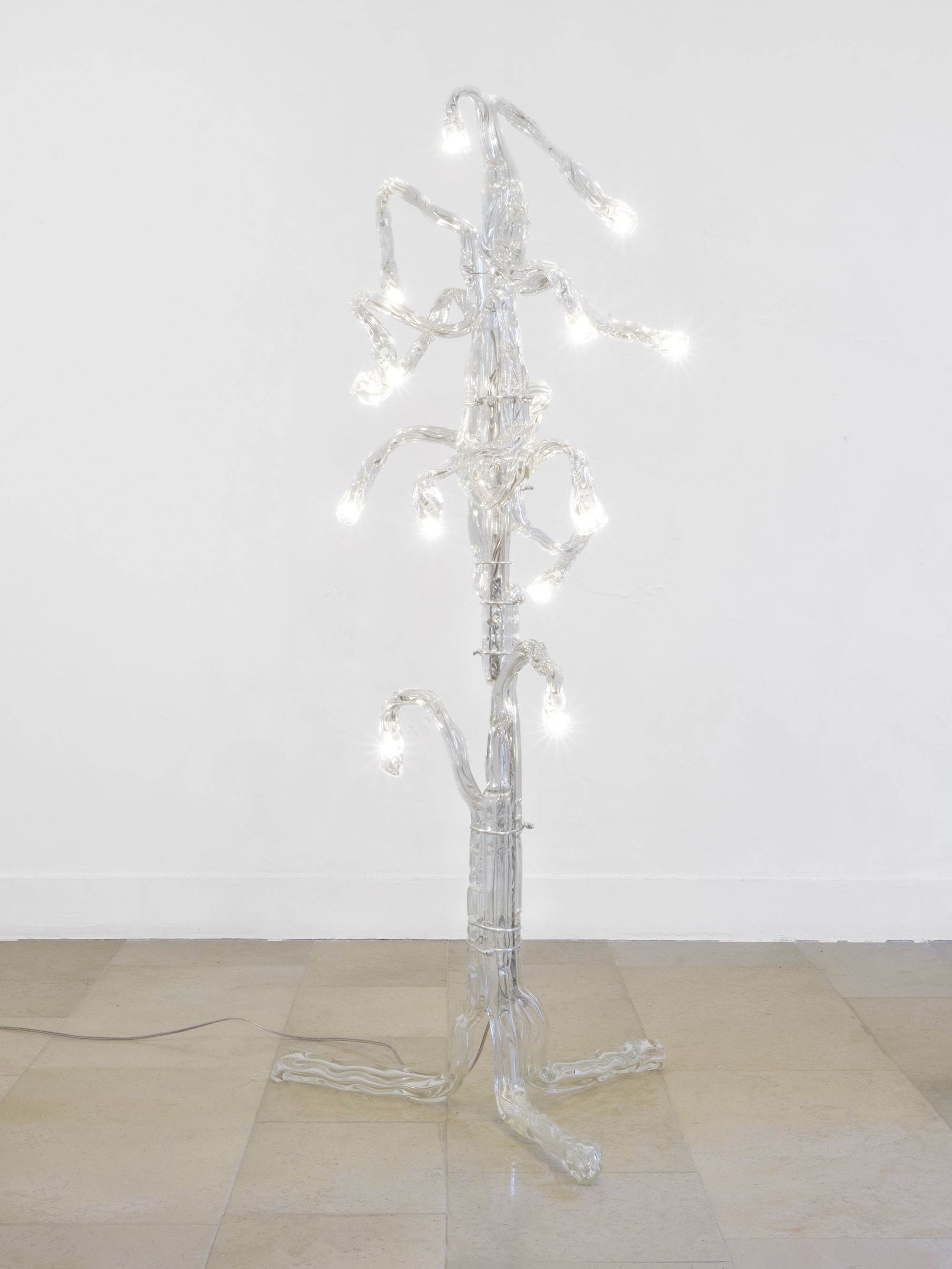 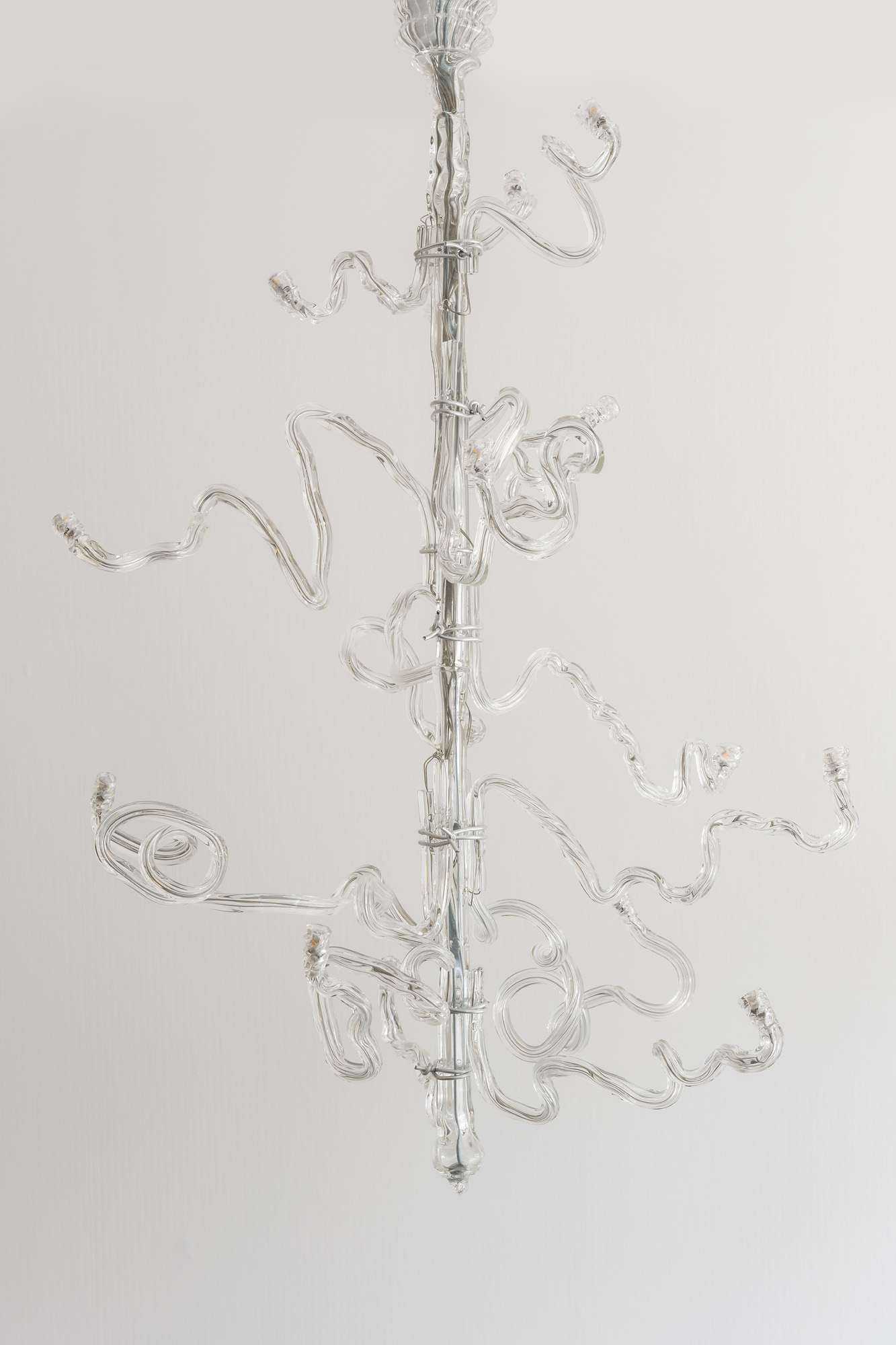 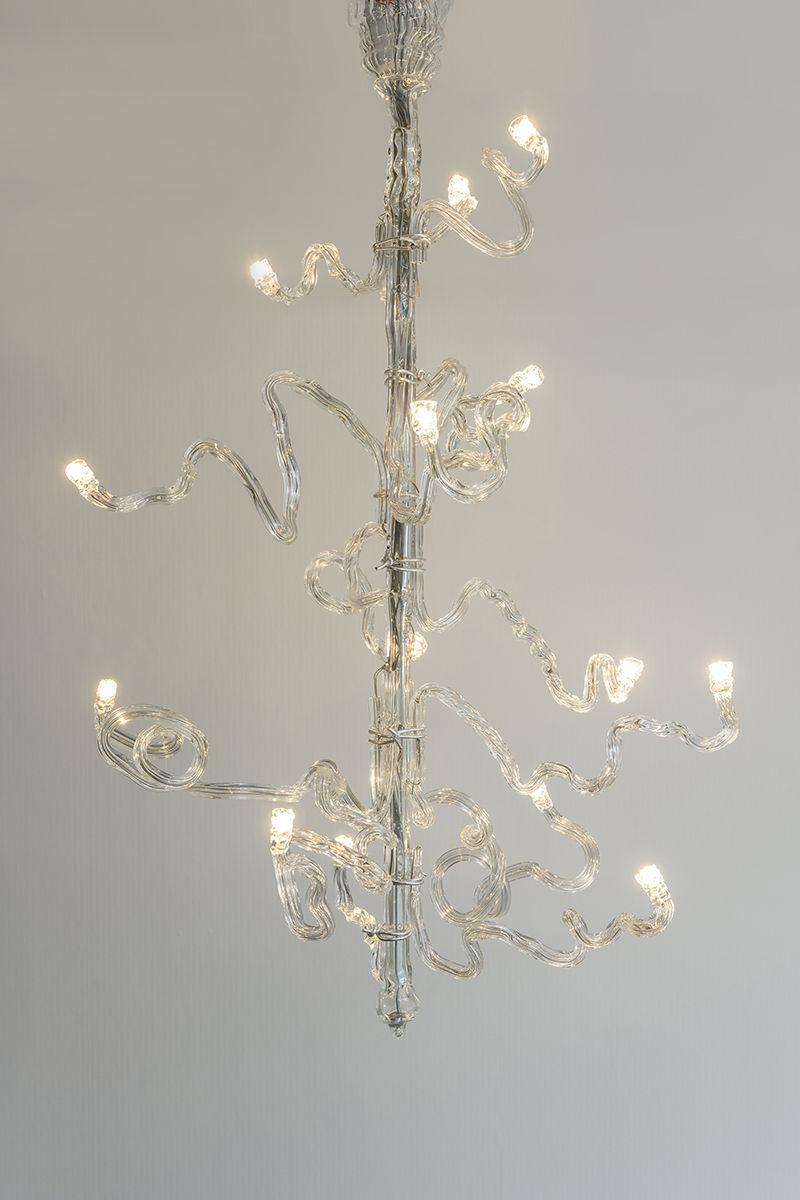 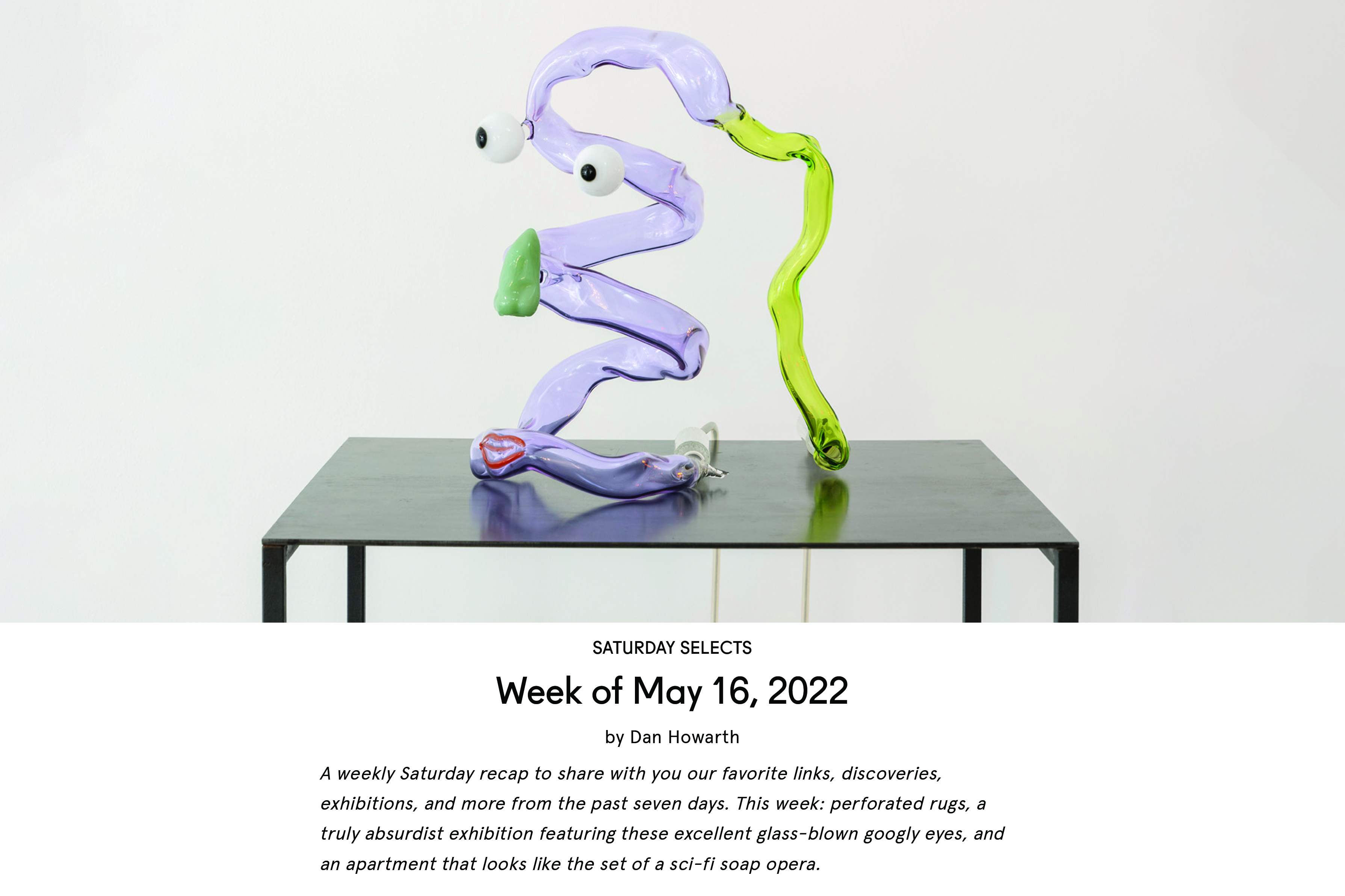